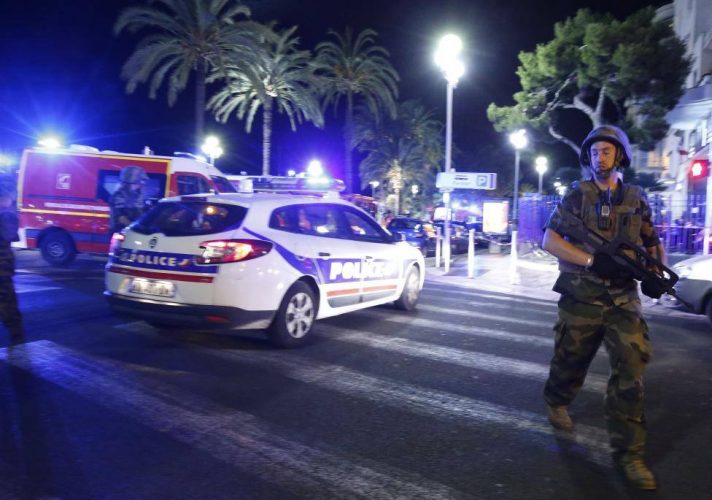 Here we go again, YET another terrorist attack.

A Bastille Day fireworks celebration was shattered by death and mayhem Thursday night in the southern French city of Nice when a large truck barreled for more than a mile through an enormous crowd of spectators, crushing and maiming dozens in what France’s president called a terrorist assault. It came eight months after the Paris attacks that traumatized the nation and all of Europe.

Officials and witnesses in Nice said at least 84 people, including children, were killed by the driver of the rampaging truck, who mowed them down on the sidewalk. He was shot to death by the police as officers scrambled to respond on what is France’s most important annual holiday.

Graphic television and video images showed the truck accelerating and tearing through the crowd, dozens of victims sprawled in its path, and the bullet-riddled windshield of the vehicle. Municipal officials and police officers described the truck as full of weapons and grenades.

“The horror, the horror has, once again, hit France,” President François Hollande said in a nationally televised address early Friday. He said the “terrorist character” of the assault was undeniable, and he described the use of a large truck to deliberately kill people as “a monstrosity.”

John Dichiara was dining on nearby rooftop when the attack occurred. He told PolitiChicks:

‘I was on the hotel roof watching the Bastille day fireworks. A Woman started screaming, we went over to see what was going on. I looked over the edge of the hotel saw bodies in the street. Tragic–I talked to an eye witness that said the truck hit over one hundred people. I was also in Turkey the day the airport was bombed. What are the odds?’ 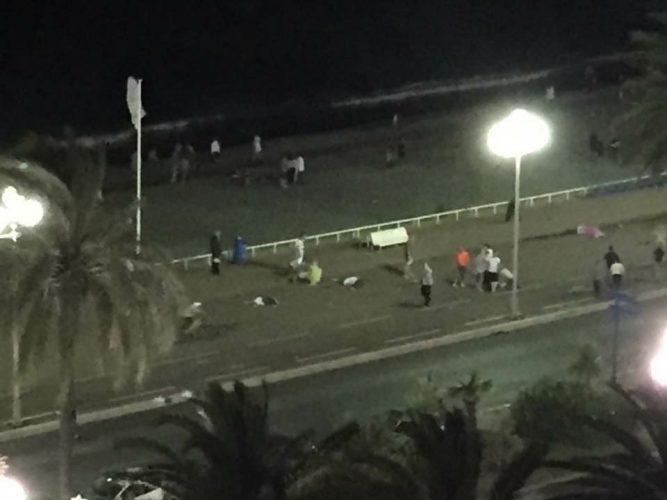