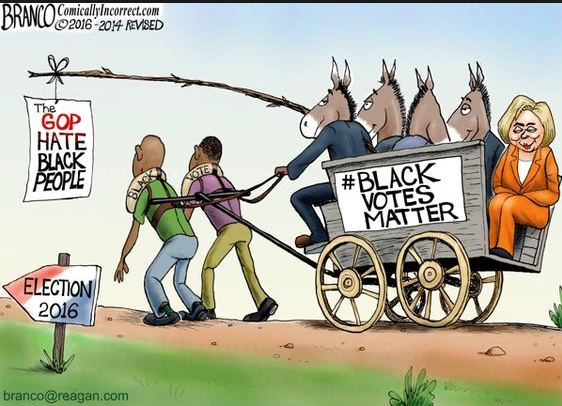 We must understand the nationwide attack on police in this country is being orchestrated by the radical left in an effort to create chaos, destruction, division, and death. This past week we saw the shootings of Alton Sterling in Baton Rouge, Louisiana on July 5th and Philando Castile in Falcon Heights, Minnesota on July 6th. The Black Lives Matter movement organized protests in several cities following these shootings. As we have seen they are very good at quickly mobilizing protestors. They do not care that the facts surrounding these shootings have yet to be determined. Their rush to judgment, along with our President, condemns the police and portrays the men who were killed as not guilty of anything except being black.

American blacks need to realize they are being used by the most radical forces at work in this country to divide us in order to destroy us. The police are not our enemy. Of course there are some bad actors and they will be brought to justice. We must respect our legal system to determine guilt or innocence in these cases. The media spin on the left and the right will not reveal all the facts in their rush to judgment. As the song says “Believe half of what you see and none of what you hear.” Time after time we have a black man killed by police, and time after time we have protestors in the streets, always at night it seems, protesting the actions of the police. Of course the instigators use these protests to riot, loot, burn and destroy everything they can until the next time. The pattern repeats because the pattern works. The Obama administration would jump at the opportunity to nationalize our police force and to strip law abiding citizens of their Second Amendment right to possess firearms. The left would not hesitate to create circumstances to hasten such a move if possible.

Does anyone else find it odd that the Dallas shooter was able to commit his terrorism, killing five policemen and wounding many others, seemingly spontaneously with a hastily assembled Black Lives Matter protest in a city with very little racial unrest and where the diversity of the police force reflects to a good measure the diversity of its citizens?

It is also interesting how FBI Director James Comey’s announcement on July 5th of Hillary Clinton’s many felonious actions and his determination they did not rise to the level of indictable offenses but merely “extremely careless” was the media story for less than a twenty-four hour news cycle. Once these shootings occurred there was not more coverage the Clinton scandal. The American people are being manipulated by the media.

Donald Trump: "I am the Law and Order Candidate"