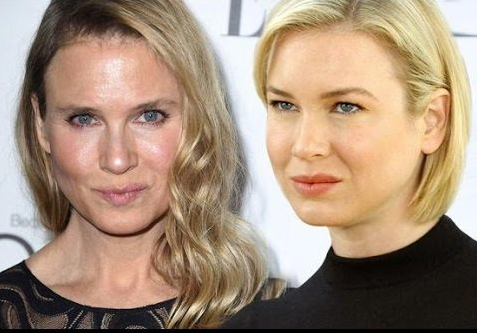 Actress Rose McGowan, best known for her role on the television series ‘Charmed’, went ballistic on Variety writer Owen Gleiberman after he criticized actress Renee Zellweger (‘Bridget Jones’s Diary’) for having plastic surgery on her face.

In her piece, McGowan encouraged others who’ve worked with Zellweger to defend her as well.  She wrote in the Hollywood Reporter,

Renee Zellweger is a human being, with feelings, with a life, with love and with triumphs and struggles, just like the rest of us. How dare you use her as a punching bag in your mistaken attempt to make a mark at your new job. How dare you bully a woman who has done nothing but try to entertain people like you. Her crime, according to you, is growing older in a way you don’t approve of. Who are you to approve of anything? What you are doing is vile, damaging, stupid and cruel. It also reeks of status quo white-male privilege. So assured are you in your place in the firmament that is Hollywood, you felt it was OK to do this. And your editors at Variety felt this was more than OK to run.

You are an active endorser of what is tantamount to harassment and abuse of actresses and women. I speak as someone who was abused by Hollywood and by people like you in the media, but I’m a different breed, one they didn’t count on. I refuse and reject this bullshit on behalf of those who feel they can’t speak. I am someone who was forced by a studio to go on Howard Stern, where he asked me to show him my labia while my grinning male and female publicists stood to the side and did nothing to protect me. I am someone who has withstood death threats from fan boys, had fat sites devoted to me. I’ve withstood harassment on a level you can’t comprehend, Owen.

I was so confused by the heaping tons of abuse, I actually forgot what I looked like. Which is awesome because I rose up from some serious ashes to finally have my say. Here’s some truth: Men like you and the women who sit idly by and say nothing should know that aiding and abetting is a moral crime, and if it were punished in Hollywood, most of you would be in some form of jail.

Any studio that Renee Zellweger has made money for, any co-star she’s supported or anyone who takes a percentage of her income should be doing what’s right: They should be calling this harassment out.

McGowan also wrote about the destructiveness of public bullying:

As a woman who has been bullied for years by a vicious pack of lower beings, I can relate to this. Many are probably silent because they do not wish for the proverbial pen to be pointed at them; I say point away. Short of killing me, you can’t possibly do more than what was done to me in my tenure as an actress. I don’t care if you’re afraid. Be brave. Do what’s right, for once. I loathe fear. And this town is built on fear. Fear was instilled in me by the men and women of this town, just as I’m sure it was instilled in Ms. Zellweger. Fear of being blacklisted, fear of being branded difficult, fear of … fear of … fear of.

Well, guess what, Owen? I am not afraid of you or anyone. It is a small, small, myopic, self-fellating town that loves to love itself. I am here to ask you all to put the mirror down and look out at society, because whether you’re aware of it or not, you too are part of society, and by retreating to the standard go-to — silence — you are hurting all of us. Look at what you’re doing and where you bear responsibility and culpability. Who are you all protecting and why? Who are you helping and why?