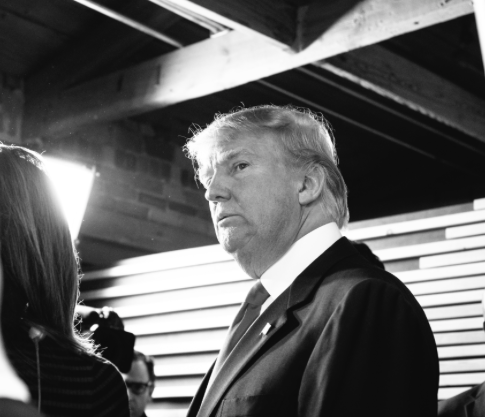 Trump University was incorporated in 2004. It launched as an educational institution in 2005. Donald Trump advertised that he could “turn anyone into a successful real estate investor.” It had three tracks, gold, silver, and introductory.

The lawsuit against Trump University (and Donald Trump, also named as an individual in the complaint) in August 2008. Tarla Makaeff attended Trump University’s three-day “Fast Track to Foreclosure Workshop” for $1,495. She complained that the song “Money, Money, Money” from The Apprentice television show was used to thrill people about money and “up-sell” them to the gold program for $34,995. Apparently persuaded, Makaeff paid $34,995 to enroll in the Gold Elite Program, which entitled her to four three-day “advanced training workshops,” a three-day “mentoring session in the field,” and “training publications, software, and other materials.”

In April 2009, after completing five more programs and workshops, and after seven months of the Gold Elite Program, she wrote an email to Trump University complaining that she could not pay the whole sum and thought she “did not receive the value that I thought I would for such a large expenditure.”  In response to Makaeff’s email, Trump University offered more free “mentoring services,” which Makaeff accepted.

Having accepted these services and used them, Makaeff then wrote to her bank and the Better Business Bureau, contacted government agencies, and posted on Internet message boards about her dispute with Trump University.  Makaeff requested a refund of $5,100 from her bank for services charged for Trump University programs (had Trump refunded her this money in 2009, there would most likely have never been this lawsuit at all).  In the letter to the Better Business Bureau, Makaeff requested a refund of her payments for services that she did not receive and complained of the following: “fraudulent business practices,” “illegal predatory high pressure closing tactics,” “brainwashing scheme[s],” “outright fraud,” “grand larceny,” “identity theft,” “unsolicited taking of personal credit and trickery into [sic] opening credit cards,” “fraudulent business practices utilized for illegal material gain,” “felonious teachings,” “neurolinguistic programming and high pressure sales tactics based on the psychology of scarcity,” “unethical tactics,” “a gargantuan amount of misleading, fraudulent, and predatory behavior,” and business practices that are “criminal” etc. Some of these claims sound preposterous, especially in view of the fact that “high pressure sales tactics based on the psychology of scarcity” and “neurolinguistics programming” constitute bases of real estate dealing.

She published these claims on the internet, thus Trump University countersued for defamation – and won (it is no small feat to win a defamation lawsuit in California, where anyone can Yelp their mouths off with impunity, under the guise of “opinion”). Upon appeal, it was determined that TU is a limited public figure and would have had to prove malice in order to prevail. Thus, the lower court ruling was negated and TU ordered (by Judge Curiel) to pay Makaeff’s legal fees of approx. $800,000.

In the meantime, in reaction to the publicity created by Makaeff, a class action lawsuit was filed under CAFA (Class Action Fairness Act) alleging fraud, false advertising, abuse of elders (some of the course participants were over 60, even 65 years old), RICO violations and other claims in excess of $5mil. All complaints have been published and a site established in order to glean as many “injured” Trump University students as the lawyers could find in order to make this action really “worth it” – available here – arguing that the positive reviews had been provided under pressure and that everyone has the right for triple statutory damages (3x$35,000) plus punitive and other damages.

First year law students learn the law of contracts, which contains the definition of “promise,” “consideration,” and that “puffing” does not constitute a valid “promise.” We all know this from T.V. commercials: “Buy My Pillow, the best pillow in the world. You will sleep like a little baby…” If I tell you my car is a “chick magnet” and “you are sure to meet your next wife in it” or something of the kind, it is a very different statement from “my car can do 60mph in 3 seconds or my car’s consumption is 50 miles per gallon.” Donald Trump will have to show is that his advertising was simple “puffery” and that the students could not have expected to become “real estate magnates” – in particular at the age of 65 when they had never done any real business before.

By example, the lawsuit quotes from the Trump University website, where Donald Trump states:

“Trump University grew out of my desire to impart my business knowledge, accumulated over the years, and my realization that there is a huge demand for practical, convenient education that teaches success. I want the people who go to Trump University to succeed, and I plan to do my part to help them. I’m not just putting my name on this venture; I plan to be an active presence in the curricula. The website, www.trumpuniversity.com, will include such features as “Ask Mr. Trump,” in which I answer your questions; the blog you’re reading now; video clips of me; and more. My words, ideas, and image will also be woven into the courses we create. The reason I’m playing such an active role in Trump University is that I truly believe in the power of education . . . . [T]he people who go to Trump University want to be successful, and I’m on their side.”

Is this puffery or false advertising? The court will decide. However, as a former professor with passion for teaching, I feel for Donald Trump. Back in Europe, I co-founded the first MENSA Grammar School in Central Europe, where I taught for three years. Teaching is something I love doing and one is doubly blessed by imparting one’s knowledge: blessed by giving and by seeing the student grow, become a more powerful, self-reliant, independent, complete human being. Back in Europe, I was blessed when I saw how elated the parents were to have a special school for their special children with individual approach and curriculum tailor-made to each pupil… They were willing to pay anything! I had briefly considered doing the same here, but cases like TU dispel my hopes. What hurdles would such an entrepreneur have to clear in order to obtain accreditation – if even Donald Trump was unable to do so…?!

Further, Donald Trump took 40 years, perhaps three generations, to develop and establish his name. It is worth a lot of money and he has the right to use it for advertising. He also possesses the experience you would not obtain anywhere else, so you may opt for your local community college for $200/course or for Trump University for $20,000. At the end of the day, you must learn and study and try and fail – yourself. It seems to me that today’s mentality is that somehow someone will come to you and pour it into your head and you will become an instant genius commensurate to how much you have paid. And how about Clinton’s Laurate “University,” which charged $60,000+ while hardly being able to deliver what Trump’s program did?

Education is business. All Ivy League universities are probably $500,000 + expenses per degree. Of course, they will keep tabs on competition and pull strings with government when grants and subsidies, accreditations and degrees are concerned. The difference between Harvard and Trump was that Trump was not accredited and did not have a campus. Perhaps he should have written Art of the Deal II instead…