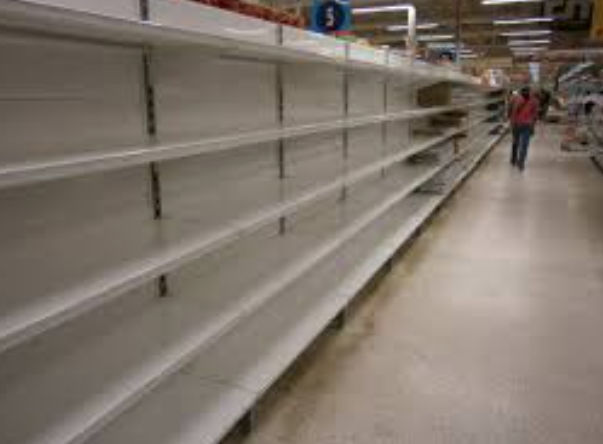 PolitiChicks hopes all Bernie Sanders supporters and/or anyone ignorant about the downfalls of socialism are following what’s happening in Venezuela.  When you turn over self-sufficiency and rely solely on a bloated, corrupt government, this is exactly what can happen.

Venezuela is convulsing from hunger.

Hundreds of people here in the city of Cumaná, home to one of the region’s independence heroes, marched on a supermarket in recent days, screaming for food. They forced open a large metal gate and poured inside. They snatched water, flour, cornmeal, salt, sugar, potatoes, anything they could find, leaving behind only broken freezers and overturned shelves.

And they showed that even in a country with the largest oil reserves in the world, it is possible for people to riot because there is not enough food.

In the last two weeks alone, more than 50 food riots, protests and mass looting have erupted around the country. Scores of businesses have been stripped bare or destroyed. At least five people have been killed.

This is precisely the Venezuela its leaders vowed to prevent.

In one of the nation’s worst moments, riots spread from Caracas, the capital, in 1989, leaving hundreds dead at the hands of security forces. Known as the “Caracazo,” or the “Caracas clash,” they were set off by low oil prices, cuts in subsidies and a population that was suddenly impoverished.

The event seared the memory of a future president, Hugo Chávez, who said the country’s inability to provide for its people, and the state’s repression of the uprising, were the reasons Venezuela needed a socialist revolution.

Now his successors find themselves in a similar bind — or maybe even worse.

The nation is anxiously searching for ways to feed itself.