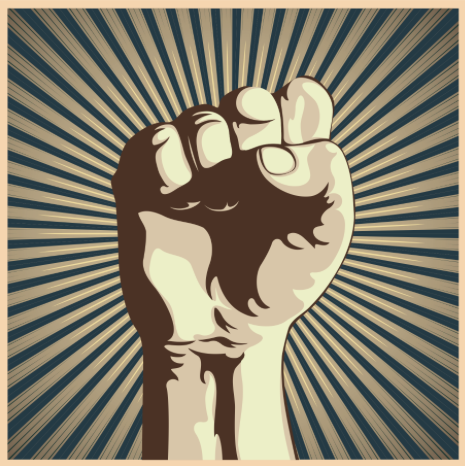 Nowhere in the Model Rules of Ethical Conduct for either lawyers or judges is there a mention of this strange new phenomenon called “social justice.” Indeed, only a person truly ideologically biased or completely ignorant of the law, such as Sen. Sanders, can speak of “social justice.” Justice is justice, just as democracy is democracy. Let us not malign it with the adjective “socialist.” Why is this important?

Let us consider a case in point, the latest controversial allegations regarding Donald Trump University case. Ms. Megyn Kelly, proudly portraying herself on television as an experienced trial attorney who had once been in charge of several class actions, proclaimed that the case against Donald Trump has merit because the summary motion was dismissed and class was certified. Disregarding  legal rules of ethics, she criticized Donald Trump for “litigating the case on television.”

However, what she omitted to say is that  it is exceedingly difficult to file a motion for recusal of a judge. All lawyers grumble and talk about judges behind their backs, but we dare not peep in court, because punishments are too severe and may result in reprimand, monetary penalty, jail, probation, even disbarment. Donald Trump’s lawyers would have to show judge Curiel’s bias by preponderance of the evidence relevant to the case. Evidence that the judge belongs to a racist group (e.g. La Raza) or has acted with bias on other occasions (e.g. awarding scholarships to illegals) is insufficient. Should the lawyers then be accused of making a “frivolous motion,” they might face all the punishments listed above, including disbarment.

One should not overlook that Federal Canon of Judicial Conduct states clearly that “A judge shall uphold and promote the, independence, integrity, and impartiality of the judiciary, and shall avoid impropriety and the appearance of impropriety.” (Canon 1) It also underscores the importance of lack of bias in the judge’s “personal and extrajudicial activities” in order to “minimize the risk of conflict with the obligations of judicial office.” (Canon 3)

It appears that La Raza, the organization of Latino-American judges breaches these two canons. The objection that their “La Raza” is not the La Raza, i.e. the Mexican anti-white KKK sponsored by Soros and other politically active globalist communists (although their La Raza has a link to the La Raza on their website and participates in similar activities) is tenuous at best. If it moves like a duck, quacks and looks like one… Involvement in non-profit extrajudicial activities which go contrary to the persuasion and politics of one of the parties should provide sufficient grounds for a motion for recusal.

Alas, why is it so difficult to move for removal of the judge who is biased against the defendant? Because social justice resides in the chambers! Do you know that such a motion would be considered by Judge Curiel himself or, at best, by one of his La Raza colleagues? Why would Donald Trump risk shear existence of his best attorneys on a motion so clearly prejudiced in disposition? Truly, proper venue for Donald Trump to litigate his claim against such skewed justice is the court of public opinion.

Ms. Kelly also omitted to state that certifying a class action (Rule 23 FRCP) is a matter of weighing pros and cons by the judge. This “public interest” weighing is the final step in almost all civil cases today. It is a crying shame we do not see the same in criminal cases, such as the Espionage Breach 18 U.S.C. 793 et seq. and 1924 with respect to Sec. Clinton’s handling of State Department’s communication (punishable by up to 10 years’ imprisonment). Certifying a class action is a fine balancing act, wherein the judge considers the following factors: practicability, numerosity, commonality of interest, typicality of the claim and whether the action would adequately protect interests of all individuals involved. If this were not such a highly politically charged case, the absence of the representative plaintiff (especially in view of her positive testimony about Trump’s University) would likely be a persuasive factor in motion for dismissal.

Further, with respect to summary judgment, Rule 56 of Federal Rules of Civil Procedure states that “The court shall grant summary judgment if the movant shows that there is no genuine dispute as to any material fact and the movant is entitled to judgment as a matter of law. The court should state on the record the reasons for granting or denying the motion.”

Considering this motion is also largely a matter of hypothetical questions, such as: may there be (is it possible that there is) a potential plaintiff out there (Trump University malcontent) who would sue on his/her own and receive a remedy (e.g. return of their tuition fee) plus some other damages (pain and suffering for emotional distress? Travel expenses?) inconsistent with what an “average Trump University malcontent” would receive in a class action? And: Would such an individual’s recovery in court impair or impede the other plaintiff’s recovery? (e.g. money would run out etc.); and: Does a question of law predominate over any individual claim an average TU malcontent may have? And: How easy or difficult it is to maintain a class action (e.g. after the main representative plaintiff recants her testimony)?

Clearly, the problem with justice arises when we start to speak of “social justice” or justice for a class of citizens or minority groups – not of Justice as such. There is nothing “social” about justice. Justice consists of an impartial adjudication based on facts, pursuant to laws applicable in each given case. The more we try to inject it with some abstract “social” qualification, the more it will fail us.