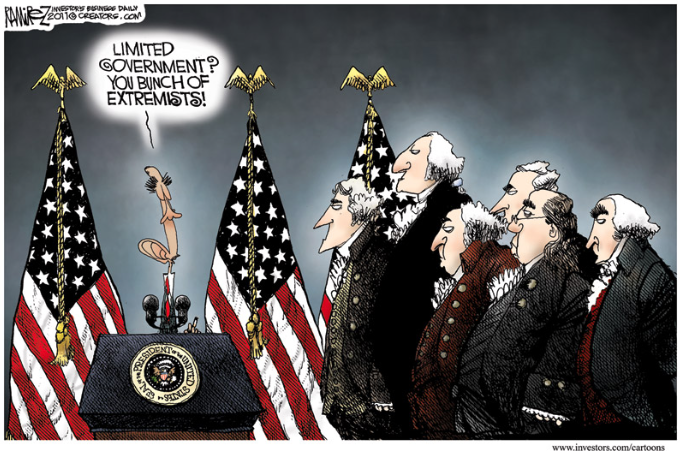 “When I hear Obama start talking about American values, I don’t recognize a lot of them, honestly. His values, to me, are not traceable to the founding. His values that he’s appropriating and claiming to be American values are the values of a bunch of people that really don’t like this country, [the] American left, the Democrat Party.”

Those of us with our ear to the political mill also recognize President Obama’s penchant for re-defining our American heritage and values in his lectures and speeches as part of his ongoing effort to transform America. All personal, professional and cultural change begins on the inside – psychologically and subconsciously.

Transformation is only possible by altering and/or the reassembling of the values hierarchy. Values are drivers. In other words, they are what we notice, how we decide what we pay attention to, and what is most important, or more important than other options. We sustain, reduce, eliminate or liberate other values according to the value hierarchy we live by.

For example, the Transportation Security Administration (TSA), an agency of the U.S. Department of Homeland Security, has authority over the security of the traveling public in the United States. We allow the TSA employees to inspect both our person and personal belongings every time we air travel in exchange for the value of “feeling” safer. We exchanged the value of liberty for safety.

The fact that the TSA has never caught a terrorist trying to board a plane has not been a consideration in our reasoning. Neither has there been a mass demand for a more common sense procedure such as the Israeli model of profiling.

The founding value of liberty was transformed by the government’s shallow and willful choice to subject its citizens to mass inspection for the sake of political correctness rather than implementing the method of intelligent profiling. The Left interprets “fairness” to mean everyone should be treated the same whether they fit a terrorist’s profile or are a patriot, thereby striping American intelligence from the scanning effort of recognizing nuances.

The Left is fully aware that to transform America from liberty to Marxism, our values system has to be reinterpreted, reframed and reassembled.

Obama, therefore, masterfully interjects into his speeches the phrasing, “American values” and “not who we are”, to plant, train and reinforce the progressive value system into our society.

Cultural values are both consciously absorbed from our family of origin, institutions such as our educational system, media, arts, the entertainment industry and finally, through mental osmosis; a process where perception absorbs its environment.

The political elites are well educated. They are students of the students who became teachers of those who followed such anti-Americans as the community organizer and radical, Saul Alinsky, Cloward and Piven, as well as cognitive scientists and cognitive linguistics professors such as Norm Chomsky and George Lakoff. (Note: Linguistics is the scientific study of language, specifically language form, language meaning, and language in context. Cognitive science is the study of thought, learning, and mental organization – how we think, and therefore how to change how we think.)

A primary principle of linguistics is that by changing the language you can foster change in meaning and therefore change the thinking and even the values of a culture. Consequently, the chronic rewording, renaming and reinterpretation of current events and issues facing our nation are necessary in the progressives’ plan to transform America.

To reverse the momentum towards communism, the nation’s values must be adjusted, with their original meaning intact, to what they were when founded. Equally important, the education system has to be overhauled to correct fallacious reasoning and the inaccurate account of history, which becomes a people’s frame of reference.

The primary value to be dismantled is political correctness. This value is the Left’s chief cornerstone. Its pre-eminence usurps not only freedom of speech, freedom of associations, but the founding documents as well as our culture’s way of life as intended by the US Constitution. It is the lynch pin, that if pulled, will bring the Marxist agenda down on their own heads.

That’s why the all out attack against Donald Trump, who by nature, is the antithesis of political correctness. He is unpredictable. He has a determined will and a force of personality capable of toppling the progressive movement in a very short period of time.

Trump has his hand on the lynch pin, pulling it at every rally he speaks at. He’s bold, rude, insulting, loud, aggressive, and brilliant. He’s resisting the progressive’s hold over our nation every time he opens his mouth.

There can be no reset or revival of America without pulling that lynch pin.

As reported by the Los Angeles Times, “Obama said that the proposals by Trump, whom he referred to as the “presumptive Republican nominee,” would undermine American values.”

Most of us are familiar with Hitler’s propaganda minister, Joseph Goebbles who said,

“If you tell a lie big enough and keep repeating it, people will eventually come to believe it. The lie can be maintained only for such time as the State can shield the people from the political, economic and/or military consequences of the lie. It thus becomes vitally important for the State to use all of its powers to repress dissent, for the truth is the mortal enemy of the lie, and thus by extension, the truth is the greatest enemy of the State.”

President Obama seems to have adopted Goebble’s strategy for his platform.