What does the decision on whether to abort a baby that genetic testing shows positive for Down’s Syndrome have to do with high school biology standards? That’s what one Utah student taking an online biology class at Electronic High School (EHS) wants to know. 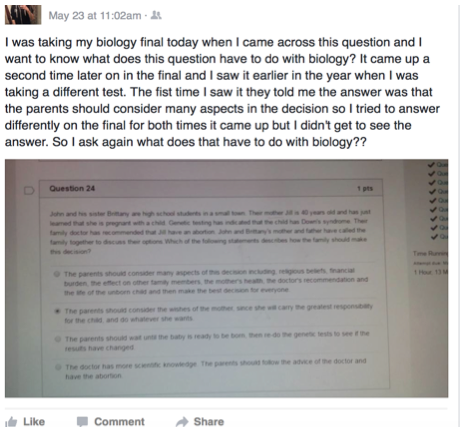 “I was taking my biology final today when I came across this question and I want to know what does this question have to do with biology? It came up a second time later on in the final and I saw it earlier in the year when I was taking a different test. The fist (sic) time I saw it they told me the answer was the parents should consider many aspects in the decision so I tried to answer differently on the final for both times it came up but I didn’t get to see the answer. So I ask again what does this have to do with biology??”

To protect student privacy, the name is not being released.

PolitiChicks reached out to the student’s mother to discuss the controversial test question. She confirmed that the question first appeared on a quiz and then came up a second time during a final exam proctored at the online school’s physical campus. The question was asked a total of three times—including twice during the final exam.

Here is the question from the biology exam:

John and his sister Brittany are high school students in a small town. Their mother Jill is 40 years old and just learned that she is pregnant with a child. Genetic testing has indicated that the child has Down’s Syndrome. Their family doctor has recommended that Jill have an abortion. John and Brittany’s mother and father have called the family together to discuss their options. Which of the following statements describes how the family should make this decision? 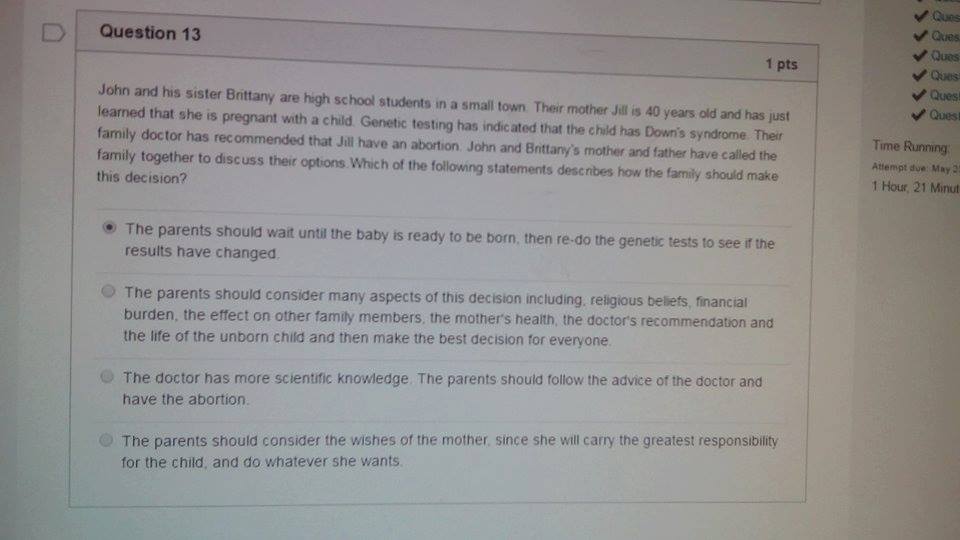