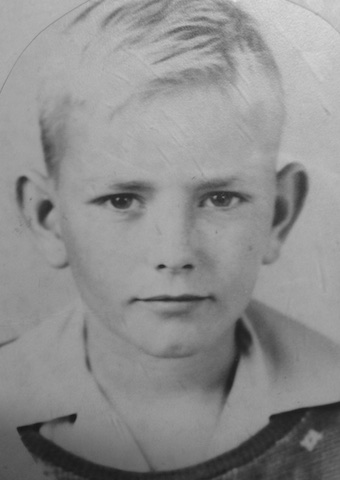 My father, Gene Paul Brown, had a childhood most of us cannot even begin to fathom.  Born in 1935 in rural Indiana, Gene was the oldest of three boys.  When his parents divorced in the 40’s (rare in those days) he had to help raise his brothers while his mother worked cleaning houses.  Gene never had what you’d call a “carefree childhood” with toys and games to play with.  He also rarely had new clothes or shoes.  For his eighth grade graduation he had to wear an old, oversized suit that his father had left behind; when the kids laughed at him and ridiculed his clothing, Gene says he left right after the graduation program and never went back to school again.

Unfortunately Gene didn’t have much time to attend school anyway.  In addition to taking care of his 6 year old baby brother, the 14-year old worked dozens of odd jobs including setting pins in a bowling alley, bagging and restocking in a grocery store, and “pitching tents” for a carnival.  After struggling several years to survive, at age 16 Gene followed in his beloved uncle’s footsteps and enlisted in the Navy.  (His mother had to sign for him because he was underage.)

Gene says he was “always fascinated with airplanes” so he tested high enough to enroll in Naval Aviation school in Hutchison, Kansas, studying Airplane Mechanics.  From there he went to Miramar Naval Air Station in San Diego, California, serving on Naval ships The Bon Homme Richard and The Ranger.  He was then stationed in Whidbey Island, Washington working on Early Warning Bombers.

Throughout his twenty years of service, Gene says he was mostly onboard ships but sometimes on land.   “It was always about keeping those planes in the air,” he says.  During the Korean and Vietnam wars, he did two tours of sea duty to Japan, and Shore Patrol in the Philippines.  He says it was exciting being onboard Naval ships, sometimes up to 6 months at a time.  “They kept us busy and we had three meals a day. The only thing is you had to be really careful on the flight deck when those planes were taking off.  Those suckers can get you if you’re not paying attention,” Gene says with a chuckle.

Because many of his twenty years were aboard ships, he did not experience armed combat but says he was “always making sure that the planes were ready to go.”

Gene’s final station was in Corpus Christi, Texas where he worked on attack aircraft aboard the Naval ship The Boxer.  It was in Texas where he finally earned his GED and became a Chief Petty Officer—and Texas is also where Gene Brown met and married my mother, a widow with two young girls.  All our lives changed for the better that day.

My father has little patience with the entitlement mentality of the world today and how young people are being raised to believe things should be handed to them without earning it.

“There’s no way around it, you just have to work,” he says.  “You can’t sit around and wait for someone else to take care of you.  It makes you lazy.”

I ask how he escaped being angry or bitter about his difficult childhood–being raised by a single mom and having to leave home at such an early age.  Typical of my father, he just laughs and again says, “Why would I?  No matter how bad things were, I always knew I was loved by my family.”  He adds, “That’s just life.  We were never promised it would be easy or fair and you just do what you have to do and get on with it.”

My father says he is exceptionally honored to have served his country. “I believe America is a place to fight for, and it has never let me down.  As I retired after twenty years, I am proud of my service,” he says. 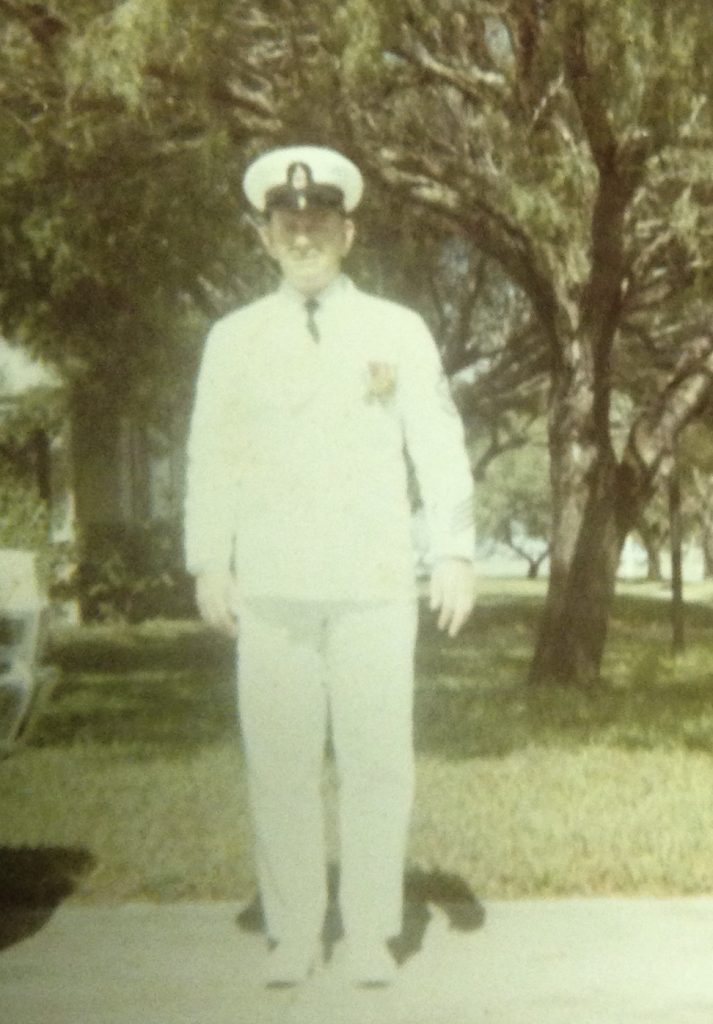 Navy Chief Petty Officer Gene Brown is the very definition of an “American hero.”  Despite all the obstacles and challenges thrown his way, he has made the very best out of every situation.  He is a master mechanic and can fix everything from cars to airplanes.  He taught himself how to build houses and was one of the first in America to design and build an underground home almost entirely by himself–from digging out the hillside, pouring the concrete, and installing the plumbing and electrical work.  If something ever broke in our house—from can openers to washing machines—my Dad knew how to fix it.  And when the economy tanked during the Carter administration and my dad lost his chain saw/lawn mower repair shop, he immediately created another business by tricking out old motor homes and selling ice cream and funnel cakes at state fairs and car racing events.

Basically, my father has had a successful life in every way possible.

Happy Father’s Day and God bless you, Dad.  You and Mom are the reasons I have discipline, strong principles, and a deep love and respect for my country.  And thank you to all our American veterans, retired and active; thank you for your service to this country and for your undying love for God, country and family.  No matter what happens to America, because of your examples of true sacrifice I will never complain about defending my country in every way I possibly can here on the home front.

If Ya Can't Beat 'Em, Self-Identify With 'Em