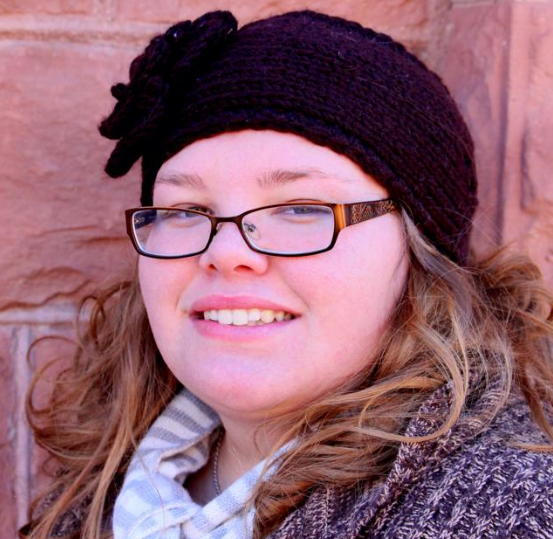 Beth Baumann graduated from Northern Arizona University in 2014 with a B.S. in Political Science and  B.S. in Public Relations. Currently, she is outreach specialist for Alien Gear Holsters, a concealed carry holster company, where she handles public relations and outreach for the company. She previously worked for a public relations firm that specialized in small business and public affairs. She was also the communications assistant at the American Conservative Union, where she helped with media strategy for CPAC 2014. I met Beth when I began writing for PolitiChicks and we bonded over our love for politics and a celebrity who shall remain unnamed, and have been friends ever since.

BB:  I grew up in a semi-political household. My parents always listened to KFI, a conservative talk radio station in Southern California. We watched the news every night and read the newspapers. I was constantly surrounded by happenings in the world. Thankfully, my parents always encouraged me to have a vested interest in what was going on around me.

I become involved in politics my junior year of high school, during the 2008 presidential elections. I had struggle to find a part-time job once I turned 16, in large part because of the recession. I saw older people taking fast food jobs high school kids normally had. I was convinced it was because of the recession and knew that an Obama presidency would only keep things on a destructive path (unfortunately I was right).

My AP Government class my senior year solidified my love of politics and my passion for conservative principles. My teacher was passionate about the topic. He would talk to me about my interest in politics and even encouraged me to explore it, which I eventually did my freshman year of college.

In college I became extremely involved in political activism groups. Ever since then, I’ve been in the arena in one form or another.

Q: You’ve done a lot for someone so young. What are you working on now?

BB:  I just started a new job as outreach specialist at Alien Gear Holsters, a concealed carry holster company. I get to plan events and press coverage around new products. I also track gun legislation and write OpEds about the latest gun news in places like Daily Caller and Red Alert Politics.

BB:  At one point, I started writing a fiction book. It was great to write “chapters” and escape the day-to-day reality. Right now, I don’t have any plans to get back on that path. Maybe sometime down the road.

BB:  I always said I would never run for office. I like being behind the scenes instead of in the public eye. That perspective changed last year when I ran to fill a vacant city council seat after the sitting councilman resigned due to misconduct. The other counter members couldn’t decide unanimously on a candidate so it went to a special election, at which point another candidate one.

BB: I haven’t made up my mind on who I’m going to be voting for in November. I’m still undecided in that regard, mostly because there isn’t a conservative candidate that I’m passionate about who is still in the race. Ultimately, I see a third party candidate emerging. I believe he/she will have disenfranchised voters on both sides of the aisle.

Q: Who is your favorite non-politician (journalist/political commentator etc) and why?

BB:  Dana Perino is one of my favorite people! I see a lot of myself in her. I had the opportunity to read her book And the Good News is… and interview her for PolitiChicks. It was so great to talk with someone who I admire so much. Because I’m a young publicist, I appreciate her advice to young women. She understood some of the struggles I’ve had so far in my career. Plus, I love her on The Five! Jasper makes for the best “One more thing.”

BB: I don’t find inspiration for my articles in any one location. Most of the time, they stem from my own reaction to the news cycle. In fact, some of the most popular pieces I’ve written are the ones where I write how I feel about a subject and don’t give it much second thought. People like the candid commentary.

BB:  Find something that you’re passionate about. You don’t have to work in Washington, D.C. to make a difference. We need strong conservative women at the local levels to make a difference too. All of us make up one giant conservative network. We’re all doing our tiny part in the grand scheme of things. Don’t believe the notion that you have to have Hill experience to get where you want to go in the political world. We need activists, state representatives and think tank leaders as well. Do what makes YOU happy and you’ll shine in whatever you do!

BB:  The first thing I would do is pay off my student loans. Then I’d take my parents to Ireland and Germany so we see where our family came from. I’d also want to visit the Netherlands to see the Anne Frank Annex and Auschwitz. So much history took place in those two locations.

BB:  Somewhere else! I’m from just outside Los Angeles and I’ve never cared for it. It’s too busy and dirty. I lived in D.C. for a short time while I interned at the American Conservative Union. Everyone is very busy and focused on their career. It gets a bit lonely. New York was too much hustle and bustle for me when I lived there. I’ve never been to the south but aspire to travel to Texas. For now, I love living in Northern Idaho! Everyone is friendly. People look out for one another. There’s beautiful lakes and trees everywhere you turn. It’s a completely 180 from the city life.

Q: What would you tell the young Beth Baumann’s of the world as they work hard to achieve their dreams?

BB:  If you’re in high school or college, enjoy the time. Yes, work hard and be career-oriented, but also focus on the present. Some of the greatest moments in my life, like interning for ACU, I took for granted in the moment. I was so focused on my next endeavor that I never appreciated what I had at the moment.

BB:  Ultimately, I would love to be a publicist for a nonprofit organization that helps veterans. I’ve always been very passionate about helping veterans. I’ve done work for Soldiers’ Angels and was touched by veterans I was pen pals with. If I could help repay them in some small way.

Hero Worship: Is Saying 'We've Gone Too Far' an Understatement?