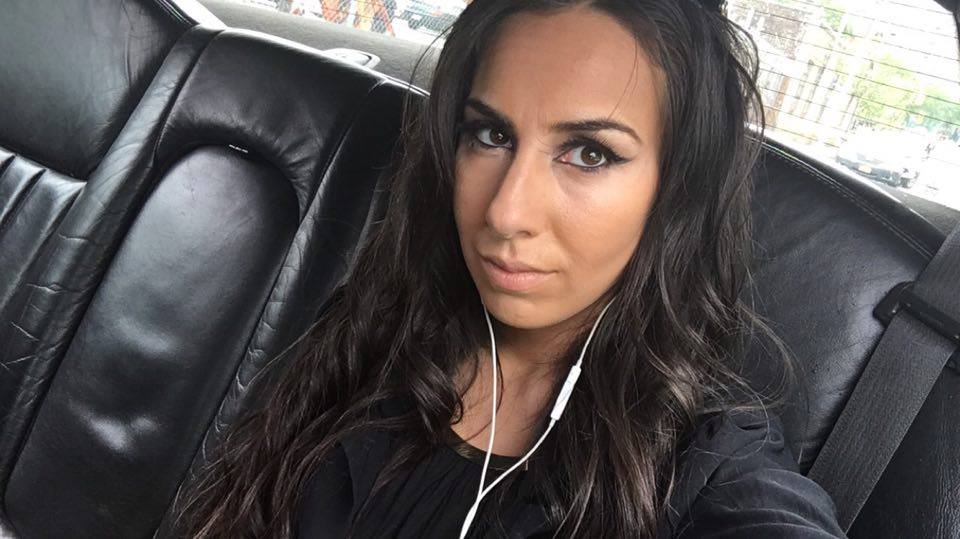 Mona Salama is the political reporter for PolitiChicks. Mona recently graduated with her Master’s degree in Public Policy from John Jay College. The DC Gazette also featured her in 2015 as one of America’s “Hottest Conservative Chicks”.  Follow her on twitter @MonaSalama_

MS:  Since 2009 when I worked as a canvasser for then NYC Mayor Mike Bloomberg campaign. I began to take interest in my state politics of New York, both city and state. In 2014, I began to expand my horizon when it came to national politics with the midterm elections and how Republicans flipped the senate and gearing up for the 2016 race.

Q: How long have known you wanted to go into journalism?

MS:  To be honest it never crossed my mind to work in political media. It just happened one day and I found my calling.

Q: You’ve done more than most people twice your age. What are you working on now?

MS: Gearing up for the 2016 general elections for PolitiChicks.

Q: What are your post-graduation plans?

MS:  I never reveal my plans because who knows where life can take you and what can happen next.

MS:  Recently yes, especially on my journey covering the 2016 race.

MS:  No. Never. I like to be behind the scenes, either covering it from a media standpoint or possibly from a policy aspect.

Q: What was your life like as a teenager? Did you have a normal youth?

MS:  I was a rebel but had good grades in high school so my father couldn’t complain as much.

MS:  Rand Paul. Studying Criminal Justice Public Policy in grad school, Sen. Paul is the only Republican Senator willing to fix how disastrous criminal justice system by appealing mandatory minimums that has overpopulated our prison system with nonviolent criminals for the past 30 years as well as the higher sentencing term a non-violent drug offender is sentenced as oppose to violent criminals.

MS:  Since he passed away recently, Muhammed Ali. My father was his biggest fan and he got me into boxing back in the days. Plus his quotes are legit inspirational.

Q: Is there any one person or persons who have influenced your career?

MS:  Ann-Marie Murell, Scottie Neil Hughes, and Dr. Gina Loudon. I look up to them as guidance and help. Scottie opened a world for me by telling me once I have an unique voice and to use it to inform people. A-M has given me the chance by opening her arms for me to work in PolitiChicks and to cover this crazy 2016 race. Dr. Gina for helping me with countless advice on fixing my speaking abilities catered to both TV and radio.

MS:  Just reporting with facts and no bias. There were a few candidates I didn’t like, but I didn’t let the readers know that. For months until my primary in April, hardly anyone knew who was my preferred candidate. And now many know but I still keep my reporting straight reporting, even when I cover the Democratic side. Readers want to know the five W’s and How of the event, not what you think about it.

Q: Who or what do you believe is the current biggest threat to America?

MS:  Go for it and don’t let anyone tell you others.

Q: What do you think it will take to make America once again that “city on the hill”?

Q: What are your top 3 must-read books for conservatives?

Q: Name one event that changed your life.

MS:  CPAC 2014. Meeting The PolitiChicks and talking to Scottie on how to start in the world of political media

Q: You get to spend one day in either the past or future. Which do you choose and what is your mission?

MS:  Future. I don’t look back to my past. The past makes me who I am today, bad or good.

Q: What is your all-time favorite song and why is it special to you?

MS:  I listen to Techno, which are electronic beats so it’s not considered a song per say and I listen to Rap music. I don’t have an all time favorite song because every beat or rap song is just music to me.

MS:  NY will always be my home as well as I want to stay here for work mostly and split my time with DC.  LA and Miami for vacation. Maybe Texas to see the Lone Star state.

Q: What inspires you to push-through? Is there someplace you go physically or mentally?

MS:  Life inspires me. I like to escape anywhere to clear my mind

Q: What would you tell the young Mona Salama’s of the world as the work hard to achieve their dreams?

MS:  If you aren’t focused on your goals, don’t work hard and you don’t take risk, you will accomplish nothing in life

Q: If you could go back and change one thing in your life, what would it be?

MS:  Nothing. There’s no point to go back and change anything in life. Focus on the present and the future and become the better person you want to change.

MS:  “You are awesome, don’t ever forget that!”

MS:  I have two dreams. Either push the media career forward and work in a bigger outlet or work in policy groups catered to criminal justice system.

Q: Is there anything else you would to tell our readers about yourself?

MS:  I love working for PolitiChicks because I feel like I’m not working whatsoever. The past year has been a rollercoaster, but I wouldn’t change one minute of it. Even though I am a girly-girl when it comes to fashion, I love sports and love being like one of the boys. I was born in New York and raised in the Bronx. I describe myself as a fun, outgoing, but serious person when it comes to everything and anything. I work hard until I get what I want and I don’t give up.