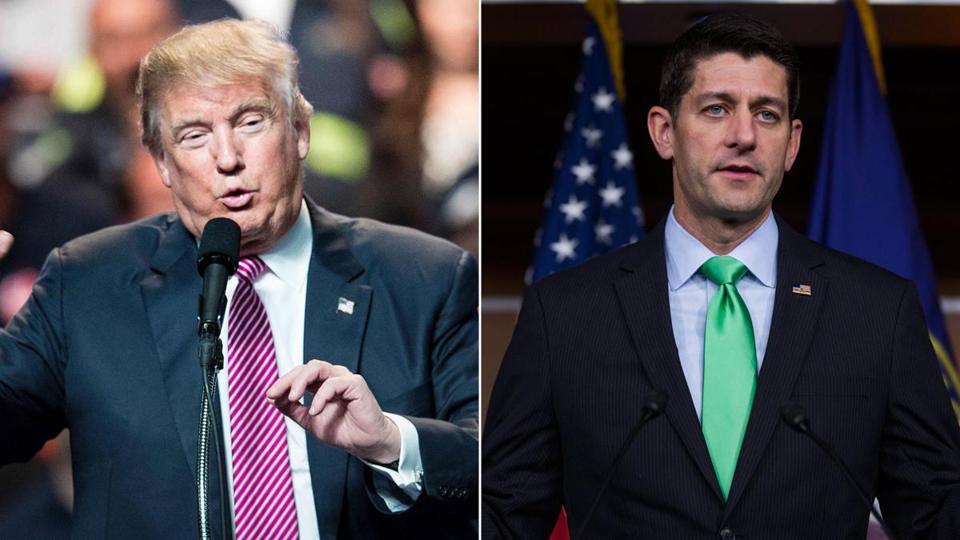 House Speaker Paul Ryan broke his silence on Twitter to announce that he will be voting for GOP presumptive presidential nominee Donald Trump.

I’ll be voting for @realDonaldTrump this fall. I’m confident he will help turn the House GOP’s agenda into laws. https://t.co/LyaT16khJw

The announcement on Twitter links a column of his hometown newspaper, The Gazette, where Ryan writes how he and Trump have talked at length and why he has decided to support the GOP presumptive presidential nominee.

“Through these conversations, I feel confident [Trump] would help us turn the ideas in this agenda into laws to help improve people’s lives,” Ryan wrote. “That’s why I’ll be voting for him this fall.”

Ryan explained why he won’t support Hillary Clinton because she represent the agenda he explains in his op-ed column. The word of Ryan’s endorsement came during the same time Hillary was delivering a blistering attack address against the GOP nominee foreign policy position.

“A Clinton White House would mean four more years of liberal cronyism and a government more out for itself than the people it serves.”

According to The Gazette, Ryan spokesman, Brendan Buck added the column from Ryan is also an endorsement of Trump.

Ryan has been critical of Trump during the GOP primary campaign, even once said he wasn’t ready to back his candidacy after it announced by the RNC that Trump was now the GOP presumptive nominee. “I’m just not ready to do that at this point. I’m not there right now,” Ryan said on CNN. “Saying we’re unified doesn’t in and of itself unify us. I think he has to do more to unify this party.”

The two met in the middle of May to discuss ways to move forward after the political firestorm from Ryan’s interview on CNN. The sit-down resulted in a “positive step” between both, but Ryan stopped short of endorsing Trump. “This is a process,” Ryan said during a press conference after the meeting, describing the need to unify Republicans. “It takes some time, you don’t put it together in 45 minutes.”

In Ryan’s column, he goes on to explain how both agree don’t agree on everything, but was encouraged by the conservation they had in regards to policy platform that will be unveiled in the upcoming weeks. Ryan also added that Trump’s potential Supreme Court nominee list released shortly after the two sat down was also

“Donald Trump can help us make it a reality.”

Trump reacted to the good news via Twitter, saying it felt “so great” to have the support from Ryan.

So great to have the endorsement and support of Paul Ryan. We will both be working very hard to Make America Great Again!