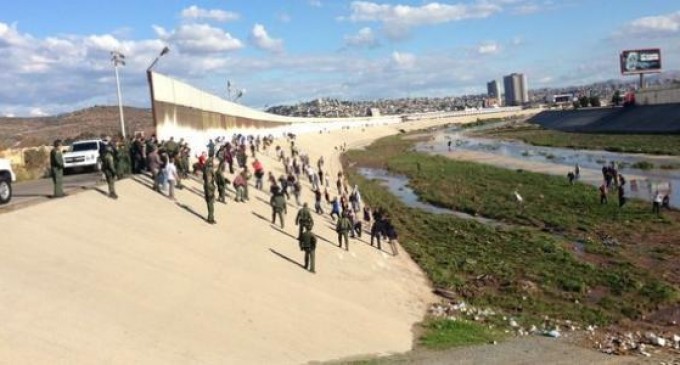 According to an article by Tyler Durden posted on the website Zero Hedge, the Orlando killer who massacred dozens of people over the weekend worked for GS-4, the worlds leading security solutions group.   It appears that they are involved along with the Department of Homeland Security in transporting illegal aliens across the U.S. border.

The watchdog group Judicial Watch has noted that it had filed a number of public records requests to get more information involving the arrangement between G4S and the government, specifically the transport of illegal immigrants from the Mexican border to other parts of the country. Sources said that the Department of Homeland Security (DHS) was quietly transporting illegal immigrants from the Mexican border to Phoenix and releasing them without proper processing or issuing court appearance documents. As a reminder, the government classifies them as Other Than Mexican (OTM) and this week around 35 were transferred 116 miles north from Tucson to a Phoenix bus station where they went their separate way.

And this is where the Mateen-G4S link emerges: as JW reported previously, a security company contracted by the U.S. government is driving the OTMs from the Border Patrol’s Tucson Sector where they were in custody to Phoenix, sources said. The firm is the above mentioned G4S, the world’s leading security solutions group with operations in more than 100 countries and 610,000 employees. G4S has more than 50,000 employees in the U.S. and its domestic headquarters is in Jupiter, Florida.