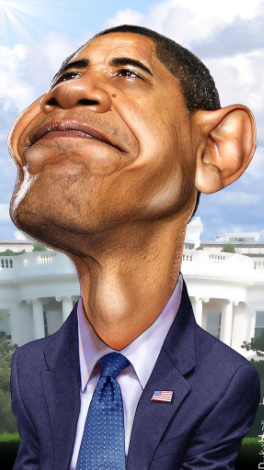 Last weekend, we witnessed the worst terrorist attack on American soil since September 11, 2001. It is our latest reminder of who Obama is: as one might have expected given Obama’s reaction to past shootings and attacks, we have been greeted with Obama’s inability to define our enemy and his unceasing desire for gun control. He is a far left ideologue where laws, compassion, unity, and ego are overridden by his insatiable desire to implement his anti-American agenda at every opportunity—even if that opportunity is realized in a horrendous terrorist attack.

On the day of the Orlando terrorist attack and after it was already being investigated as terrorism, Obama said, “Today marks the most deadly shooting in American history.”
In reality, it is not just the most deadly shooting, but more specifically, it is the worst terrorist attack on American soil since 9-11.  This distinction is important—not to mitigate the horror of such a shooting—but to make clear that this act was carried out by a radical Islamist who, reportedly, pledged allegiance to ISIS. This was not a random crime, but a terrorist attack.

As James Jay Carafano at Fox News wrote: “The Orlando attack is as much about a mass shooting as 9/11 was about a plane crash.”

Why is this such a hard distinction for Obama to make unless, perhaps, he wishes to mitigate the horror of radical Islam and ISIS? Obama’s terrorism policies have been lacking for years. After all, he told us that ISIS was contained and that he proudly ended the wars in Iraq and Afghanistan. But Sunday’s massacre shows the world that ISIS is thriving and Obama didn’t WIN the wars; he simply appeased his own personal ego and ideology resulting in leaving fertile ground behind for terrorists to thrive.

Obama’s speech on the day of the Orlando terrorist attack did not include the words “radical Islam”, Muslim, ISIS, or Islamist. Nor did he mention that the Orlando terrorist declared allegiance to ISIS and preliminary investigations indicated that he was investigated by the FBI twice before. Early in the morning on the day of the attack, this is what US Senator Bill Nelson knew: “…..US Sen. Bill Nelson (D-Fla.) cited intelligence sources as saying that there “appears to be” a link to Islamic radicalism and ISIS……I asked the FBI if there was any connection to Islamic radicalism. There appears to be.”   In addition, California Rep. Adam Schiff, the top Democrat on the House Permanent Select Committee on Intelligence shared this information: “according to local law enforcement the shooter declared his allegiance to ISIS….indicates an ISIS-inspired act of terrorism.”

So by mid-morning on the day of the attack, we knew the terrorist was a Muslim inspired by ISIS, and that he was on the FBI radar. Obama, in his speech, never came close to sharing the religion and the ISIS-inspiration of the terrorist. Why?

Others have made similar observations about Obama’s inability to call our enemy by name. As Mona Charen so brilliantly wrote this week: “The critique of Obama is that he has so often projected the image of Islam’s defense counsel instead of America’s commander-in-chief.” Charles Krauthammer had this to say: “Look, the fact that the President goes way out of his way, for seven and a half years, to avoid the phrase that is obviously the most descriptive of the enemy, radical Islam, means he’s doing it for a purpose. Obama is deliberately trying to deny, or to hide, or to disguise, the connection between all of these disparate acts and groups.” Donald Trump was castigated for his speech which stated, “There’s something going on”.

They have all verbalized what many Americans have witnessed and believe. What IS going on?

Perhaps Obama’s rebuttal to this criticism is telling. On Tuesday, Obama was angry and defensive in his speech; talking down to Americans and mocking those who oppose him. Mark Levin made a great observation on the tone: “He (Obama) really shows his anger when he’s attacking Americans, but when it comes to the enemy he’s very monotone and soft-spoken – everyone just calm down.” Obama seems driven to defend the values of our enemies, while mocking those of his fellow Americans.

While Obama, in his first speech, would not associate Islam with this attack — even with valid evidence at the time — he did make reference to handguns and assault weapons and again pitched his gun control ideology. It’s worth noting that the types of guns used in the attack were not clearly identified and reported at the time of his speech. I suppose the lack of information can’t stop an ideologue on a gun control mission.

Obama has used this tragedy to further his calls for gun control. Obama can’t name the enemy but can push for removing the rights of Americans within 12 hours after the attack.

After the attack, Hillary Clinton, the Secretary of State who worked with Obama allowing ISIS to survive and thrive, has called for making “weapons of war” illegal. The term “weapons of war” is never defined, but aptly serves as a fear-mongering rhetorical tool. The way Clinton and others make it sound, you can go pick up a machine gun at the local swap meet. The Left always pushes the same solutions; gun bans and / or stricter background checks. However, the two FBI investigations and multiple background checks on this individual proved ineffective in indentifying the Orlando terrorist as a problem.

Obama says these attacks and shootings in America remind us “how easy it is for someone to get their hands on a weapon and lets them shoot people”.  In the real world, these attacks remind us how much easier it should be for innocent Americans to carry their weapons and fight back when they are attacked. In Orlando, this shooter had no resistance for over 1/2 hour. The shooters in the Navy Yard shooting and Sandy Hook were also given large amounts of time to kill with no resistance.   It really didn’t matter which firearm was used in these cases. What really matters is that no one had guns to fight back. All we hear from Obama, Hillary, and other “progressives” is the battle cry to remove guns out from the hands of the law-abiding as a solution to violence by criminals and terrorists.

The editors at The National Review sum up our real problems nicely:
“The fact is that the United States does not have an assault-weapons problem, nor does it have a general gun-control problem. It has a series of interconnected problems related to defective criminal-justice practices and a failed mental-health system, the collapse of the family, and the predictable spiritual crisis belonging to an age of nihilism.”

Obama’s true ideology has been highlighted through out this tragedy; the coddling of radical Islam, a never-ending push for gun control, and fanning the flames of division in America. America definitely has an Obama problem. We’ve had it for 7 1/2 years.

Bernie Sanders' War Against the Jews