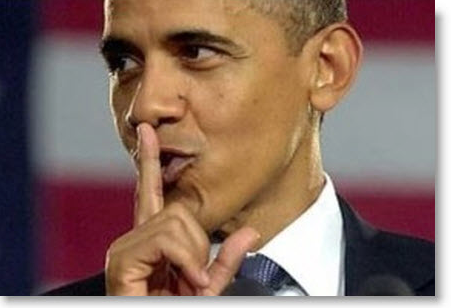 During the horrific attacks in Orlando, the shooter called 911 and proclaimed his allegiance to ISIS. Under pressure, FBI released a version of the 911 “redacted” by the DOJ. AG Loretta Lynch made her “Rice parade” on Sunday, proclaiming on ABC and NBC that DOJ did not want to “re-victimize” those affected by the attack and that the matter was under ongoing investigation, which warranted “redactions.”

The “redacted” version of the 911 call stated:

“I pledge allegiance to CENSORED. May God protect him. On behalf of CENSORED.”

When something is scrubbed/deleted, it is not “redacted” but deleted, thus censored. We must be very particular about the meaning of the word. Redacted means adapted or changed in a literary form, not completely left out. Deleted means edited out. Clearly, when the information is left out, as was the case here, it is not redacted but CENSORED.

There is a specific use of the verb “redacted,” which refers to a legal text with omitted personal details or other “sensitive” information, which is deleted in order to protect the privacy of the individual. Clearly, as the “un-redacted” text shows, there was no such reason to do this here.

Upon Republican outcry, the Attorney General of Social and Political “justice” Loretta Lynch, permitted that the uncensored text be released, which reads:

“I pledge allegiance to Abu Bakr Al-Baghdadi. May God protect him. On behalf of the Islamic State.”

The fact that the name of the leader of ISIS and the pledge to the “Islamic State” have both been censored has surprised us all.  But why?

I recall when I was growing up in socialism, there was no freedom of speech. One could not criticize the government. Any such criticism would be censored and the person prosecuted. Whatever information came from the West was also censored. No-one called it “redacted.” There was no word-play anymore. However, the uncensored information was everything concerning the capitalist “evil” – what the socialist government called “poverty and misery of the proletariat in capitalist world.”

The government (Socialist Party) was willing to delete whatever positive information about the “free world” there was, and preserve only the negative (market slumps, litigation, unemployment…), which it enlarged and enhanced, much like you see NBC do with whatever is uncomfortable to the Democrat Party today. By censoring (redacting, if you will), they thus created a new Evil, the Evil which had to be fought and conquered.

What is happening in our country today is the same in the opposite direction: by censoring Evil, Obama’s administration is giving Evil a free pass. Evil becomes invisible – no-one may mention it, it bears a veil of secrecy, cover of political correctness. If you call Evil out, you are instantly accused of being a racist, bigot, homophobe, xenophobe, supremacist, even fascist. Meanwhile, the real Evil (which no-one in power dares call what it is – Islamic Fascism) is spreading like cancer.

The original “message” from the Orlando killer was:

“I pledge allegiance to Abu Bakr Al-Baghdadi. May Allah protect him. On behalf of the Islamic State.”

The completely needless, willful and intentional substitution of God for Allah in the censored version released by the DOJ is more than censorship – it alters the meaning of the sentence! We do not have Allah on our currency. We do not have Allah in our pledges and oaths we say in court. We have our God – and to substitute one for the other is offensive and heretical.

There is more. When the information is not suitable to the socialist tyrant, he alters the meaning to make it fit his politics. God is mentioned not only in order to avoid all allusions to Islam, but also in order to project our Christian God into the context of this Islamic rant, thus making Christianity and Christian God the protector and guardian of Evil – and the bottom line of all the blame. Republicans, guns, Christians – are being blamed for an act of Islamic Fascism. Political correctness has come full circle – turning Good into Evil, Evil into Good.

One final note: if you think this is incompetence or effort to disguise Obama’s failed policies in the war against ISIS, think again. Censorship is not about disguising – it is about manipulating. Every tyranny in human history has always started by manipulating free speech, censoring, redacting, showing propaganda films, printing texts skillfully fashioned to include a chain of information leading the reader to a particular conclusion. Censorship manipulates what we can say and – ultimately – what we are allowed to think!

Veteran Mentions God in Speech, Gets Kicked Off Base