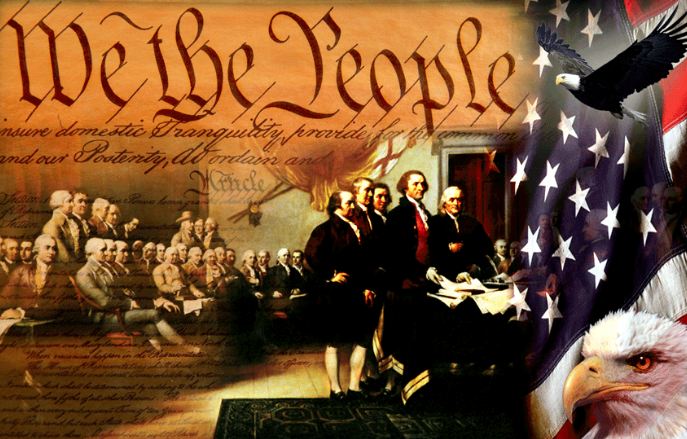 I am a woman and a Republican. But, now I constantly feel the need to clarify by being more specific.  Saying “I’m a Republican” doesn’t mean what it used to. Let me explain.

I am 28 years old, and even though I am still young, I have witnessed many changes that have come into this country, and they have happened very quickly.

When I turned 18, George. W. Bush was serving his second term and I registered to vote as a Republican.  The reason why was a no-brainer, since the party platform lined up with everything I believed; that the Constitution is our governing document and that we should run our country according to what it says.

I believe in free speech, even when you don’t agree with me and call me names.

I am pro-life. I believe in Biblical marriage.

I believe in capitalism, free trade, free markets, and a “small” government.

I strongly believe in the Second Amendment.

When I was young, I never dreamed our government would one day tell us what kind of healthcare we would have to have or who our doctor would be. We cannot accept this.

I believe in religious liberty for all, morality, integrity, honesty, limited government, and lower taxes.

In all these respects America is special.

Sadly, what the Republican Party has always stood for has changed.

The Republican Party that I grew up with, stood up for what was right first and worried about what it would cost in popularity later.

The Party’s Platform might still say all these platitudes, but the people in the party have lost touch with this and many do not live like they still believe in these things.

The party of Abraham Lincoln has allowed liberalism to creep in and we have forgotten what we once were.

The 2016 election cycle has proved that being a Republican is certainly NOT what it used to be.

If you float around on Facebook and Twitter very long, or just talk to people, you see how far we “Republicans” have stooped.
I have seen people throw out the truth like yesterday’s oatmeal and call fellow Republicans liars for standing up for our party’s core values.

We need to stop worshipping money and get back to what we *really* believe in!

I remember watching the Presidential debates between Al Gore and George W. Bush.  I can recall one debate where “social issues” such as abortion, the downhill slide of our culture, care for the elderly, and Social Security were talked about in detail before the first 30 minutes had elapsed!

Now, it seems the hottest issues are “illegal immigration” and the economy, without also being worried about the fact that our country’s cultural lifestyle is sending us into the abyss.

We have thrown our morals away for the sake of riches and popularity.

We have come so far, so fast, it takes my breath way when I look back.

That being said, I totally get why everyone is upset with where our country is going and why everyone wants to disrupt the system. A lot of the men and women we have elected into office have not kept their promises after we voted for them. I get it. I’m sick of Republicans In Name Only (RINOs), too! When I say that phrase, what politicians come to your mind first? While you think about those individuals, ask yourself how long those people have been in office! The answer for most of them is, “Way TOO LONG!”.

Who’s fault is that?

The answer is, without a doubt, all of us. A society must decline first in order for its government to start rotting.

Yes, we are at fault, not the Party, not the politicians, it’s us because they work for us and we elected them. We are the ones with the problem. It stems from our own hearts.

We are carried away with all kinds of lies and distractions, forgetting what the truth is. We have become a people who read headlines instead of full articles and believe other people’s words and memes instead of fact-checking for ourselves.

You are the one responsible for looking into the record of the person on your ballot.

Do they hold your true views and values, and have records to prove it? Have they laid all their cards on the table so you can see they have nothing to hide?  It is up to you to find out.

I believe this is one big area we fail in.

I have been blown away while reading comments on social media by “Republicans” who find it “irrelevant” that politicians are flip-flopping about the right to life, liberty, and foreign policies, and that some are refusing to release their tax records.  I am shocked by this! How could anyone think that these issues are irrelevant? These “irrelevant issues” are our core!

Our other problem is we don’t take action, we just talk. We may know what the problem is, but we are too lazy to fix it.

If you don’t like something that a politician did, did you call them or write them a letter about it?

Did you show up to your state capital and speak at a committee hearing, or go to your town meetings? If you didn’t, don’t blame others for our problems. Get up and say something!

We need to stop griping and start doing!

If you don’t like the way the Republican Party is going, get in it and change it.

It is not the “rules” or the “platform” that is at fault for any of our problems, it is the apathy of the voters that make up our party, and ultimately America. Apathy is the silent killer of a nation.

“We have the greatest opportunity the world has ever seen, as long as we remain honest — which will be as long as we can keep the attention of our people alive. If they once become inattentive to public affairs, you and I, and Congress and Assemblies, judges and governors would all become wolves.”

We see this today, for sure.

But, we have the power to change everything. It has been said that roughly less than 2 million people affect the political climate and change in this country. That is a very small number! We have so much more power than we tend to think.  If you are unable to “work” to make the change, you can always finance the changers who are working to make it happen. Give to the conservatives and volunteer groups who share your values and have records to prove it.

Why are we in this mess? It’s because we are not conservative enough anymore, but it doesn’t have to stay that way.

So when I am asked about my political views, I say, “I am a Constitutional Conservative who is a registered Republican”. Both of these titles used to mean the same thing.

Join me and let’s get out there and change it back!

Ashley Skeen is a 28 year old American patriot who loves her country. Since her early years, she has had a deep interest and passion for politics. In her spare time, she is studying to be a Clinical Herbalist, enjoys time with family and friends, playing with her horse, being in the garden, and restoring her 1972 VW Super Beetle. Ashley credits her mom for giving her a love for politics and current events.

Obama's Refugees, Illegal Aliens and the Deadly Tsunami of Deadly Diseases in America