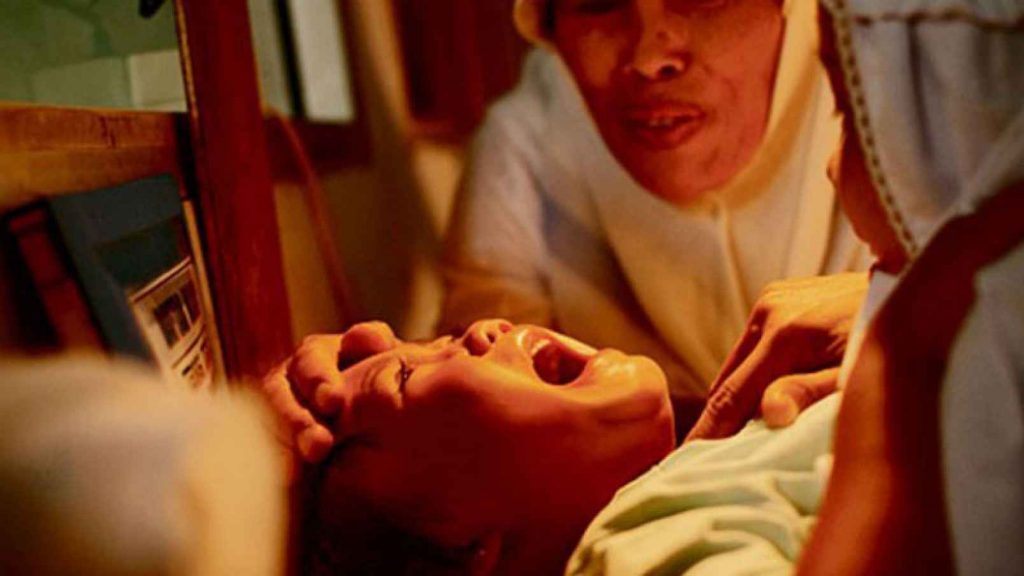 A young Egyptian girl dies during female genital mutilation surgery.  Where are the cries from the Women’s Studies Departments?

Mayar Mohamed Mousa, a young 17-year-old girl, died the other day in a hospital in the province of Suez in Egypt while undergoing female genital mutilation surgery.

Don’t wait for Obama to repeat her name and to say that she could have been one of his daughters. If she had died while having a back-alley abortion because her evil white Christian father forbade her to have a safe one in a medical clinic, Obama would be up for it. But Mayar died at the cruel and sadistic hands of Islamic theology and so she doesn’t make the cut.

Mayar was in the process of being maimed and mutilated the way a vast number of Egyptian women are. They usually undergo the horror as young girls, but if they avoid the knife and broken glass, then they undergo the barbarity before they begin dating and get married.

“Many Egyptians believe that for a girl or woman to be ‘clean,’ ‘pure’ and ‘feminine,’ she must have her genitals cut at a young age. . . .Many parents will have their daughters cut as a proactive measure so that they will be ‘marriageable’… In some communities, men refuse to marry any woman who has not been cut.”

Get ready, of course, to hear from media darling Reza Aslan and many other leftists that what happened to Mayar, and what is happening to millions of Muslim girls like her, is not because of Islam. You will be told that it is only some kind of “extreme” Muslim fringe that is supposedly practicing this crime, and, yes, you guessed it, non-Muslims do it too!

But here is a question:

If Islamic genital mutilation is not Islamic, where are all the Muslim imams, muftis and clerics in the world, and in Egypt in particular, who will be vociferously denouncing and repudiating what happened to Mayer just recently and that continues to happen to millions like her? Why aren’t they shouting from the rooftops about the un-Islamic nature of this crime and coming to the defense of Muslim girls and women? Why haven’t they shut down FGM under Islam since it is so un-Islamic?

Where, also, are the tens of thousands of Muslims gathering in mass demonstrations around the world shouting in moral indignation and fury about their young little Muslim girls having their clitorises cut out with broken glass and being maimed for life? Oh wait, I forgot — they only get worked up about cartoons. My bad.

The answer, of course, to Islamic silence on this issue is rooted in the fact that female genital mutilation is rooted in Islam and it is integral to its misogynist structures. Moreover, that non-Muslims might do it too does not somehow make Muslims doing it because of Islam all right. It is vital to stress, as well, that Muslims are the principle religious group that practices this sexual violence against women and that this violence is kept alive and legitimized by Islamic theology. Non-Muslims who practice FGM have no theology to fall back on and, as former ex-Imam Mark Christian has emphasized, many of those who engage in FGM only do so because they live in — or close by — Islamic environments and feel under pressure to do so.

Female genital mutilation is fundamentally Islamic. It is mandated in Islamic texts such as Umdat al-Salik:

“Circumcision is obligatory (for every male and female). For men it consists of removing the prepuce from the penis, and for women, removing the prepuce (Ar. Bazr) of the clitoris.”
— Sacred Islamic Reliance: page 59, Umdat al-Salik (“Reliance of the Traveler”), a manual of the Shafi’i school of Islamic jurisprudence, endorsed by Egypt’s very own Al-Azhar University of Cairo — the oldest and most prestigious university in the Islamic world.

This is why one of Sunni Islam’s “Four Great Imams,” Ahmad ibn Hanbal, quotes Muhammed as saying: “Circumcision is a law for men and a preservation of honor for women.”

This is why Sheikh Muhammad Sayyed Tantawi of Egypt’s Al-Azhar University has called circumcision “a laudable practice that did honor to women.”

This is why in Muslim Egypt, like in Indonesia, the crime of FGM is perpetrated on a massive level. Even when the Egyptian government tried to ban FGM back in 1996, an Egyptian court overturned the ban in July 1997 because of the ferocious uprising it sparked among Islamic clerics, who fervently pointed to Islamic teachings to make sure this crime against women remained firmly in place.

It is clear, of course, why FGM is so important and crucial to Islam: crippling women’s sexuality solidifies the misogynist structures of Islamic gender apartheid. Keeping FGM legitimized and institutionalized helps keep women subjugated and caged. By amputating the clitoris, Islam’s mutilators succeed in maiming the woman’s sexual desire and pleasure, which, in the Islamic mindset, reduces the chances that she will ever fathom the horrifying notion of autonomy, equality and self-determination.

Meanwhile, while millions of young Muslim girls suffer the mutilating barbarity of female genital mutilation in the Islamic world every year, our media and higher literary culture remain completely silent about it — and slander the truth tellers.

It is clear, of course, why the Left wants to do and say nothing about Islamic FGM, and why it makes sure to smear and punish anyone who dares to say anything about it. The Left cannot reach its hand out in compassion and solidarity to the suffering people under Islam, or under any other adversarial tyranny. Doing so would be an admission of the evil of an adversary culture and ideology, which, in turn, casts a spotlight on the superiority and goodness of Western civilization, and therefore serves as a reminder of the importance of protecting and saving it. For the Left, such a concept is nightmarish and anathema, because its entire purpose is to revile and destroy its host society. For leftists to admit the dark realities of Islamic jihad and Islamic gender apartheid is to jeopardize their entire cause, identities, social statuses, cultural and material rewards, and their narcissistic cravings for approval and admiration in their “progressive” milieus.

Thus, by necessity, in the Left’s vicious and callous mindset, the victims who suffer under barbaric adversarial regimes must be pushed into spheres of invisibility.

And so, the tragic suffering and death of 17-year-old Mayar Mohamed Mousa is not of interest to the Left or to its feminists. This is simply just the next normal and morbid chapter in the long, dark story of the Western Left, which has its hands drenched in human blood – busy as it always is in sacrificing human beings on the altar of its heartless utopian ideals.

The State of Abortion 2021 — Part Two in the Series

The State of Abortion 2021 — Part One in the Series

The State of Abortion 2021 — Part Two in the Series

The State of Abortion 2021 — Part One in the Series

A Case for Reading the Qur’an

Greenfield: Facebook Has a Private Army: Its Founders Want to Free Criminals