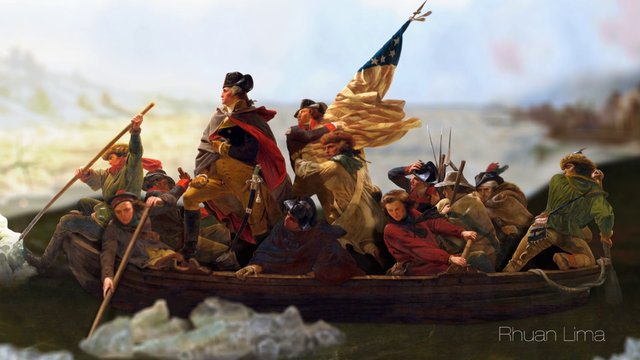 On June 23, 2016, the citizens of the United Kingdom (UK) voted for independence from the European Union (EU). This vote represents a historic change in the direction of sovereignty and self-governance for the UK.

This is refreshing news that has left many “stunned” at the decision made by the British people.   Many media-types are breathless in their worries about currency and markets. But many people are elated at this show of independence. Brexit, as this effort was called, has proven to be the outlet for the voice of the British people in 2016.

In an ironic twist, 240 years ago, the United Stated overcame the tyranny of a British king and fought for freedom, sovereignty, representation, and self-governance. In less dramatic fashion, the British have found it in themselves to break away from a government they did not elect; a government that has dictated immigration policy and economics to the people of the UK.

Perhaps most ironic, however, is that, in 2016, the British may ultimately have a hand in teaching America to again seek independence from its own big government chains and the ideologically-driven march by the American Left towards open borders.

As we wade through the last of Obama’s eight years and a tumultuous election season in the United States, this showing of support for independence in the UK is a bright light!   It will inevitably have a ripple effect throughout the world. The British people have spoken and what they are saying is they are tired of being ruled by the elites in the EU where they are not well-represented. They want change away from open borders, threats to their national identity, stifled trade, and increased payments to the EU that supposedly “level the playing field” for other EU countries.

Despite the positive example this vote sets for freedom and national sovereignty, Barack Obama, of course, does not support the UK leaving the EU. Democratic candidate Hillary Clinton has not offered support for it either. Clinton and Obama adhere to a Leftist view that believes in “the world” with less concern for what is best for the United States or other individual countries.  But Obama and Hillary are on the losing side of this movement along with the other elitists in the world. According to Nigel Farage, leader of the UK Independence Party: “An opinion poll in the Netherlands said that a majority there now want to leave, so we may well be close perhaps to Nexit…Similarly in Denmark a majority there are in favour of leaving so we could be quite close to Dexit….And I’m told the same may apply to Sweden and perhaps Austria and perhaps even Italy too…The EU is failing, the EU is dying, I hope that we’ve got the first brick out of the wall.”   This historic vote will have a domino effect in Europe.

The Brexit outcome, coupled with the notion that many other countries are pushing for their own exit from the EU, shows the world that many still wish to self-govern, not be ruled by the world’s political class. It hints that humans wish to be free to manage their affairs, their finances, and their society as they see fit. The light of freedom has dimmed around the world in recent years but the citizens of the UK just lit up the world in a most unexpected way.

The effect that the Obama administration has had on America is analogous to the effect the European Union has had on the UK and, arguably, other EU members.   The forces of Obama’s anti-American policies have created open borders, fading sovereignty, additional taxation, and socialist spending policies.

Obama’s arrogance toward the rule of law and respect for American citizens also adds to the negative effect this administration has had on our county.   We need only review the events in America on June 23 to witness the gap of respect for their respective citizens that exists between Obama and the losing Prime Minister (PM) of the United Kingdom, David Cameron.  After a ruling by the Supreme Court that shut down Obama’s executive amnesty, we witnessed an angry President who vowed that this ruling will not force him to deport those in America illegally.   Obama has chosen to buck the rule of law, the American people, and the Supreme Court after losing. PM Cameron actually arranged for Brexit and took a gamble that the people would choose to remain in the EU. Cameron lost on June 23, quickly conceded defeat while respectfully acknowledging the will of the people, and then he announced his planned resignation. The contrast is striking! Prime Minister Cameron and the citizens of the UK have set a great example for America.

As one of our biggest allies, Obama should be embracing this choice made by the UK. The Obama administration should extend its hand proactively on free trade and support for the UK as a sovereign entity. Such a move would represent a bold and much-needed statement for freedom and national identity.   The fact that Obama has already said he would push the UK to the “back of the queue”on trade with the US tells you everything you need to know about Obama’s continued indifference, if not disdain, for the affairs of the UK.

It is apparent that the citizens of the United Kingdom saw the need for positive change and got it. As Theodore Bromund, PhD of the Heritage Foundation has written, “..We know one thing for certain: Britain has voted, and Britain has voted for change.”   Will there be bumps in the road in the transition away from the EU? No doubt. Oddly enough, Barack Obama campaigned on the notion of “change”. Now, over seven years later, we see that his brand of “change” has weakened America and perilously continues to threaten individual freedom. His brand of change is hesitant to even support the UK as a new sovereign ally.

Perhaps we can take a page out of the British book in 2016. Let’s vote for positive change. Let’s take America back to freedom, sovereignty, borders, and smaller government. Ironically, let’s follow the British lead on independence this time around!

AlfonZo Rachel: 'Yo! Where'd the Ark of the Covenant Go?'

A Conversation With Allison Lee Pillinger Choi, Author of Bleeding Heart Conservatives: Why It’s Good to Be Right