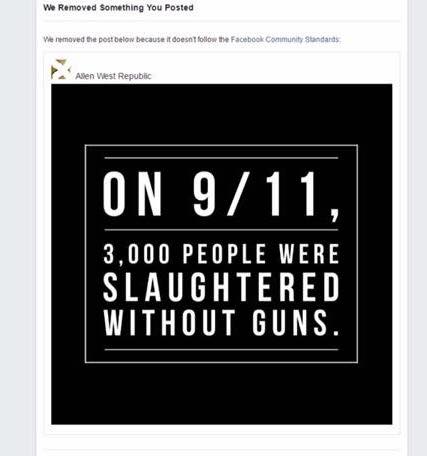 Facebook just imposed a 30 day ban against a page admin of the Allen West Republic Facebook page for posting this meme.

The admin was “temporarily blocked from posting” for this simple factual reminder of what happened on September 11th, 2001 when Muslim terrorists flew hijacked commercial airplanes into the World Trade Center.

Terrorists do not need guns to kill thousands of people.  They will use airplanes, bombs, even a truck packed with fertilizer to accomplish their violent agenda.

Bernie Sanders Does Not Concede; Vows To Defeat Donald Trump

A Case for Reading the Qur’an