When Jordan’s Arab Legion seized half of Jerusalem, ethnically cleansed its Jewish population and annexed the city– the only entity to recognize the annexation was the United Kingdom which had provided the officers and the training that made the conquest possible. Officers like Colonel Bill Newman, Major Geoffrey Lockett and Major Bob Slade, under Glubb Pasha, better known as General John Bagot Glubb, whose son later converted to Islam, invaded Jerusalem and used the Muslim forces under their command to make the partition and ethnic cleansing of Jerusalem possible. 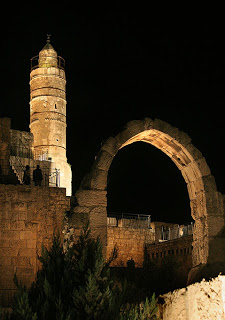 Since then, the annexation and ethnic cleansing has become an international mandate. It would be inconceivable for the international community to denounce an ethnically cleansed group which survived attempted genocide for moving back into its own city. It is, however, standard policy at the State Department and the Foreign Office to denounce Jews living in those parts of Jerusalem that had been ethnically cleansed by Muslims, as “settlers” living in “settlements,” and describe them as an “obstruction to peace.” Peace being the state of affairs that sets in when an ethnic cleansing goes unchallenged.

Describing Jewish homes in Jerusalem, one of the world’s oldest cities, a city that all three religions in the region associate with Jews and Jewish history, as “settlements” is a triumph of distorted language that Orwell would have to tip his hat to. How does one have “settlements” in a city older than London or Washington D.C.? To understand that, you would have to ask London and Washington D.C. where the diplomats insist that one more round of Israeli compromises will bring peace.

They say that there are three religions in Jerusalem, but there are actually four. The fourth religion is the true Religion of Peace, the one that insists that there will be peace when the Jews have been expelled from Judea and Samaria, driven out of their homes in Jerusalem, and made into wanderers and beggars once again. Oddly enough, this religion’s name isn’t even Islam– it’s diplomacy.

Diplomacy says that the 1948 borders set by Arab countries invading Israel should be the final borders and that, when Israel reunified a sundered city in 1967, it was an act of aggression, while, when seven Arab armies invaded Israel in 1948, it was a legitimate way to set permanent boundaries. When Jordan ethnically cleansed East Jerusalem, it set a standard that Israelis are obligated to follow to this day by staying out of East Jerusalem. To violate that ethnic cleansing endangers peace.

Vice President Biden was so upset that the Jerusalem municipality had partially approved some buildings in the city during his visit that he threw a legendary hissy fit. Hillary Clinton stopped by MSNBC to tell Andrea Mitchell that, “It was insulting. And it was insulting not just to the Vice President who didn’t deserve that.” David Axelrod browsed through his thesaurus and emerged on the morning shows calling it an “affront” and an “insult.” Two for the price of one.

Editorials in newspapers denounced the Israeli government for this grave insult to the Obama Administration.”Israel’s Provocation”, the Chicago Tribune shrieked in bold type, describing it as a “diplomatic bomb” that went off in Biden’s face. The Atlantic, eager to get in on the action metaphors, described Israel slapping Biden in the face. A horde of other columnists jumped in to depict the Israelis kicking and bashing the poor Vice-President, while holding his head in the toilet.

Whether Joe Biden was the victim of the Jews or the Jews were the victims of Joe Biden is all a matter of perspective. The Hitler Administration was quite upset to find that Jewish athletes would be competing in the 1936 Munich Olympics. When you ethnically cleanse people, they are supposed to stay ethnically cleansed. It’s in poor taste for them to show up and win gold medals at the Olympics or rebuild their demolished synagogues. It’s insulting to the ethnic cleansers and their accomplices.

That sounds like a harsh accusation, but it’s completely and undeniably true. 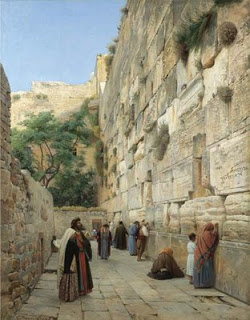 When Muslims move into a Jewish town, poor Joe doesn’t come crying that he’s been bombed with a diplomatic affront and slapped with a Menorah. When Muslim countries fund Muslim housing in Israel, there are no angry statements from Clinton and no thesaurus bashing from David Axelrod. Muslim housing in Jerusalem or anywhere in Israel is not a problem. Only Jewish housing is. The issue is not Israel. If it were, then Arabs with Israeli citizenship would get Biden to howl as loudly. It’s only the Jews who are the problem.

The entire Peace Process is really a prolonged solution to the latest phase of the Jewish Problem. The problem, as stated by so many diplomats, is that there are Jews living in places that Muslims want. There were Jews living in Gaza before 1948, but they were driven out, they came back, and then they were driven out again by their own government in compliance with international demands. Now only Hamas lives in Gaza and it’s as peaceful and pleasant without the Jews as Nazi Germany.

But there are still Jews in the West Bank and they have to be gotten rid of. Once enough Jews have been expelled, there will be peace. That’s not a paragraph from Mein Kampf, it’s not some lunatic sermon from Palestinian Authority television– it is the consensus of the international community. This consensus states that the only reason there still isn’t peace is because enough Jews haven’t been expelled from their homes. The ethnic cleansing for peace hasn’t gone far enough.

There will be peace when all the Jews are gone. That much is certainly undeniable. Just look at Gaza or Egypt or Iraq or Afghanistan, which has a grand total of two Jews, both of them in their seventies. Or Pakistan, Saudi Arabia and Syria where peace reigns now that the Jews are gone. Some might say that violence seems to increase proportionally with the number of Muslims, but we all know that would be a racist thing to say. On the other hand suggesting that violence increases with the number of Jews living on land that Muslims want, that’s just diplomacy. A common sense fact that everyone who is anyone in foreign policy knows to be true.

How will we know when the Muslims have gotten all the land that they want? When the violence stops. Everyone knows that agreements mean nothing. No matter how many pieces of paper are signed, the bombs and rockets still keep bursting; real ones that kill people, not fake ones that upset Vice Presidents. The only way to reach an agreement is by groping blindly in the dark, handing over parcel after parcel of land, until the explosions stop or the Muslims fulfill their original goal of pushing the Jews into the sea.

That’s the wonderful thing about diplomacy if you’re a diplomat and the terrible thing about it if you are anyone else without a secure way out of the country when diplomacy fails. And diplomacy in the region always fails. Camp David and every single agreement Israel has signed with Muslim countries aren’t worth the paper they’re written on. The only peace treaty that counts is the one made by tanks and rifles. It’s the one made by Israeli planes in Egyptian skies and Israeli soldiers walking the border. It’s the one made by Jewish farmers and ranchers, tending their sheep and their fields, with rifles strung over their backs. The only peace that’s worth anything is the peace of the soldiers and settlers.

In 1966, Jerusalem was a city sundered in two, divided by barbed wire and the bullets of Muslim snipers. Diplomacy did not reunite it. Israel pursued diplomacy nearly to its bitter end until it understood that it had no choice at all but to fight. Israel did not swoop into the fight, its leaders did their best to avoid the conflict, asking the international community to intervene and stop Egypt from going to war. Read back the headlines for the last five years on Israel and Iran, and you will get a sense of the courage and determination of the Israeli leaders of the day.

When Israel went to war, its leaders did not want to liberate Jerusalem, they wanted Jordan to stay out of the war. Even when Jordan entered the war, they did not want to liberate the city. Divine Providence and Muslim hostility forced them to liberate Jerusalem and forced them to keep it. Now some of them would like to give it back, another sacrifice to the bloody deity of diplomacy whose altar flows with blood and burnt sacrifices.

As we remember Yom Yerushalayim, Jerusalem Day, it is important to remember that the city is united and free because diplomacy failed. The greatest triumph of the modern state happened only because diplomacy proved hopeless and useless in deterring Muslim genocidal ambitions. Had Israel succumbed to international pressure and had Nasser been as subtle as Sadat, then the Six-Day War would have looked like the Yom Kippur War fought with 1948 borders– and Israel very likely would not exist today. 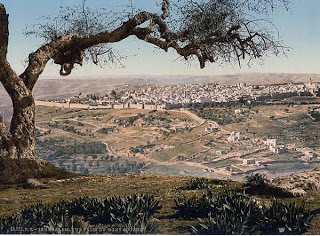 Even as Jews remember the great triumph of Jerusalem Day, the ethnic cleansers and their accomplices are busy searching for ways to drive Jews out of Jerusalem, out of towns, villages and cities. This isn’t about the Arab residents of Jerusalem, who have repeatedly asserted that they want to remain part of Israel. It’s not about peace, which did not come from any previous round of concessions, and will not come from this one either. It’s about solving the Jewish problem.

Only then will we have liberated our Jerusalem. The Jerusalem of the soul. It is incumbent on all of us to liberate that little Jerusalem within. The holy city that lives in all of us. To clean the dross off its golden gates, wash the filth from its stones and expel the invaders gnawing away at our hearts until we look proudly upon a shining city. Then to help others liberate their own Jerusalems. Only then will we truly be free.