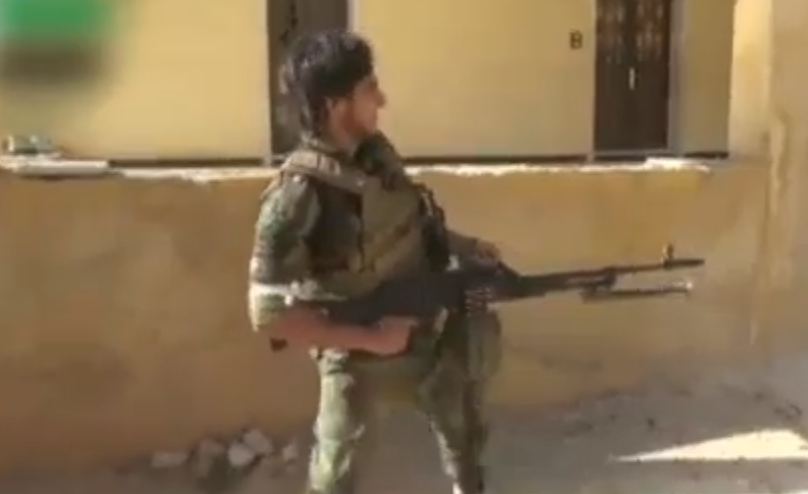 One of the most shameful forms of discourse in the current political dialogue is the use of a tragedy where there is a loss of life to promote an agenda. I find it disturbing in the recent mass shootings that in the aftermath there is an immediate call for gun control.

Whether considering shooting deaths in the cities of Chattanooga, Shreveport, Charleston West Virginia, or Charleston South Carolina, Oregon or elsewhere, the official response from the Obama Administration and, by extension, Hillary Clinton is always the same. In essence, if we could just exercise some gun control and stop the flow of weapons sanity would come back.

President Obama pledged, in his 2014 State of the Union Address, that he would advance measures to reduce gun violence “with or without Congress.”

In July 2015, on the campaign trail, Mrs. Clinton stated, “I’m going to speak out against the uncontrollable use of guns in our country because I believe we can do better.”

Gun control is rather simple. Keep guns out of the hands of criminals and prosecute criminals using the laws currently on the books. Repeal the Bill Clinton military weapon ban and arm our active duty personnel on our military installations. Stop persecuting American citizens who merely want to protect themselves. Lastly, always make sure that you do not arm the enemy.

President Obama and Hillary Clinton gave weapons as well as aid and comfort to the enemy. Their lofty words about gun control are merely the hypocrisy of actual gun runners.

Let me tell you a true story…….

Fox Intelligence Correspondent, Catherine Herridge researched and hosted a hard hitting Fox Files special that aired recently called, “The Arming of Benghazi.” As stated in the special by Herridge, “Mrs Clinton’s e-mail and the mishandling of classified information are under new scrutiny especially those e-mails in the spring of 2011 as arms poured into the chaotic Middle East and the State Department sought to arm the Libyan opposition.”

In an exclusive interview for Fox News, Herridge interviewed American arms dealer Marc Turi who is President of the Turi Defense Group. Turi is currently at the center of Federal investigation involving Libya, Syria, and Turkey.

The Turi Defense Group is a company that for decades has been licensed and regulated by the State Department to move tons of weapons around the world.

Turi claims to be haunted by the lack of vetting and a failure of oversight regarding the individuals that received the weapons during the Arab Spring who are classified by the government as “End Users.” Turi approached Libya in 2011 as a business opportunity to arm the Libyan opposition, many of who had ties to al-Queda.

The lack of a coherent allocated supply chain process may have lead to the deaths of Ambassador Chris Stevens, Sean Smith, Glen Doherty, and Tyrone Woods in Turi’s opinion. Weapons were handed out to individuals who had not been appropriately vetted.

In his interview with Herridge, Turi shared e-mails from 2011 from high level Democratic, Republican, Intelligence, and Military personnel. Some of the names referenced in Turi’s e-mails included Senator John McCain and General Carter Ham who were supporting his efforts to arm the Libyan Transitional National Council also known as the TNC.

Turi wanted to sell arms to the Libyan Transitional Nation Council directly but his initial application was denied. In part because the transitional council could not sign an end user statement.

Therefore, the only entity Turi could do business with was the United States government. Enter the CIA in the form of David Manners who had an 18 year career with the agency and was Turi’s partner in the Arab Spring arms deal.

What we had was a covert government conspiracy to arm the TNC and other dissidents in the Middle east and North Africa. The United States government gave over 400 tons of weapons to Libyan rebels without knowing who we were giving the weapons to. In early April 2011, Turi shared e-mails with Libyan Ambassador Chris Stevens indicating he was making an application to arm the Libyan opposition. Stevens thanked Turi and advised that “he would keep it in mind and share it with his colleagues in Washington.” Turi has stated that Stevens was the point guy in the Libyan arms deal.

Secretary Clinton also sent an e-mail on April 8, 2011 to Turi that she was “interested in arming the Libyan rebels by using private contractors.”

The cavalier manner in which weapons were handled out to the various dissidents in Libya and Syria haunts me. The sheer amount of weapons distributed reveal that the principles behind the Arab Spring was the actual heart of the al-Queda winter as aided by the United States government. The movement of weapons to Libya and Syria that began in 2011 make Iran-Contra look like a children’s birthday party.

This helped with the creation of a chaotic atmosphere that bred ISIS and that has lead to the slaughter of many Christians in the Middle East and North Africa. President Obama and Hillary Clinton are the Godfather and Godmother of ISIS. The chaos that reigns in Libya and Syria has directly lead to the refugee influx into Europe.

As the 2011 e-mails and other e-mail correspondence from Hillary Clinton prove, Hillary Clinton sent classified/top secret information out on a private server. Now this failed Watergate lawyer, mediocre Senator and criminal Secretary of State wants to be President?

I can see Hillary Clinton now in the oval office barking out orders to her various adoring maenads like Evita Peron in an orange pants suit. Hillary casually strokes her pet gazelle and fixes a stiff drink. She then ponders the further disintegration of the America we know and love while leaning back with her feet on an antique desk.