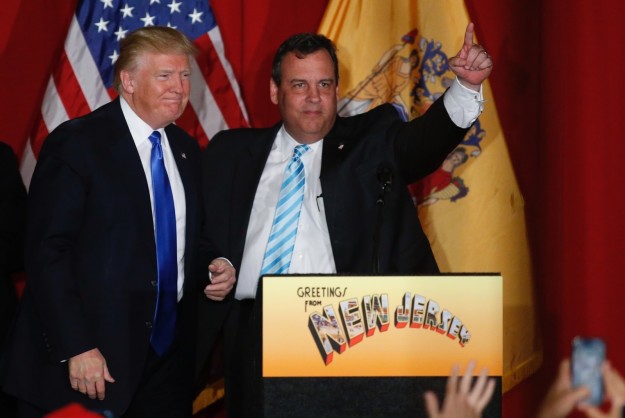 New  Jersey Governor and former 2016 candidate, Chris Christie told reporters that GOP presumptive nominee Donald Trump is not a racist and has the right to express his opinion in regards to the U.S. District Judge Gonzalo Curiel presiding over the Trump University case.

“I know Donald Trump. I have known him for 14 years, and Donald Trump is not a racist,” Christie said. “The allegations that he is are absolutely contrary to every experience I’ve had with him over the past 14 years.”

After casting his vote in the New Jersey presidential primary, one of the six last state voting in this whirlwind 2016 election, Christie in his hometown of Mendham, defended Trump for expressing his opinion, regardless of how far Trump has gone with his rhetoric.

For the past week, Trump contented that Judge Curiel cannot remain impartial in hearing a case against Trump University because of his Mexican decent.

Christie endorsed Trump before the first Super Tuesday in March after then rival Florida Senator Marco Rubio went on the attack against the GOP presumptive nominee. The New Jersey governor joined Trump briefly during the campaign trail, but lately has been quiet. He told reporters he finds it refreshing that Trump is not pre-programmed, robotic politician reading from a script.

“If you have this many microphones and cameras in front of you on a regular basis and you are not a preprogrammed robotic politician, you are going to make some statements at times that you wish you could take back,” Christie said. “From my perspective, it’s refreshing to have somebody who is willing to speak their mind and you know he isn’t reading from a script. There’s lots of things you can say about Donald. He’s not reading from a script, I can guarantee that.”

When asked about House Speaker Paul Ryan, who said Trump’s remarks are a “textbook definition of racism,” Christie stated the speaker is entitled to his own opinion.

However, Christie called out South Carolina Lindsey Graham, another fellow former rival who has called on fellow Republicans to take back their endorsement for Trump. The South Carolina Senator who has been critical of Trump during his brief campaign bid for presidency and after when dropping out to endorse both former Florida Governor Jeb Bush and Senator Marco Rubio. “Lindsey Graham has changed his mind about who he is endorsing and not endorsing so many different times its hard for me to keep track,” Christie said. “I think Senator Graham has lost any credibility he may have had at any time to give an opinion on this.”

Christie went out to add, “The fact is, Senator Graham was for himself so its hard for me to keep track. He was for Jeb, I think he was for Marco, then I think he was for Ted after he told everybody that Ted could be murdered on the floor of the Senate and he wouldn’t get one vote for conviction. Lindsey’s lost any credibility he’s had and he should worry about going back to South Carolina and trying to rebuild his base in South Carolina or he won’t be in the United States Senate for much longer.”

The Rise of Gangs and Heroin Addiction in the U.S.