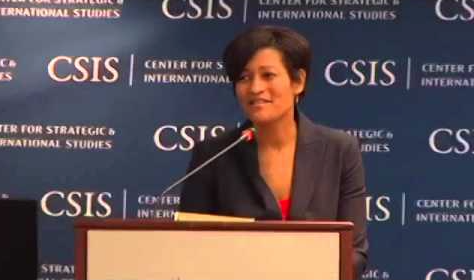 The transcript of Cheryl Mills’ deposition was released this week. The key deposition of Clinton’s e-mail system manager, IT staffer Bryan Pagliano has to be taken yet, as has that of Justin Cooper, a Bill Clinton aide who registered the clintonemail.com domain that Clintons used.

Mills lawyer is Beth Wilkinson, wife of David Gregory of Meet the Press. Wilkinson instructed Mills repeatedly not to answer questions that went “beyond the scope” of discovery or encroached upon Mills-Clinton’s “attorney-client privilege.” However, Mills began to work for Clinton after Clinton left the State Department in Feb. 2013 and only the information she learned after this date is covered by the attorney-client privilege, not the information Mills possesses about clintonemail.com since August  2011 when she had first learned that Clinton had a private server (from which she was receiving emails).

Wilkinson also instructed Mills not to answer questions related to her 2012 handling of the FOIA request filed by CREW – Citizens for Responsibility and Ethics in Washington. All questions related to the State Department’s Inspector General’s report, which showed that Mills blocked Freedom of Information FOIA requests for e-mails from Clinton, were also blocked.

Interestingly, US District Court Judge Emmet Sullivan is a Bill Clinton appointee. He is the one who limited discovery to the creation of Clinton’s private email system and to the handling of FOIA. These questions did not go “beyond the scope” and should have been answered. What is more, in depositions, objections are made and duly noted for further court proceedings. They are not adjudicated in the deposition room and the deponent may be compelled to answer them. Questions may also be rephrased and put on the table in a more specific fashion, e.g.: “Were you receiving e-mails from Clinton’s private server prior to your being retained by Sec. Clinton as her attorney?”

Unfortunately, where the dirty hands of Politics take the veil off Lady Justice’s eyes, truth is trampled and kicked under the deposition table. Fear permeates the room on both sides. What is more, when lawyers are deposed by lawyers about conduct of other lawyers with lawyers objecting to lawyers’ questions in the room weighted down by political appointments and repercussions from the Bar… Why! I doubt even waterboarding would do the job.