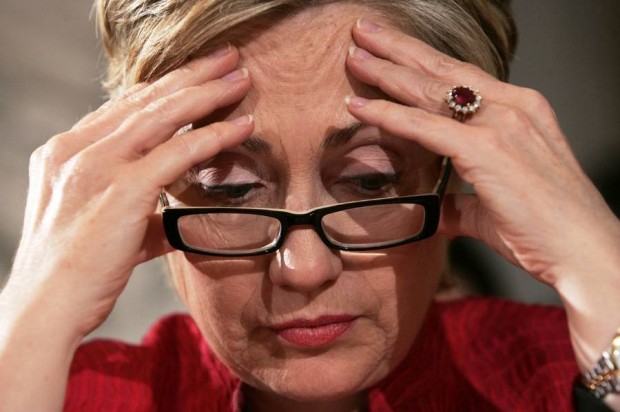 In a surprisingly candid op-ed from Camille Paglia who in no way could be called “conservative”, the truth is finally told about the panic surrounding Hillary Clinton’s campaign for the presidency. Pergola says,

“It’s zombie time at campaign Hillary. Behold the dead men walking! It was with strangely slow, narcotized numbness that the candidate and her phalanx of minions and mouthpieces responded to last week’s punishing report by the State Department’s Inspector General about her email security lapses. Do they truly believe, in the rosy alternate universe of Hillaryland, that they can lie their way out of this?”

She goes on to say:  “Meanwhile, former Bill Clinton advisor and pollster Douglas Schoen gave the strongest signal yet in a Wall Street Journal op-ed this week (“Clinton may not be the nominee”) that worried backstage huddles in the Democratic party establishment are reaching fever pitch. The article’s floating of the idea of a Joe Biden-Elizabeth Warren substitute ticket (which I’ve been privately predicting to friends all year) is so evenly and magisterially phrased that I wondered if the text had been vetted by an approving White House.”

Choosing to Identify Sexuality Before Anything Else: "Hi, I'm Macey and I'm Heterosexual..."