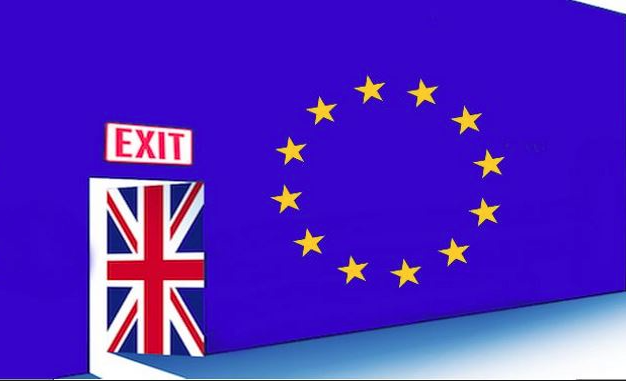 As is my want I would like to open this piece with a quote, I like doing this because it’s an excellent way for me to set the tone for an article while pirating the prestige and credibility of someone who, usually, has a great deal more of one or both of those things than I do:

“You can always count on the Americans to do the right thing – after they’ve tried everything else.”– Sir Winston Churchill KG OM CH TD DL FRS RA

We, as a people, do seem to have a genius for preparing for our crisis’ after they have occurred. In all of our fields of endeavor from war to space exploration we seem to only spur to action once that action has already begun. Now we generally muddle through and come out better than beforehand so I guess the ultimate response to these criticisms would be: ‘scoreboard’. But we once again find ourselves in a situation where we can do the right thing after a bunch of fumbles.

History will remember that on June 23, 2016 the people of the United Kingdom of Great Britain and Northern Ireland voted to withdraw from the European Union. The debate over whether or not that should or should not have happened will rage for years. That is not what I am here to write about.  I am here to write about the future and specifically what can and should be done on THIS SIDE of the Atlantic now that it has. For me it’s an easy course to chart: our closest and most important ally has just gone through a dramatic societal change and now is the time to stand up for them.

In April President Obama made clear that, so long as he is President, the United Kingdom would go ‘to the back of the queue’ for a new trade deal if it left the European Union. I admit I had a brain blue screen when I first read this, as I think it clocks in at roughly 1,634 out of 10 on the ‘inappropriate scale’ for the executive of one nation to actively inject themselves into an internal political matter of another. But leaving aside the procedural foul and looking at this in a historical and diplomatic context this statement is appalling.

Despite the copious amount of work President Obama has put in trying to make friends with those nations he views as the ‘cool kids’ (see my previous work on this website) like Iran, Cuba or Russia these have met with…um…’mixed’ success. Which is to say essentially none. All while he was pleased to tell our closest ally and cultural cousins that they simply won’t be a priority. Now admittedly I am not a professional diplomat but this seems somewhat south of prudent to me, never mind that it’s a pretty crappy thing to do.

According to census data the United Kingdom is the fifth largest exporter of goods to the United States and seventh largest importer of goods from the United States. According to a 2015 Gallop poll 90% of American’s view the United Kingdom favorably (second only to our neighbors to the North) while a Chatham House poll of the same year showed that among Britons only Australia and Canada are viewed more favorably than the US (and lets face it, no shame in losing to kangaroos and koalas). The conclusions I draw from these quick facts are:

2) The people and economies of the United States and the United Kingdom are not in sympathy with the idea of putting the other at ‘the back of the queue’.

In an era of increasingly aggressive Russian Irredentism, Chinese expansion, and continued insurgent terror it is critical that the United States and the rest of the free world strengthen ties. If future conflict can be averted by reaching out to old enemies that I am all for it, but not at the expense of those friends who have proven themselves time and again. Put more simply, if you have time to reach out to people like Iran and Cuba then you DAMN SURE have the time put nations like the United Kingdom at the FRONT of the queue.

To the administration’s credit they have said the right things since we learned that the UK was leaving the EU. Acknowledging the will of the British people and pledging continued commitment to NATO and the EU. While I wish that we were hearing a more emphatic affirmation of support for the UK directly and not through the mechanism of other organizations…whatever, the rhetoric is not the issue here. Talk is cheap and we’re seeing that reflected in the world economy. I’m more interested in what should be done.

Today, NOW, the President should be on a plane to the United Kingdom and his first act on landing should be to quote the famous words of FDR to Winston Churchill, “What can we do to help?” Announce publicly that you are working on a bi-lateral trade deal and that the ‘Special Relationship’ remains as strong as ever. This is a real chance for the President run out the clock on his term in office with a real feel good story. I have little reason to be optimistic that these things will happen, but I can dream, right?

So listen to ‘Rule Britannia’ followed by ‘Yankee Doodle’ today. Call some French fries ‘chips’ and maybe watch some Monty Python. You’re now a citizen of a world that is a dramatically different geopolitical environment. We may be witnessing the tipping point as people across the world turn away from the federalizing trend toward ever more sprawling governmental control. I personally think that the Netherlands will be the first nation to try and avail itself of the fresh ‘UK shaped’ hole in the EU. But what does this possible trend mean for those of us living on THIS side of the Atlantic? Hmm seems like it might be a good topic for a future article…

James Patrick Riley: Why Did The Lord Say 'Fear Not'?

AlfonZo Rachel: 'Yo! Where'd the Ark of the Covenant Go?'