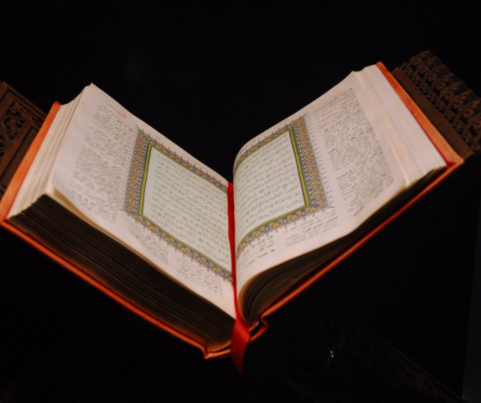 The streets I had walked through so carelessly and happily only three years before, were now sectioned off with police tape and crowded with emergency personnel and shocked bystanders. The threat of Islamic terrorism was suddenly and imminently real. It was not something the western world could ignore anymore.

Flash forward to the most recent ISIS linked terrorist attack in Orlando. I began to feel the same fear and insecurity as I watched the events unfold, only the fear was greater this time. This attack took place on US soil. The targets were American people. The threat was essentially in our backyard.

After the Paris attacks and now after the most recent attack in America, I am hungry for answers about the threat of ISIS and for action to be taken by our country to defend itself. As I looked to the president’s response to this attack and hoped that he would take a definitive stance to protect the American people, I was met with attacks on conservatives over semantics and a push of liberal gun control agenda.

In my search for answers and understanding about the most recent events in our world’s history, I realized I had to take matters into my own hands. After the attacks in Paris I ordered myself a copy of the Qur’an. I wanted to read for myself what these extreme Islamic terrorists believe and try to better understand what was driving their attacks. Throughout my study I began to realize the importance of the Qur’an in the events of modern history and why American’s should take the time to become familiar with it.

I have a Muslim acquaintance who I have been able to dialogue with along these lines. As I have read the Qur’an I have gained confidence in my ability to question and communicate with him on many modern issues. There seems to be this fear among many Americans, especially American Christians, which causes us to bury our heads in the sand. We use the Bible as our shield against other religions, but we fall short of having the knowledge and understanding to engage in meaningful dialogue as part of our defense.

Studying the Qur’an has allowed me to engage in meaningful conversations with people as Americans try to make sense of the world events around them.

Knowledge of the Qur’an Allows us to Know Our Enemy

The president has danced around the issue of defining our enemy. Even in the wake of the most recent attack on American soil, the president refuses to clearly define who our enemy is by not calling them radical Islamic extremists. Without a clear definition of the enemy, it is no wonder that our country has not yet declared a full out war on ISIS. As I’ve read the Qur’an I have gained a clearer understanding of who our enemy is. Islamic extremists are currently acting out the instructions in their holy book. I began to underline verses and passages that spoke of violence against people who do not follow Allah, and I was shocked by how many references the Qur’an has that directly correlate with the attacks that ISIS is carrying out across the globe.

These passages, along with MANY others point to the extremists’ belief that the violence and killing of non-Muslim people is the goal of Islam, and if they die while carrying out one of these acts, they will continue to live and be rewarded in the afterlife.

The Qur’an does not allow our enemy to be sugarcoated and brushed under the rug. The threat is real and ISIS is following through with how they have interpreted their holy writings. Reading the Qur’an has opened my eyes to the very real terror threat that our country faces. ISIS will not stop until they feel they have obeyed Allah by terrorizing and killing non-Muslim people.

The president and his liberal comrades have made America a “soft-target” for more terrorist attacks. He is not fostering a sense of security or taking a stance to fight the threat, instead he is attempting to further divide the country by focusing on domestic issues and stricter gun laws. In the wake of the most recent tragedy our country has faced, Americans need to educate themselves on the enemy. ISIS will not stop. They are carrying out orders that they deem holy and noble. Even though the president has failed to appropriately label our enemy, through the reading of the Qur’an and dialogues with Muslims in America, we can have a clearer picture of who ISIS is and what needs to be done to protect ourselves from further attacks.