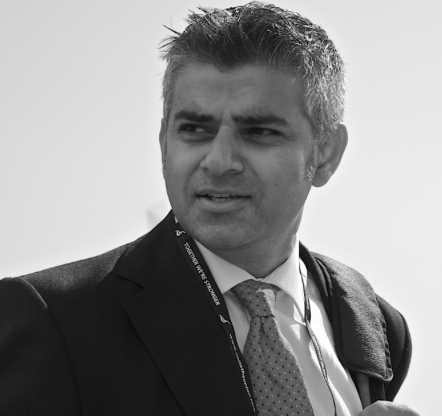 Sadiq Aman Khan is 46 years old. He was born in London, fifth of eight children to a Sunni Muslim family of Pakistani immigrants. As he publicly declared, his family continues to “send money to relatives in Pakistan… because we’re blessed living in this country.” However, one might also ask: how does he pay back to the country which bestowed such blessings upon him?

As soon as Mr. Khan obtained his law degree, he focused on employment and discrimination law, taking up cases of “oppressed Muslims,” such as Ahmed v. University of Oxford (2002). In this case, three students took an exam in Arabic: one was white and two were non-white. The white student, Ms. Clark, passed, but the non-white student, Mr. Ahmed failed. Dr. Zimmermann, their examiner, was sued for discrimination against the non-white student under the Race Relations Act of 1976. Mr. Khan took up Mr. Ahmed’s defense. The Crown Court ruled against Mr. Ahmed, who said he was “flabbergasted and shocked,” and appealed the decision based on “bias” and “unfairness” – to spite Oxford University, which issued a statement to the effect that the “case should never have been brought” and that it is one of the “most diverse and multicultural institutions in England” (a statement with which anyone who has ever visited Oxford would no doubt whole-heartedly agree). Mr. Kahn appealed and fought on, asserting this Muslim student’s rights for another two years. I wonder if Mr. Ahmed, a graduate enrollee in an MA program in Medieval Arabic could not have perhaps prepared better and retake the exam…?

In another case, Dr. Jadhav v. Secretary of State for Health, Mr. Khan sued the Department of Health based on racial discrimination against Indian doctors. In this case, Dr. Jadhav, a physician born in India who had obtained his degree in Bombay, was refused training in England on the grounds that his visa would run out before he could complete the training. After a prolonged trial, Department of Health considered appeal more costly than settlement, and gave Mr. Khan and Dr. Jadhav 635,000 GBP to make the case go away.

Mr. Khan has also always enjoyed suing the police for racial discrimination. Most notably, in CI Logan v. Met police, the Chief Inspector, chairman of the Metropolitan Black Police Association (MBPA) was accused of filing a false claim for a hotel bill. Mr. Khan alleged that the case against Logan was made up against him because of his support of an Iranian-born superintendent Ali Dizaei who was charged with dishonesty at the Old Bailey. Mr. Dizaei won the case against him and Inspector Logan was cleared of all impropriety. Consequently, Mr. Khan gained more notoriety in the media and could move on to even more controversial cases, such as suing the police under the Human Rights Act during the tumultuous communist Mayday demonstration in 2001, suing the Met Police for false imprisonment (DcDowell and Taylor v. Met Police) or defending Mr. Farrakhan against the Home Secretary.

Farrakhan v. Home Secretary can be cited here as a case in point for Mr. Khan’s staunch defense of radical Muslims. Louis Farrakhan, was born as Louis Wolcott. He was first known as Louis X (professing “X” for his allegedly “slave heritage”). He learned Koran by heart and changed his name to Muhammad after his conversion and acceptance to the Nation of Islam (NOI), one of the largest racist Muslim groups in the United States. He also took up the moniker Farrakhan as a “holy name” (which in Arabic means “the Criterion” or “Al Furquan” and references Quran itself). Farrakhan alias Furquan is currently the leader of the Nation of Islam, minister of major mosques in Boston and Harlem, and even the Southern Poverty Law Center describes him as “anti-Semitic and proponent of anti-white theology.” He has been widely known for being homophobic and preaching hatred of white people. He is also fond of scientology and advocate of Hubbard’s “auditing” techniques for all his disciples.

Mr. Khan defended the racist Muslim Jihadist Muhammad X Farrakhan Al Furquan when the British Home Department denied him entry to the United Kingdom, on the grounds that his presence would exacerbate tensions between the Jewish and Muslim communities. How this dispute ended is apparent from the fact that Mr. Khan has been elected as the Mayor of the City of London.

There are numerous other cases, many of which involve fake “students,” illegal immigrants and radical Muslims sentenced for deportation by the Department of State. Mr. Khan defended them all, mostly with great success and to his current renown and acclaim.

As attorneys, we sometimes have to take cases of clients whose claims are not clear-cut, because facts are often not black-and-white. However, there is something wrong with lawyers who see only black and for whom Good and Evil are mere political causes. I wonder if the people of London really know whom they entrusted with their highest office…