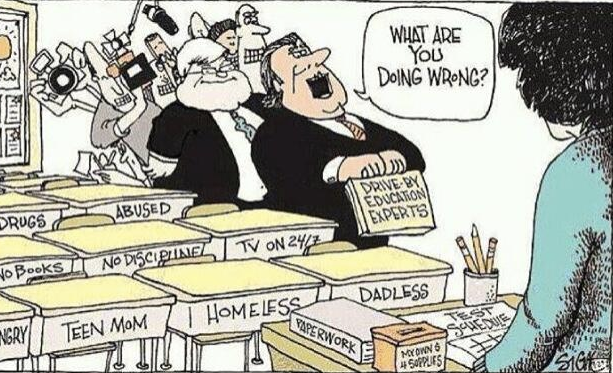 The culture war is being fought primarily in our schools, beginning in pre-K and all the way through to our universities. Teaching multiculturalism and diversity appears to have started in the United States with the International Baccalaureate program which came out of the United Nations. It was and has been sold to parents as a rigorous program in which only a select few students are invited to participate. According to the IB website,

“The International Baccalaureate aims to develop inquiring, knowledgeable and caring young people who help to create a better and more peaceful world through intercultural understanding and respect.” In addition:“These programmes encourage students across the world to become active, compassionate and lifelong learners who understand that other people, with their differences, can also be right.”

While International Baccalaureate began as a high school program in the 1960s it now includes a primary years program for ages 3 to 12 and a middle school program. Getting to children at younger ages when they are still impressionable and their consciences and belief systems developing is extremely dangerous to a society. It is how Hitler was able to bring about the rise of the Third Reich; indoctrinating German youth beginning as early as ten years and the Hitler Youth programs that began when they turned fourteen years old. It was easy for Hitler to engage the German people with promises of a return to greatness for their country. Here in America we are a nation comprised of people from many different nations and cultures who have been able to keep alive some of the traditions of our former cultures while assimilating into this melting pot with the shared vision of a land of limitless opportunity for those who work hard and follow the rules. However, our country’s foundation comes from a Judeo Christian tradition and the belief that we as individuals are born with rights coming from our Creator. We understand the concept of the “laws of nature and nature’s God.” Most of us acknowledge these laws are inviolable and should not have anything to do with one’s culture.

While exposing our children to other cultures can be educational and enlightening, it is the moral relativity that comes with it that is where the culture war is being fought… and sadly being won. This moral relativity creates doubt and uncertainty and leaves our children vulnerable to indoctrination from forces with evil intentions. This is not so much a culture war as it is an attempt to deny the laws upon which we have based our western civilization.

Progressives are working hard on college campuses inciting our youth to protest for social, economic and even environmental justice. They have no idea they are being used in this effort to fundamentally transform America. The only way to win this war is to take back our education from the progressive left and teach our children the truth; that the laws of nature are and always will be inviolable and cannot be denied. And that other cultures and people, with their differences, might just be wrong.

May 4, Holocaust Remembrance Day: We Must Make "Never Again" a Reality