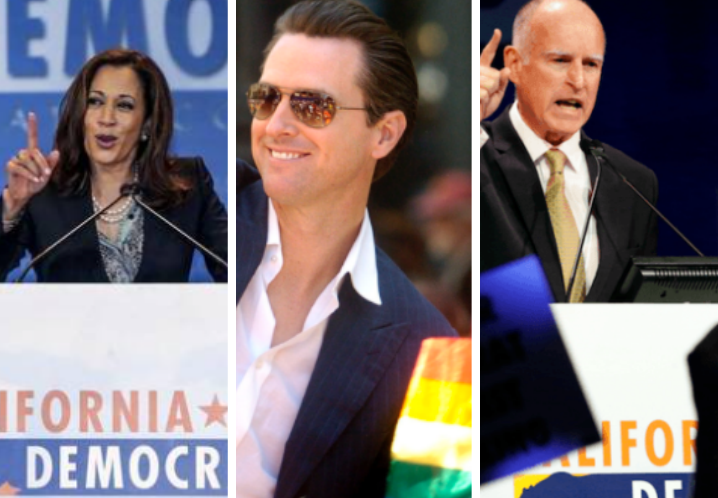 HOUSTON, Texas – Donald Trump has financially supported the top three statewide elected Democrats in California, giving them thousands of dollars for various campaigns reaching back more than a decade. The current Democrat Governor Jerry Brown, Lieutenant Governor Gavin Newsom, and Attorney General Kamala Harris are perhaps the most liberal group of top state officials in the country, supporting numerous failed policies that have weakened the state’s economy and security. Trump backed their various electoral bids against leaders in the California Republican Party.

“Donald Trump has consistently financed the campaigns of some of the most liberal politicians in the country,” said presidential candidate Ted Cruz. “California is perhaps one of the more egregious examples. From supporting high taxes and heavy regulation to amnesty and sanctuary cities, the top three officials in California have been a disaster for the state. A number of qualified Republican candidates ran to fix California’s problems, but Trump decided to back liberal Democrats against them. This is an insult to every Republican candidate, activist, official and volunteer who spent countless hours knocking doors, filling envelopes, making calls, and raising money to prevent these far-left liberal extremists from taking office. It is a betrayal to all that Republicans across California have worked for.”

In 2004 and 2006, Trump helped reignite Brown’s career with $3500 in donations to his campaign for Attorney General. He gave $2500 to America’s most liberal mayor, Gavin Newsom, in 2009 to boost his political bid for higher office. And shockingly, Kamala Harris, the Queen of Sanctuary Cities, received $6000 from Trump in 2011 and 2013 to run as California’s chief law enforcement officer. Trump has not donated to the CAGOP since 2005.

The results have been disastrous for California. The Golden State ranks 48th on the Tax Foundation’s State Business Climate Index. Burdened by some of the highest taxes and heaviest regulations in the country, businesses and jobs are fleeing to states like Utah and Texas. California’s unemployment rate remains higher than the national average.

California’s support for amnesty and sanctuary cities has encouraged lawlessness and threatened the lives of its citizens. In 2015, Kate Steinle was murdered by an illegal immigrant who had been deported five times, but was living in San Francisco, a sanctuary city. After the murder sparked national outrage, Ted Cruz introduced “Kate’s Law” to stiffen penalties for illegal aliens reentering the country.