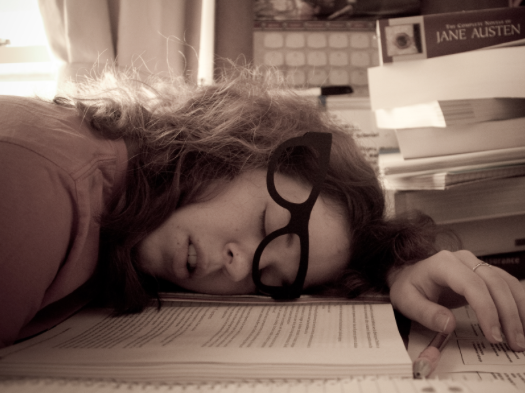 Hello friends and PolitiChicks readers! Let me start off by saying I had an extremely rough year last year. I won’t go into detail but there are times when the world gets into your psyche and no matter how hard you try you just can’t get it out. I’ve spent the past five months gathering my bearings and trying to tread water which is why I haven’t written anything.

The world we are living in is upside down and ugly. I didn’t want it in my brain, but it firmly lodged there and I couldn’t shake it. Worry, anxiety, fear; it all overwhelmed me. It clashed with other things that I have happening in my nervous system. It began to manifest physically.

I have also spent the past five watching the news, reading up on the issues and staying informed, but not writing about it. Truly, the only defense we have is to educate ourselves and remain prepared. I almost have no use for someone who doesn’t know even the rudimentary problems we face as a nation. I know that sounds snobby but I think it’s important to know what goes on around you. Even worse, verything I had to say or pointed out were things I had already written about. Things I knew were going to happen and they did. I didn’t want to start every article with, “I told you so.”

I refer to myself as a reluctant activist. I honestly did not want to put myself out there and take on the establishment of the education system. I know it has been done before. I know that those people who took it on were, and still are, called names. I know that despite their efforts they lost. And I know now that even though I couldn’t not say something, I was always aware that I only had a small chance of making a change. It was worth it to try, though. For my children and yours. I know it’s a behemoth that can’t be killed easily. My friend and I felt like David and Goliath – only we couldn’t get that rock to hit the giant in the right spot to take him down.

Since I began this journey of being a reluctant activist I have had many negative experiences. People and organizations who saw my stand against Common Core and ultimately the entire education system as backwards and ignorant. I’m sounding the alarm on issues that are exactly like what Hitler did in Germany. However, this is America and this just can’t happen here. It will never happen here.

I have also had many experiences that I’m honored to have been a part of. Things that make me cry and have given me lifelong friends. I saw that I wasn’t alone. I wasn’t the only one who thinks the way I do, especially in my backwards state.

I have seen veterans who fought in World War II and Korea cry tears of genuine sorrow that they put their lives on the line to keep these communistic ideas out of the US. A woman who fled from Poland when the communists killed her grandfather and would not tell her mother where he lay. All she could do is ask, “Why?” with tears streaming down her face. Why would the country she saw as a beacon of hope start to do exactly what she saw in her birth country?

It’s not like we were fabricating stories and making things up. We had documents from the fed that we were reading aloud and passing around. And the tears came from these people. There was anger, confusion, stoic silence – but the tears…the tears I will never forget.

I have lost friends in the last 3 years of activism. Although I was careful not to beat the drum too much because, honestly, we all have that friend who yells at us to be more involved in whatever cause they are promoting and I didn’t want to be that annoying friend. Yet friends have left. Moved on and made plans without me because, “She’s too busy.” I never talked about my “fight” unless asked. And I tried to be brief, although I am sure I ran-on sometimes. Always followed by an apology so my dear friends wouldn’t think I was too overtaken by the issue. Although, to be honest, I was.

At some point after the constant bad news coming from the state capitol and Washington D.C. you decide you can’t waste any more of your money or time away from your children trying to wake people who don’t want to wake up.

I’m saddened that my children will grow up in this world with the majority of their peers being brainwashed into believing socialism works. And if you doubt that is what will happen you need to look no further than the maniacal support for Bernie Sanders. It has already started.

All I can do at this point in time is to keep myself educated and focus on my home and family. I took my children out of the public education system two years ago, over one full year of learning about this disaster. We are doing our schooling at home and they are learning to think for themselves. How could I keep sending them? Everything I learned and wrote about was truth and I believe it. I couldn’t leave them in that system.

My youngest no longer almost cries on Earth Day about the amount of water we are using. Thank goodness, because our water bill is outrageously high and I hated to have to turn on all the faucets in the house to show him it wasn’t a dire threat.

I still keep abreast of what happens in my own district. I try to interject when I can, which is rare. It also feels like I’m literally speaking to a brick wall. The useful idiots and faithful soldiers are going to sink our country.

I will make sure my kids have life rafts so that they can be the voice of reason when everyone else is drowning.

Christian Persecution Continues - And the World Turns Away