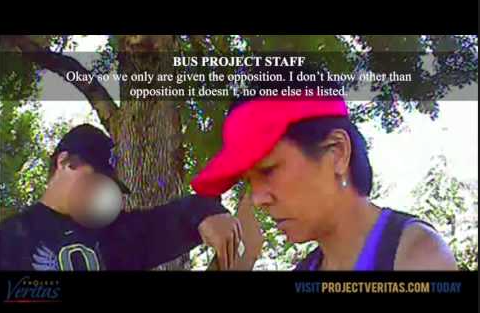 Oregon politicians have done it again, proving just how corrupt they are. You know it’s bad when Brad Avakian, the guy famous for forcing “Sweet Cakes by Melissa” to pay damages for not baking a gay wedding cake (and effectively putting them out of business and ruining their livelihood), is calling a fellow politician out on corruption.

Val Hoyle, former Majority Leader of Oregon’s House of Representatives and currently a candidate for Secretary of State, took money from Bloomberg for her campaign in the amount of a quarter million dollars for her work on a gun control bill that passed in the Oregon legislature. The money was received a year after the law passed. Hoyle likes to preach about getting money out of politics, yet she accepted the large amount from the gun control advocate with a smile.  This happened six years ago (yes, we’re only finding out about this now).

Thankfully, Project Veritas’ James O’Keefe has been following the corrupt education system in Oregon for several years.  While looking into the “service learning program”, O’Keefe realized that Oregon was exploiting high school students to campaign for candidates within an operation called the “Bus Project”, which bills itself as a “Volunteer-Driven Democracy For Our Generation”.

“… transform the classroom into a political operation designed to re-elect candidates and convert the community service curriculum by presenting itself as a volunteer run democracy. O’Keefe presented himself as a Bus Project volunteer and filmed their efforts to help re-elect Democratic Oregon State Representative candidates, specifically Val Hoyle.”

And the best part? It meets Common Core standards! The new standards require students to do community service in order to graduate.

When one student asked about the opponent and what their stand was, a Bus Project worker claimed there was “no opposition” that he knew of.

Hoyle was recently running for Secretary of State. She’s a progressive champion and has also been integral to getting 1 billion dollars to Oregon schools. At least that’s what it says on her website. Maybe she figured the students owed her.

Oregon, oh Oregon. I wouldn’t trust you to clean up my backyard after the dog has a bad reaction to the bean burritos he stole off the kitchen counter.