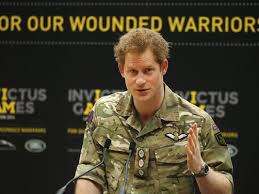 It’s hard for us to imagine the sacrifices made by our men and women in the armed forces. For sheer love of their family and country they volunteer to place themselves into life-threatening situations from which they know well they may never return. Perhaps worse yet, some of them do return after seeing things no human being should ever be asked to live within their memory: the death of a comrade, the horror of knowing your life is in constant danger for days, weeks, or even months at a time, and the dehumanizing experience of having to destroy the lives of others, to name a few. Most of them wouldn’t even want the rest of us to so much as imagine what this is like; they put themselves through it so we don’t have to.

But it’s also hard for us to conceive of the courage, tenacity, and unadulterated heroism that lives within each of these people, making it possible for them to step forward when the call goes out for people to brave these inhuman nightmares. It’s that same unbeatable tenacity that gives them the strength to carry on when they come back home, but not quite in one piece: that is, wounded, perhaps even maimed, often seared in their memories at the hands of the enemy.

It’s easy for us to feel sorry for our Wounded Warriors. But heroes have no wish to be objects of pity. One of the greatest challenges they face when they return after sustaining an injury in battle is being seen as broken, as once-proud defenders of freedom who now are weakened but still remain powerful and remarkably – extraordinary.

We are all very fortunate that Prince Harry of the United Kingdom is in the United States for the sporting event he founded for wounded veterans “unconquerable “character of servicemen and women, their families and their spirit. In 2014, he “Prince Charming,” organized and hosted the first Invictus Games, an athletic contest that invites the wounded, ill, and injured military veterans from countries around the world to compete in various sporting events. Many of these people are confined to wheelchairs, having missing limbs, and not just physical injuries that Invictus competitors have overcome but mental health challenges, or face similar challenges scarcely imagined by most athletes in such competitive positions. And they carry on, striving with the same sort of indomitable spirit one would find in any Olympian. They may have been hurt in battle, but they were never beaten, hence the title of the competition: Invictus, which means “unconquered”.

Prince Harry’s idea in 2014, has lead to what we have today “I Am” Invictus and now that he has accomplished it in London it is being expanded and now held in the United States hosted by Disney in the city of Orlando, Florida. Once again, warriors turned athletes from around the world will compete in the Games. Each will strive to win, but each one will be already a winner, having won a great victory by virtue of simply being a Hero for their nations. Our own former President, George W Bush, will serve as Honorary Chairman of the Games.

The Invictus Games are a fitting and long overdue tribute to the boundless strength of our wounded veterans, our warriors. Prince Harry is to be applauded for inaugurating the 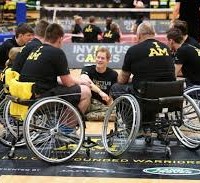 event, and his initiative is an inspiration. Private corporations, around the country and around the world, can and should sponsor these Games for those who have been injured in the line of duty. We can never articulate to our wounded soldiers enough love, appreciation, and respect for all that they have done for us, and the best way to acknowledge them is not through sympathy and sadness, but by giving them the chance to demonstrate that they have triumphed in every battle they have been asked to fight: In enemy territory, they survived, and when wounded, they remained unconquered.

It’s the “I Am” Invictus Games!