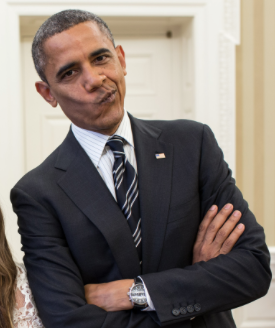 Most people know someone who never really left high school, even after they left. It doesn’t matter if it’s the former QB who is STILL reliving that one TD pass into the back corner of the end zone or the ex-cheerleader who still thinks of other women as her minions. This can provoke reactions in other people ranging from willful acquiescence in a skip down memory lane to a ‘that’s just sad’ rueful head shake. The implications of when the leader of the free world and President of the United States cannot shake his High School insecurities are a little more disastrous.

Allow me to explain, we all knew or at least knew OF the kid who was determined to be part of a crowd where they just didn’t fit. For whatever reason this person did not have the bone fides to be truly accepted as a member of the particular clique but damned if they didn’t try hard to anyway. So they gave rides to the group, bought the snacks, ran messages, and otherwise were treated like I’m sure Alan Colmes is at Fox News. The target group may have more or less tolerated their presence as a practical matter of convenience but everyone except the eager beaver knew that they didn’t really accept them as one of their own.

So what is the point of this ‘Bowling for Soup-esque’ look back in time? Well aside from the chance to make that reference (#Winning) I’d like to explain how the ‘Obama Doctrine’ of foreign policy seems to be an outgrowth of the same kind of thinking.

As much as he got lampooned for repeating himself over and over on the subject I actually agree with Senator Marco Rubio…Rubio (see what I did there?). I think those who think President Obama is simply blundering blindly through his presidency with no clear plan are erring. I think what trips people up is the fact that the inevitable outcomes of this plan are SO catastrophic that they appear to be the random fumbling of someone improvising their way through life. So naturally we have to ask: why continue down a path that is so obviously littered with land mines?

In some ways I honestly believe the President is a victim of his own hype. Unlike a lot of people you’ll meet who claim conservatism I don’t actually have any sort of personal animosity for him as a human being. I think he dotes on his daughters and might actually be a fun guy to catch a ball game with. Unfortunately these traits, however admirable, do not a President make. I think President Obama, over the course of his meteoric rise in American politics, has gotten so used to dealing almost exclusively with ‘home field advantage’ crowds that it has given him a woefully inflated sense of his own abilities. He’s been dealing with cherry picked audiences eager to play the role of the sitcom laugh track for SO long that it seems he’s forgotten that people who might question his policies aren’t just some bizarre fringe aberration.

In fact those of us who are, to put it mildly, skeptical of the Obama doctrine in foreign policy are far from a lunatic fringe (though as always those elements seem to be yelling loudest and drowning out the rest of us). How is the Obama doctrine like a desperate High Schooler you might ask? Because I really think the corner stone comes down to a rock hard belief within President Obama that everyone, and I mean everyone, either likes him or WILL like him if they only to the time to get to know him. Therefore if he’s just nice to people they too will come to realize what a great guy he really is and will eventually be as appreciative and malleable as the crowds whose approbation he so loves. Add to this a common affliction among American progressives that automatically equates ‘American foreign policy’ with ‘evil’ and thus turns anyone opposing it romantic idealists struggling against tyranny and you get our current disaster.

Iran is the text book example of this phenomenon. I realize that President Obama wasn’t physically the guy in the room working clause by clause through the text of the agreement his administration reached with Iran but the buck stops at the top. Despite the crowing from various members of the administration and democratic members of congress essentially the world powers took the attitude of “if we give them responsibility they will grow into it”. If the President could just get SOME kind of deal done, if he could open a dialogue, then he just KNEW Iran would come around. Of course the ink on the deal had barely dried when the following things happened:

Now let’s talk Cuba. For various reasons I actually believe it was past due for the embargo to end. Primary among them is my belief that when it comes to eroding totalitarian regimes it’s more effective to beat them with big macs and blue jeans than with bullets and bombs. Give people a taste of the good life in one aspect of their lives and they’ll start trying to improve others. Our President saw it differently; eager to make friends across the Caribbean Sea he immediately adopted lingo and world view of the clique he wanted to join. So there was a lot of ‘victims of American aggression’ undertones and of course Cuba got a great deal of what it wanted, the president got very little but a victory lap and the certainty that yet ANOTHER world leader was under his spell.

And, again, Air Force one was barely wheels up when the Castro Bros started in with the smack talk. Cuba has also been busily listing the things they will NOT be doing to accommodate the United States. Oh, and the Cuban exile communities are almost universally condemning any deals with the devil. Of course the tone from the White House remains, don’t worry they’ll come around. If I keep doing things for them they’ll eventually be my friends! 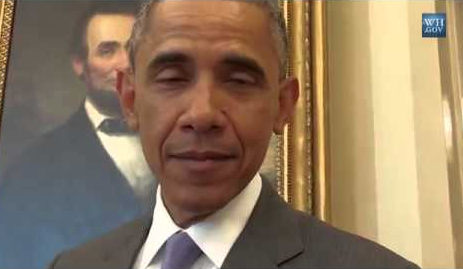 And finally, By the Grace of God, Emperor and Autocrat of All the Russians, Czar Vladimir I. This is the ultimate example of President Obama swinging the hatchet (though he sees it as a chainsaw) of his charisma against the 10 feet of solid stone that is Putin. Nowhere is our President’s desperate faith in his own likability as a diplomatic tool shown to be hollower than when he squares off with the Bear. When dealing with the ruthless almost Bismarck style realpolitik favored by the Kremlin, President Obama is so far out of his depth and dealing with a person he is so ill-prepared to handle that it would be amusing if weren’t so tragic.

To list instances where Czar Putin has essentially told the Obama Administration ‘c’est la vie’ and gone right ahead with what he was always going to do despite warnings from Washington has been done before and would be beside the point. President Obama seems to be so nonplussed by the notion that there might be someone immune to his brand of charm that he seems to simply blank it out of his mind and double down. I’m not advocating for a policy of meeting any and all Russian provocations with a closed fist, what I am saying is that the present administration seems to be floundering. It’s one thing to speak on a campus to a crowd full of people who are already pre-disposed to WANT to like you, it’s another when it’s one of the most aggressive and expansionist Russian rulers since Peter the Great.

Underlying it all is the insecure underclassman running after the ‘cool rebellious kids’ in the desperate hope that they might someday accept him. The worst part is he can’t see the power and scope of his office would allow him to do a tremendous amount of good in the world but, like teenagers everywhere, he’d rather lean into the idea of victimhood (see basically ALL of his domestic policy) and identify with those who he sees exemplifying this. How else do you explain his truckling to the Castro bros and the Ayatollah while casually telling our closest allies in the UK “don’t look to us for help if you leave the EU, you’re on your own”.

So President Obama, let’s get really real here you and I. If they only like you because you give them stuff (lifting sanctions, unfreezing assets, etc) then they aren’t really your friends. And sure we all like to flirt with danger from time to time but I think it’s time to settle down. I know, it’s hard to shake the idea that anyone who opposes the US must be in the right because American foreign policy is ALWAYS wicked. But places like Iran, North Korea, Cuba, and Russia…that sort never calls back. They may like your stuff…but they just aren’t that in to you!

May 4, Holocaust Remembrance Day: We Must Make "Never Again" a Reality