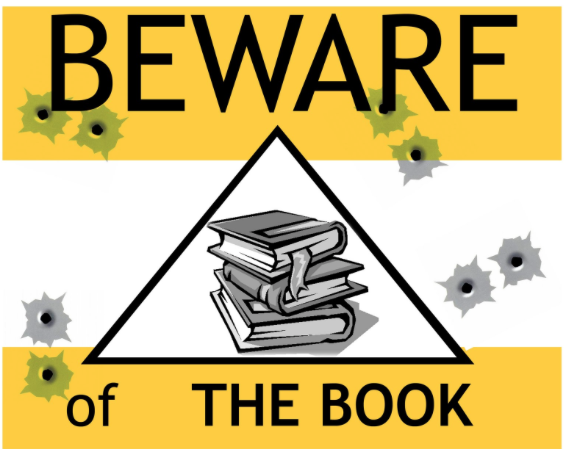 Sometimes parents question novels that teachers have students read in class. Usually these parents are called Hitler and accused of wanting to ban or burn books.  However if you’re a district person or a school board, you can ban important curriculum without too much push-back at all.

Oregon approved the new Franken-science that is Common Core aligned a couple years ago, after much objection from certain parents who were actually paying attention to what was happening. The new standards definitely push man’s role as being the driving force behind climate change. It also pretty much scares the devil out of kids, making them believe that the planet will spontaneously combust one day because they once used hairspray. Okay, maybe that’s an exaggeration, but we all know that climate change champions like to use fear to gain control over people.

The Portland Public Schools board unanimously approved a resolution this week that bans textbooks and other teaching materials that deny climate change exists or cast doubt on whether humans are to blame.

The resolution, introduced by school board member Mike Rosen, also directs the superintendent and staff to develop a plan for offering “curriculum and educational opportunities that address climate change and climate justice.”

I have to ask: What is “climate justice?” Is the weather going to somehow start demanding equal…something? I don’t even know. Maybe it will start to march, making demands like “Climate Matters!”

Anyway, back to the topic at hand. If the education system is touting critical thinking as one of the things that Common Core is going to be “teaching” then why are they removing something that would, in fact, be a great critical thinking exercise?

Many people who believe in climate change refuse to even acknowledge that the debate is still raging. It is a highly contested, controversial topic.

Why are we teaching it to children as if it’s fact and not presenting the other side?

Why is it so hard to see that presenting both sides would be healthy for students? They can look at both sides and research on their own while coming to their own conclusions.

This effectively removes one side and claims it’s the truth. Maybe PPS needs a new motto: We Promote Critical Thinking – Unless It’s About Climate Change.

The truth is this: man made climate change is not a proven fact. To present it like it is negligent. Shame on these board members. If you need proof that the education is brainwashing kids look no further than the comment that one student made regarding the issue:

“It is unacceptable that we have textbooks in our schools that spread doubt about the human causes and urgency of the crisis,” Lincoln High School student Gaby Lemieux said during board testimony Tuesday. “Climate education is not a niche or a specialization, it is the minimum requirement for my generation to be successful in our changing world.”

Well that does it for me, folks. A hormonal teenager has used big words and made me see that the crisis is urgent and I need to be brainwashed too. I mean, I need to stop using aerosol cans. And driving. And breathing too much.