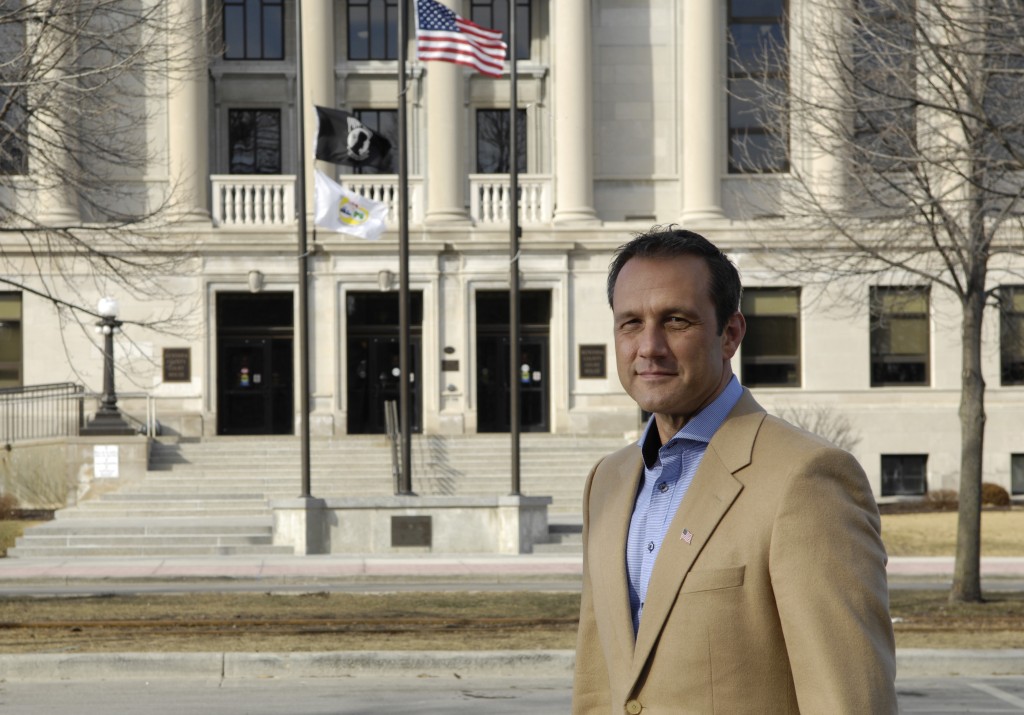 The motorcycle and tattoos feature in Nehlen’s latest campaign video:

The video advertises that Nehlen is not a political insider but rather a regular successful American businessman who can be a catalyst for change in Washington.  Nehlen is self-made success story, a blue collar MBA.  He started out as maintenance mechanic in 1980’s putting himself through school to earn an engineering degree over 12 years while supporting a wife and two kids.

Nehlen has been division president for a private equity company in charge of business dealings in Europe, Middle East, and Africa in a fortune 500 company, owns several patents and runs his own successful business.  So he understands hard work, late nights, international trade and business.

And his tattoos mean things  — the American flag with the words “Molon Labe,” a defiant response of King Leonidas I of Sparta to Xerxes’ demand to surrender weapons that has become a battle cry for individual gun rights under the Second Amendment.  Nehlen embraces the Founders’ original intent of the Second Amendment to guarantee an individual’s right to keep and bear arms, not a collective state right to arm a militia.  He supports the universal carry bill, noting that Speaker Ryan ignored that bill, championing the Trans-Pacific Partnership and the Puerto Rico bailout instead.

And the guy even has a fun, defiant website named DumpPaulRyan.com complete with a fun promotional squeezy dump truck toy reminding folks to “dump” Speaker Ryan.

Brian Bledsoe: My Life As a Delegate, From State to National