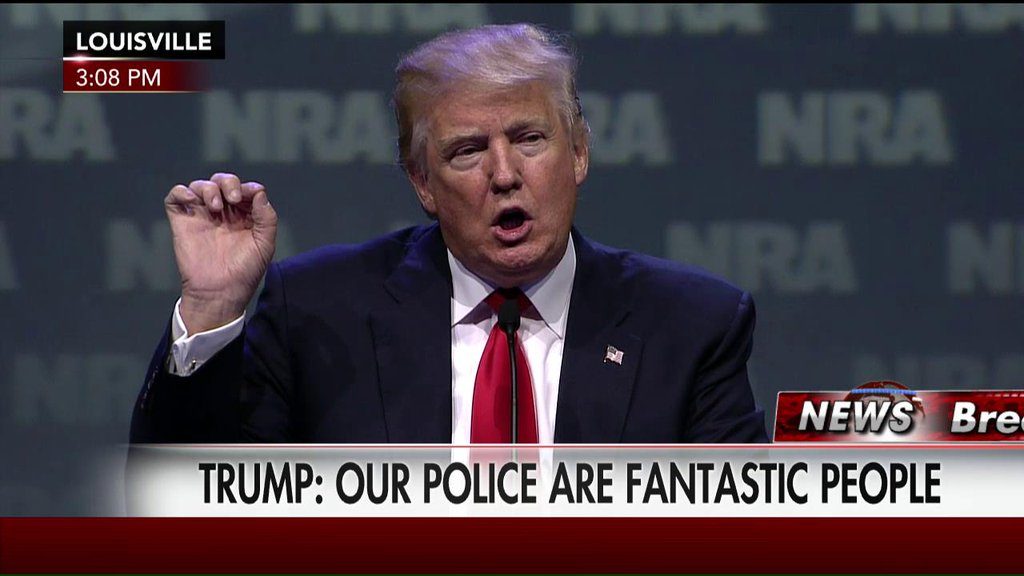 The National Rifle Association endorsed Donald Trump for president at its annual NRA convention in Kentucky.

“If your preferred candidate dropped out of the race, it’s time to get over it,” Chris Cox, the executive director of NRA’s Institute for Legislative Action said before Trump began to address the enthusiastic crowd of gun lovers. “So on behalf of the thousands of patriots in this room and the five million NRA members across this country, and the tens of millions who support us, I’m officially announcing the NRA’s endorsement of Donald Trump for president.”

The #NRA is proud to endorse @realDonaldTrump#NRAAMpic.twitter.com/7pm5vZ4OT0

Usually the NRA doesn’t endorse a presidential candidate this early in the election cycle where most of their endorsement came weeks before the general election. The NRA in 2012 did not endorse GOP candidate Mitt Romney until October 2012.

Calling the endorsement a “fantastic honor” and promising the pro-gun group members that he will not let them down, Trump immediately pounced on attacking Democratic presidential front-runner Hillary Clinton for being “anti-gun” and a “hypocrite for wanting to take away guns, but have bodyguards with guns.”

Thank you! An honor to be the first candidate ever endorsed by the @NRA– prior to @GOPconvention! #Trump2016 #2A https://t.co/ygLUAl7gzx

“Hillary wants to disarm vulnerable Americans in high-crime neighborhoods,” Trump added. “You know the only way they’re going to be able to protect themselves and if you take that gun away from them, it’s going to be a very unfair situation. Heartless hypocrites like the Clintons want to take this and they want to get rid of guns and yet they have body guards who have guns.”

In a written statement shortly after endorsing Trump, Cox pointed out the significance of this election for gun owners. “The stakes in this year’s presidential election could not be higher for gun owners,” the statement read. “If Hillary Clinton gets the opportunity to replace Antonin Scalia with an anti-gun Supreme Court justice, we will lose the individual right to keep a gun in the home for self-defense. So the choice for gun owners in this election is clear. And that choice is Donald Trump.”

Obama's Pathway to the Borderless World