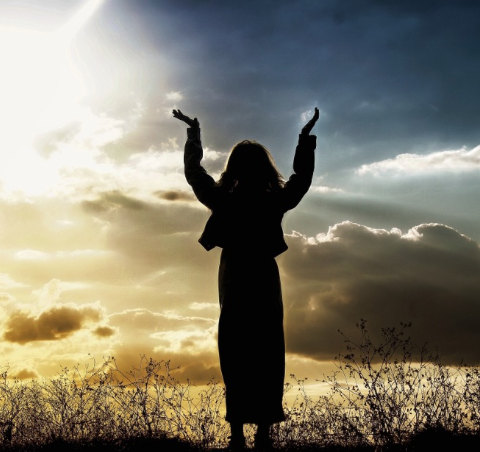 Mother’s Day is a celebration honoring the mother of the family, as well as motherhood, maternal bonds, and the influence of mothers in society…

Every mother has a story to tell. The story usually has a common thread familiar to all mothers. What mother has not experienced the immediate, rushing, overwhelming love felt for a tiny bundle placed in her outstretched arms for the first time, the exhausting nights of endless pacing with colicky babies who refuse to be comforted, the thrill of her baby taking a first step or saying their first word? What mother cannot identify with the roller-coaster of emotions of pride and sadness felt with her child’s first day of kindergarten or the terror of a phone call when a teen-ager is late for curfew and she doesn’t know where he is…and the relief felt at the sound of his car door?

Who can explain to a new mother, when she holds that newborn, that motherhood is forever? Who can explain to her that when her child is in pain, no matter if he is ten, twenty or even fifty, a mother’s heart breaks like no other? A mother will rejoice in her child’s happiness, cry when no one is looking in unbelievable sorrow, and pray like no one else can for that child. Yes, only a mother can understand the unexplainable.

Although Mother’s Day is about honoring women for the love and sacrifices they have made on behalf of their children, I have a small request. I ask that mothers blessed with healthy thriving children, whatever their ages, join me this Sunday in lifting our hands up in prayer for suffering mothers around this world.

“Women were throwing their children from the mountains and then jumping themselves because it was a faster way to die. Our hands were all tied. We couldn’t do anything about it,” she added, recalling the persecution of Yazidis.”

“It is considered legitimate for a girl to be married at the age of nine. Most pure girls will be married by sixteen or seventeen, while they are still young and active,” it said.

In its English propaganda publication, ISIS earlier sought to justify its barbarity, saying it is “Islamic” to capture and forcibly make “infidel” women sexual slaves.

“Before Shaytan [Satan] reveals his doubts to the weak-minded and weak hearted, one should remember that enslaving the families of the kuffar [infidels] and taking their women as concubines is a firmly established aspect of the Shari’ah that if one were to deny or mock, he would be denying or mocking the verses of the Qur’an and the narration of the Prophet … and thereby apostatizing from Islam,” stated the ISIS’ propaganda magazine “Dabiq,” named after a site in Muslim apocalypse mythology.

On this Mother’s Day, we who believe in prayer know there is power in prayer. May we, as mothers, join our hearts and souls together and lift our sisters up around this world who live in horrific fear for their children’s lives and for those mothers who have suffered tragic losses through separation and death. Yet, no matter the adversity, these mothers still sustain an unsurmountable love for their babies–in the midst of unspeakable evil.

Most Don’t Know What They’ve Got, ‘til It’s Gone