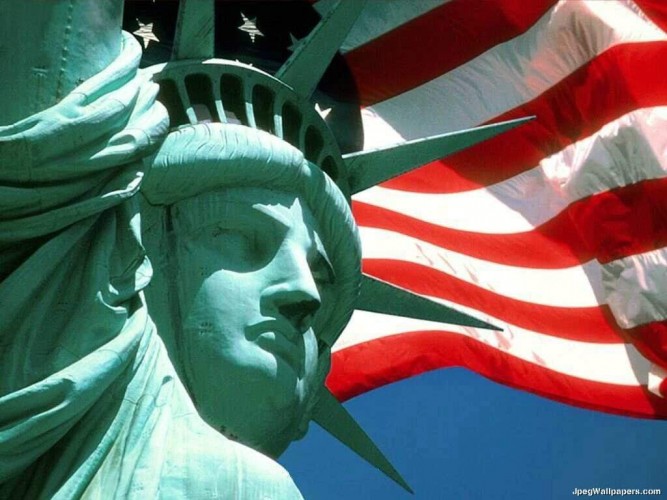 A funny thing with me is that while I get a lot running through my head, quotes and song verses often find their way to the front of my mind.

That Joni Mitchell song has been running through my mind the past few days for numerous reasons. Mostly because of something that I’ve thought about often since living in the United States.  How many millions of Americans who have been born and raised in this country, protected, given and taken every advantage of what the Constitutional Republic has to offer, yet taken it all for granted.

In my years here in the U.S., I have met thousands of people from all walks of life, come to respect many, and admire so much about the spirit of what America always was for me.  One thing I’ve noticed is how many people have been saying that we need to make America great again as if,

America is not great, Or that one person can make it great again.

In “Democracy in America”, French Statesman Alexis deToqueville wrote, “America is great because America is good, and if America ever ceases to be good, America will cease to be great.”

I am by faith and nature a bit Pollyannaish, but I also have a cynical side, which makes me look at things from different perspectives and that usually brings me to the reality of situations.

If America isn’t great, it’s because America is no longer good.

While I still see goodness in so many American people and when comparing the US to so many other countries in this world, I see that much of America still is great.

While people have taken so much for granted, and have been conditioned for too long that exceptionalism, pride and goodness is somehow a bad thing, a ‘phobia’ and a bigoted thing, I see darkness in this country which has been spreading for decades longer than I’ve been alive.

When we come to a place in our times when our Presidential candidates include a Communist running openly as a socialist, a woman who is at least a liar and at worst a subversive threat to our Republic, and a bully who has no problem of attacking a person’s character, family, faith and lamenting the good old days where they could punch a person in the face- we are no longer good.

It’s not necessarily the ‘leaders’, but more so the people who support and promote them.

As I’ve tried to catch up on things around the net today, I see that same bullying, false witness bearing and selfish attitude and spirit in so many people.  When we have men such as Mark Levin, who for years was considered the best conservative Constitutional voice in radio being engaged not in spirited debate but being subjected to despicable anti-Semitic laden vitriol, America is no longer good. When we have regular citizens entering the political arena whether it’s by social media, blogs and you tube who are subjected to character attacks or those who pay and give of themselves to be delegates who are being threatened with violence, we are no longer a good society.

As John Adams remarked in a letter to Officers of the First Brigade of the Third Division of the Militia of Massachusetts in the fall of 1798 “Our Constitution was made only for a moral and religious people. It is wholly inadequate to the government of any other.”

When one studies even just the basics of what the founders believed and those who influenced their beliefs one can get a better sense of not just the historical impact of American government, but the human impact in America and around the world.  It’s no stretch of thought that many of those who care most about America’s foundation which has included blessings of freedom and liberty for over 200 years are those who have come here because of it.  Many of them have suffered under religious persecution, socialist, communist dictatorships and fascism before and escaped to the only nation which has always offered hope of true freedom and goodness which has been preserved in America’s Constitution .

Ronald Reagan’s words echo in many immigrants’ minds, “The United States remains the last best hope for a mankind plagued by tyranny and deprivation.”

So much has happened over the past decade that it’s almost overwhelming.  I used to wonder since I wasn’t born here, who am I to lecture anyone about what America should be and what duties the people and those who run it should be?

I’ve never entered a political or social ‘battle’ believing I’d change people’s minds, but that hopefully I’d make people think, help them to be fully informed of their choices, and reminded of consequences should they vote out of desire for free stuff, out of anger or because their parents voted that way.

Choices do have consequences. We’ve seen that in our lifetimes and even just in the past 2 presidential elections.  While many people can bend with political change, many others vote because they believe in things as a matter of principal and conviction.  Some vote on hope and change, and making America Great again, but they don’t consider the source of America’s greatness, and that hope springs from the same source.

Hope and change, and making this country great don’t come from politicians. Whether or not we will have real hope and greatness comes from the people who vote and if they remember that blessed is the Nation who’s God is the Lord.   My hope rests in the fact that no matter who resides in the White House or leads from the Halls of Congress, that more people will understand that selfless sacrifice, charity, encouragement, morality and decency are outward manifestations of those blessings.

America, don’t wait ’til it’s gone before you realize what you’ve had.

Mother's Day: When Love is not Enough