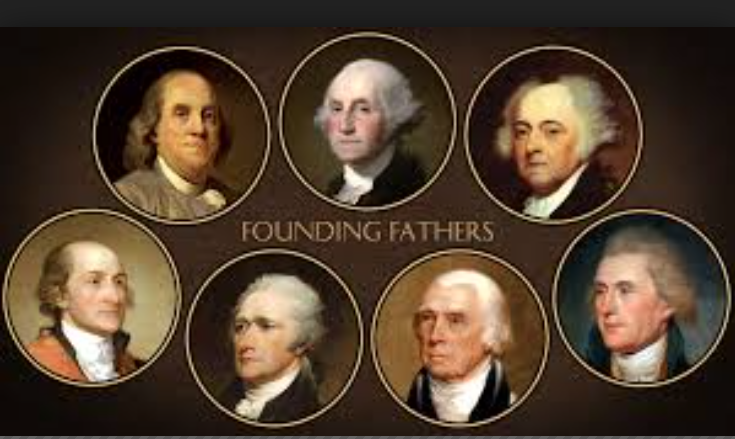 Since our choices for President are now more clear — Trump vs. Hillary — many conservatives and constitutionalists have wrangled with the stark reality that true conservatism is relegated to the minority in this country – at least for the time being.

Hillary Clinton is a staunch progressive with absolutely no ideals remotely construed as conservative. Donald Trump, even as the assumed GOP nominee, has little history of promoting conservative ideals and principles.

We’ve endured nearly eight years of perhaps the most anti-American Presidential Administration in U.S. history. Economically, we see a stagnant economy and a doubling of federal debt. Internationally, we see chaos around the world and newly emboldened adversaries. Domestically, we face a fire-hose of outrageous political correctness and progressive agendas that take the place of morality, decency, privacy, and common sense.

We live in tumultuous times, and our country strays further from both its founding principles and individual freedom. However, neither leading Presidential candidate is the antidote for what ails us. Make no mistake; the cause of the slippery slope we find ourselves on is a complete and often contemptuous disregard for the intent and meaning of our Constitution — by many leaders and some citizens.

Dennis Prager recently wrote, “…America was founded to be an idea, not another country”.   In the same article, Prager also cited Margaret Thatcher: “Europe was created by history. America was created by philosophy”. As conservatives, we can not be deterred when teaching the philosophy of this country’s founding. It is clear that neither major political party today represents conservatives or the Constitution. Conservatism appears to be the only political philosophy in America today that wholly supports and represents the Constitution.

The philosophy of America, envisioned by our Founders, is limited government, freedom, all men being created equal, unalienable (God-given) rights, separation of powers, and the notion of a government receiving its powers from the consent of the governed. Calvin Coolidge, in a speech on the 150th anniversary of the Declaration of Independence in 1926, emphasized the anti-Constitutional and anti-American ideals of progressivism. Coolidge said, “If all men are created equal, that is final. If they are endowed with inalienable rights, that is final. If governments derive their just power from the consent of the governed, that is final. No advance, no progress can be made beyond these propositions. If anyone wishes to deny their truth and their soundness, the only direction in which he can proceed historically is not forward, but backward toward the time when there was no equality, no rights of the individual, no rule of the people. Those who wish to proceed in that direction cannot lay claim to progress. They are reactionary.”

Unfortunately, Coolidge’s assessment in the denial of our founding truths is upon us. Progressives are not making “progress”; they are moving us backwards and claiming it to be “progress”. They are driving America toward the ever-changing and chaotic ideas of man, and away from the unalienable rights from God. They are not making us “equal” nor do they intend to produce equal opportunity. Rather, they force changes in behavior and even thought with legal strong-arm tactics that end up making some more equal than others.

With Obama as the nominal head of this progressive philosophy, the people no longer rule. We witness almost weekly examples of government over-reach and illegal use of Presidential authority. We live in a time where more and more Americans look to the government to solve their problems, to eradicate speech and actions they oppose, and to supply their every need. Too many appear willing to give up their freedom in return.

Our nation was not founded on the idea that citizens should look to government to solve their problems or to silence those they oppose. They sought to create a nation of citizens who have equal opportunities, not equal outcomes. They understood and advocated that God created our rights, not man. The honorable Justice Janice Rodgers Brown said in her Heritage Foundation-sponsored 2015 Joseph Story lecture:

“So we must ask ourselves: What were the ingredients of that mortar, that binding spell, that gave us statesmen like Adams and Madison, judges like Marshall and Story, and presidents like Washington and Lincoln? What made America possible and limited government conceivable? And can we, a polity so greatly changed, recapture the optimism and certitude of the Founders in a world of Big Government and judge-made rights none of them could have imagined? Or was a republic peopled by free men a naïve and childish dream to which we wiser, more sophisticated grown-ups should bid good riddance? Though America seemed a miracle, was it only a product of its time, destined to fail as the sensibilities that produced it faded from the national conscience?”

The principles of our nation’s founding were neither childish nor naïve, and I’m sure Justice Rodgers would agree. We know that maintaining freedom has always been difficult, and sometimes must be fought for against great opposition. This is where we conservatives and Constitutionalists are today! We are fighting against two parties that sometimes speak of the Constitution, but seem unaware of what it really says.

I passed a local church near my home just the other day. The front sign read: “History is Changed by The Few”. We are the few. As conservatives, championing our Constitution and freedom is our role, and I believe that our time in history has come.