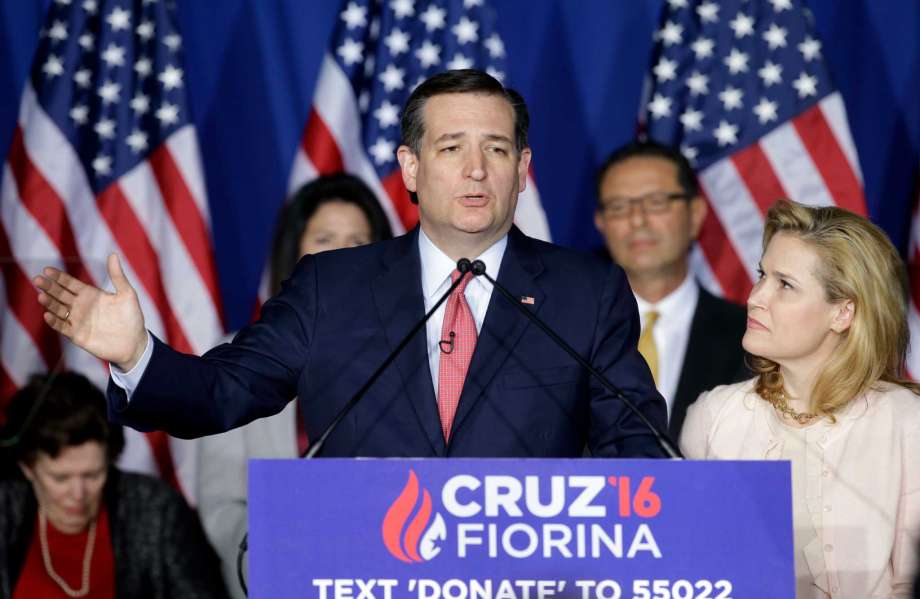 After losing a crucial do-or-die primary in Indiana, Texas Senator Ted Cruz announced he is dropping out of the 2016 race. Here is the transcript of Cruz remarks

Let me tell you about the America that I love. Our nation is an exceptional nation. We were founded by risk takers and pioneers, brave men and women who put everything on the line for freedom. We began with a revolutionary idea that our rights don’t come from kings or queens or even presidents but from god almighty.

That every one of us has an unalienable right to life, liberty and the pursuit of happiness. And that to protect those rights the constitution serves as change to bind the mischief of government.

For more than two centuries, we have protected those rights. We believe in equal rights for everybody, that everybody deserves dignity and respect whether they agree with you or not. That there will always be evil in the world and injustice in the world but America stands up to it and confronts it.

Even from a Montgomery jail our voice for justice and equality rings out for the ages. America is hopeful, optimistic. America is kind. We are not boastful or mean spirited. America is brave. We keep our word and we believe in peace through strength. We have spilled more blood, spent more treasure in defence of liberty than any country in history yet we do not engage in wars of conquest. We do not seek to enrich ourselves at our neighbors’ expense. America is the land that gave my mom, an Irish Italian girl growing up in a working class family the chance to be the first in her family ever to go to college, to become a pioneering computer programmer in the 1950s.

I love you, mom. America is the land that welcomed my father as a penny immigrant. He’d seen oppression, prison and torture in Cuba and for him America was hope. It was opportunity. In 1957, if someone had told that teenager washing dishes for $0.50 an hour that one day his son would be elected to the Senate and he would get a chance to cast his ballot for his son to be president of the United States. That teenage immigrant washing dishes could never have believed it and yet that’s exactly what happened. Only in America.

In recent months, a lot of people have been talking about what happened 40 years ago at the Republican convention in Kansas City, our party’s last contested convention. When I look back at that convention in Missouri, I think of the speech that Ronald Reagan gave to our party. He spoke not of the next four years. He saw not the close horizons that of interest to those who seek to build their own fortunes in the short term but instead he looked to the distance times and that concerned the men and women who’s purpose it is to secure the blessings of liberty to their posteriority.

Ronald Reagan spoke of the next 100 years and of the generations of Americans who would come to know whether our nation had escaped the existential threat of nuclear war, who would know whether our party had succeeded in its fight against the erosion of constitutional freedoms that only grow and multiple under rule of the Democratic party. Ronald Reagan spoke of the purpose that defined our party then and that must unite and drive our party now.

The Republican Party of Ronald Reagan and of George Herbert Walker Bush ensured that thousands of nuclear missiles that the Soviet Union and the United States had targeted each other were never fired and that Soviet communism was consigned to the ash heap of history. They fought hard so that our American freedoms were not lost to any foreign foe nor sacrificed in pursuit of any domestic agenda of the Democratic party.

Yet the challenges we face today remain as great as ever. Americans are deeply frustrated and desperately want to change the path that we’re on. We have economic stagnation at home and our constitutional rights are under assault. Under the Obama-Clinton foreign policy, Russia has emerged as a resurgent threat.

China looks with a covetous eye on the lands of our allies in the region. A nuclear North Korea and a near nuclear Iran yearn to devastate our homeland and radical Islamic terrorism unleashes an evil that threatens the world. This year, two weeks before our party gathers in Cleveland all Americans will celebrate the 240th birthday of the United States of America.

American parents and grandparents will watch the fireworks with their kids and will dream of the grandchildren and great-grandchildren to come and wonder how those future generations of Americans will remember what we do not only this summer but in the coming decades. Will we rise to meet the challenges that face our nation on the international stage or will we withdraw and cower timidly from the world?

Will we secure freedom of thought, expression and religion for future generations? Or will we succumb to the tyranny of a political correctness and the temptation of radical politics and balkanization here at home?

Will we hold fast to our founding values of rewarding talent, hard work and industry or will we continue on that path of creeping socialism that incentivizes apathy and dependency?

Will we deliver control of health care to citizens and their doctors or will we continue down the Obamacare road to second rate socialized medicine?

Will we keep America safe from the threats of nuclear war and atomic terrorism or will we pass onto future generations a land devastated and destroyed by the enemies of civilization?

This is the responsibility with which we have been charged by history. This is our challenge. This is the fight that falls to our generation. When we launched this campaign 13 months ago we saw a movement grow. The pundits all said it was hopeless but we saw over 300,000 volunteers all across this nation.

Over 1.5 million contributions averaging about $60 each. Many of those volunteers, many of those contributions you never forget. Just a few days ago two young kids ages four and six handed me two envelopes full of change. All of their earnings from their lemonade stand. They wanted the campaign to have it. That’s what built this campaign. That’s what fuels this movement.

Thank you to each of you. Incredible patriots who have fought so hard to save our nation. And I’m with you. I am so grateful to you, to my amazing wife, Heidi. To our precious girls, Caroline and Catherine. To my mom, the prayer warrior. To my dad who has traveled this nation preaching the gospel. To Carly Fiorina who has been an incredible, phenomenal running mate. What you have done, the movement that you have started is extraordinary. I love each and every one of you.

From the beginning I’ve said that I would continue on as long as there was a viable path to victory. Tonight, I’m sorry to say it appears that path has been foreclosed. Together, we left it all on the field in Indiana. We gave it everything we’ve got but the voters chose another path. And so with a heavy heart but with boundless optimism for the long term future of our nation, we are suspending our campaign. But hear me now I am not suspending our fight for liberty.

For one thing remains as true today as it was 40 years ago in Kansas City. In this fight for the long term future of America there is no substitute for victory. There is no substitute for the America that each and every one of us loves with all of our heart, that we believe in with all of our heart and that together we will restore as a shining city on the hill for every generation to come.

Thank you to each of you and god bless you.”