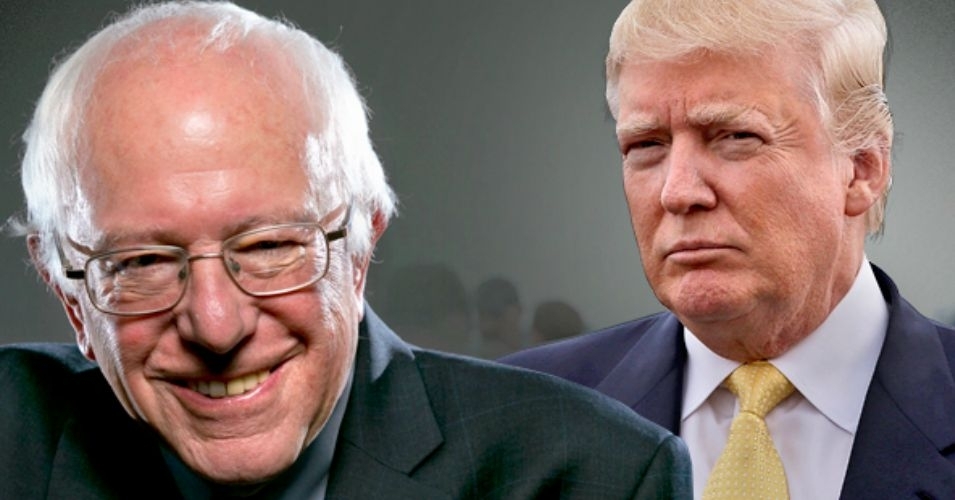 For days the talks of the two outsiders debating amongst captivated the political world as every major network reached out to both campaigns with hopes of hosting the debate. Trump said he is up to debating Sanders after Democratic front-runner Hillary Clinton declined to do so before the June 7 California primary. The invitation to debate Sanders was offered by late night Host Jimmy Kimmel and Trump agreed to participate only if the host networks would donate millions to charity.

During his first press conference after it was announced he clinched the delegate count for the GOP nomination, Trump set a high condition price of $10 Million to be donated to women’s health cause charity for participating due to “sky-high ratings” of the prime-time event. Sanders accepted on twitter, but added the venue should be done in “the biggest stadium possible.”

I am delighted that @realDonaldTrump has agreed to debate. Let’s do it in the biggest stadium possible.

After 48 hours of speculations of a possible debate to take place, Trump decided to wait on debating whoever “the first place finisher” would be.

“Based on the fact that the Democratic nominating process is totally rigged and Crooked Hillary Clinton and Deborah Wasserman Schultz will not allow Bernie Sanders to win, and now that I am the presumptive Republican nominee, it seems inappropriate that I would debate the second place finisher,” Trump said in the statement. “Likewise, the networks want to make a killing on these events and are not proving to be too generous to charitable causes, in this case, women’s health issues. Therefore, as much as I want to debate Bernie Sanders – and it would be an easy payday – I will wait to debate the first place finisher in the Democratic Party, probably Crooked Hillary Clinton, or whoever it may be.”

Sanders quickly slammed Trump for backing out, calling Trump “will-he-or-won’t he act” position on debating him to argue his point.

“There is a reason why in virtually every national and statewide poll I am defeating Donald Trump, sometimes by very large margins and almost always by far larger margins than Secretary Clinton. There is a reason for that reality and the American people should be able to see it up front in a good debate and a clash of ideas.”

During his rally in Fresno, California, Trump pointed out he wanted to debate Bernie but wouldn’t do so since the Vermont senator is in second place.

“If you’re in first place, you don’t want to really debate a guy who’s in second place,” Trump said.

Matt Kibbe Explains Why Socialism Turned Venezuela into a Hellhole