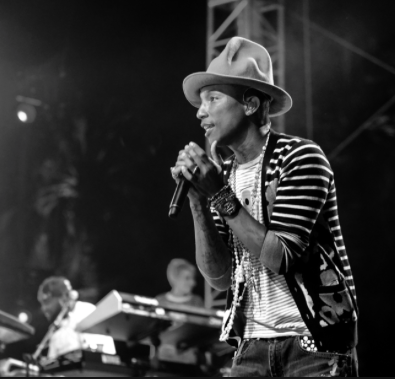 The hate group Boycott, Divestment and Sanctions (BDS) has struck out again.  Despite their efforts to keep musicians and entertainers out of Israel,  they couldn’t prevent Elton John from performing in the Holy Land and now singer Pharrell Williams (“Happy”) will be here.   Previously Def Leppard, Journey, Rolling Stones, Mariah Carey, Beyoncé, and Jerry Seinfeld all took a stand against BDS.

BDS tries to attack Israel financially with boycotting of buying goods, encouraging performers not to perform in Israel. BDS originated in South Africa in 2001 (not in 2005 like they claim). They accuse Israel of being an apartheid state which is far from the truth. Israel is the only Democracy in the Middle East today.

Unfortunately other performers have joined BDS, including Pink Floyd’s Roger Waters.  Waters has been to Israel and Palestinian territory but with a hateful, closed, and uneducated mind of the history of Israel. He was willing to listen to the likes of Abbas and BDS, so ironically he supports a movement which could actually hurt the Palestinians in the long run. This is the ignorance of people who just look for fights without doing the proper research; they do not know who they hurt.

Other entertainers, like Kevin Costner, have dismissed Waters’ discouragement and visited Israel anyway. Howard Stern and Adam Sandler defended Israel against the false apartheid claim from Waters. Scarlett Johansson supported and endorsed Israeli company Soda Stream, which not only helps the Israeli economy but the Palestinian economy as well.

More musicians, actors, performers of all kinds continue to defy BDS and the hateful ignoramus Roger Waters, continuing to do what is right and stand with Israel. As a fan, I personally hope bands like Metallica and Guns N Roses and others will also stand with Israel, but only time will tell. The way to fight BDS is by continuing to share what really goes on here, proving that Israel is not apartheid and showing that the Israeli government cares for all its citizens.