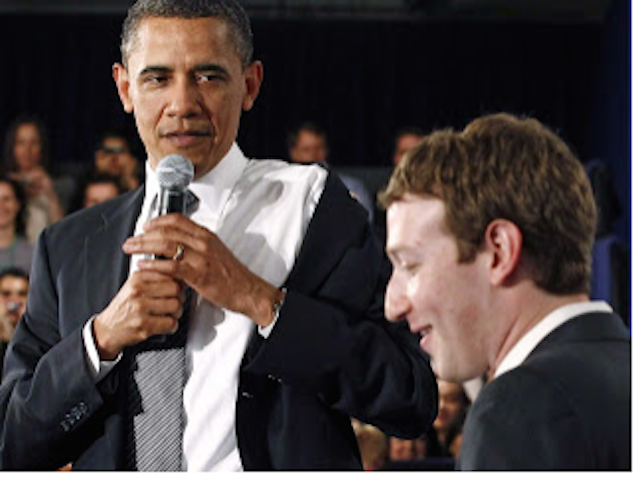 Despite the denials, the stories about Facebook’s bias are real. But the bias isn’t there because of the company’s new technology. Facebook is biased because of its reliance on the biased old media.

Facebook’s trending topics wasn’t the automatic system that the company wanted people to think it was. Instead it hired young journalists with new media experience to “curate” its news feed. And plenty of them proved to be biased against conservative news and sources. Meanwhile someone at the top of Facebook’s dysfunctional culture wanted to play up Syria and the Black Lives Matter hate group.

Mark Zuckerberg’s fundamental mistake was recreating the biases and agendas of the old media in a service whose whole reason for existing was to allow users to create their own experience. The big difference between social and search is that social media is supposed to let you be the curator.

But, like Facebook’s trending topics, social curation was another scam. Facebook users don’t really define what they see. It’s defined for them by the company’s agendas. This includes the purely financial. It would be foolish to think that the fortunes that Buzzfeed spends on Facebook advertising don’t impact the placement of its stories by Facebook’s mysterious algorithm. And there is the more complex intersection of politics and branding in an age when business relevance means social relevance.

Twitter piggybacked on the Arab Spring to seem relevant. Facebook has used Black Lives Matter. Social media needs to be associated with political movements to seem more important than it is. Zuckerberg doesn’t want to head up a shinier version of MySpace that was originally set up to rate the attractiveness of Harvard girls. Being socially relevant is better for business. Especially when the business is vapid at its core.

Social media needs social relevance to disguise the narcissism at the center of its appeal.

Finally, a company worth hundreds of billions of dollars is not about to let users define their own experience even if that’s what they signed up to do. Facebook does not empower users. It seeks to shape and control their experience for its own power and profit. Facebook’s news feed is just as curated as its trending topics. The news feed depends more on algorithms, but those are still shaped by agendas even if they aren’t as simple as overworked left-wing journalism majors spitefully purging stories about IRS corruption from the trending topics on the right.

The entire purpose of the feed, the firehose of content blasting across your Facebook page, was to create a common experience with individualistic touches that the company could control. Facebook was moving from the personal to the impersonal. The social media company was trying to become more like the media that it had replaced. Its current publishing alliance with the New York Times shows just how mainstream it is trying to become.

Zuckerberg’s dirty little secret is that he’s not a visionary. His vision for Facebook is a platform for old media. His endgame is a bunch of stories and videos from all mainstream media companies. But the only reason for those companies to set up shop on Facebook is access to its huge user base. And that base has to be tricked into believing that the mainstream media content it’s seeing in its feed is there by choice.

Facebook’s trending topics is a window into its future. It’s a biased future that recreates the same biases and agendas of the news media. Because that’s what Facebook is meant to become.

The company is much more interested in media than in people. The more Mark Zuckerberg tries to be progressive, the more he misunderstands the critiques of his lack of empathy. And so Facebook’s evolution leverages its user base while trying to turn them into passive consumers of corporate content.

Meanwhile the New York Times and other media companies roll out native advertising with fake news stories that promote real products and which exist only to trick people into clicking on them. The biggest business on Facebook is high end spam overseen by major journalists and famous brand names.

All of this is alienating Facebook users. Active usage is falling sharply. Fewer users are sharing personal content. Personal update sharing fell 15 percent this year and 21 percent for the years before. But that’s what Zuckerberg wants. Facebook is becoming less of a personal site and more of a political one. Instead of millions of people trading baby announcements and family reunion photos, it’s evolving into a collective stream of ads and news stories that is indistinguishable from the mainstream media.

Facebook is not driven by user curated content or by an impersonal collection of algorithms. Like CNN or the New York Times, its agenda emerges from the political views and economic needs of its leadership. Its algorithms are not impersonal data driven metrics, but as human curated as its trending topics. The personal views of Facebook users are becoming as relevant as the comment page under a CNN story.

What Facebook wants you to believe is that it is researching how to cater to your tastes and interests, but what it’s really doing is figuring out how to convince you to click where it wants you to. It has morphed from a social media company to a media company. The social part is increasingly a scam.

The internet counters institutional bias with open access. Facebook is institutionalizing all the existing biases in the media industries that it wants to absorb. It can’t become less open without becoming more biased. The less control users have over content, the more their experience is dictated by big picture corporate agendas and the low level content screeners who decide whether your post is offensive.

Facebook isn’t a social experience anymore. It’s a massive content machine that agrees to occasionally let you show off your baby shower pictures underneath fake viral content from its media partners. Its leadership, its employees, contractors and its media partners don’t like conservatives. And it shows.

Facebook doesn’t want to know what you think. It wants to tell you what to think. And it wants to do it while pretending that it was your idea all along.

A New Day Has Dawned in the State of Israel