In the Washington Post, Petraeus complained about the “inflammatory political discourse that has become far too common both at home and abroad against Muslims and Islam”. The former general warned that restricting Muslim immigration would “undermine our ability to defeat Islamist extremists by alienating and undermining the allies whose help we most need to win this fight: namely, Muslims.” 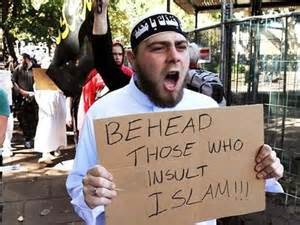 At Rutgers, Obama claimed that restricting Muslim immigration “would alienate the very communities at home and abroad who are our most important partners in the fight against violent extremism.”

If we alienate Muslims, who is going to help us fight Muslim terrorism?

You can see why Obama doesn’t mention Islamic terrorism in any way, shape or form. Once you drop the “I” word, then the argument is that you need Islam to fight Islam. And Muslims to fight Muslims.

This is bad enough in the Muslim world where we are told that we have to ally with the “moderate” Muslim governments of Saudi Arabia and Pakistan to fight the Muslim terrorists whom they sponsor.

Petraeus has troublingly close ties to the Saudis. He defended their oil dumping program, praised the role of Islamic law in fighting Islamic terrorism and endorsed their Syria plans. While defending the Saudis as allies, he blamed Israel for America’s problems with the Muslim world. The narrative he was using there was the traditional Saudi one in which Israel, not Islam, is the source of the friction.

He defended Pakistan as an ally and claimed to believe the Pakistani excuses that they did not know Osama bin Laden was living right in their military center and that they really wanted to fight the Taliban.

Obama’s “partners” against “violent extremism” have included Muslim Brotherhood terror supporters at home and abroad. He backed Al Qaeda’s LIFG in Libya, Iran’s Shiite terror militias in Iraq, Al Qaeda allies in Syria and those are just a few of the worst examples of his partners against extremism.

But it’s Muslim immigration where their argument really shines.

These are undeniable facts.

When you’re in a hole, stop digging. Muslim populations are a hole. Immigration is the shovel. Dig deep enough and you’re six feet under.

Even if the mainstream narrative about a moderate majority and extremist minority were true, how could the cost of Islamic terrorism justify the expansion of even moderate Muslim communities? 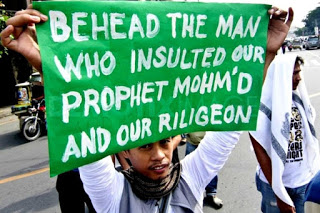 9/11 cost us $3.3 trillion, over 10,000 dead, a national loss of privacy and traumas inflicted on millions. What could any number of moderate Muslims possibly contribute to outweigh all that? If it were a debt, it would take a thousand years to even begin balancing out those scales. And instead of trying to make amends, Muslim groups like CAIR and ISNA have waged a relentless campaign to undermine national security and defame Americans. They have refused to cooperate with law enforcement, defended terrorists and denounced America. These are our “moderate” partners.

But the Obama/Petraeus narrative about needing partners in Muslim communities in America implicitly concedes that Muslim communities at home, like the Saudis and Pakistanis abroad, create environments in which Islamic terrorists can safely operate. They admit the existence of Islamic no-go zones where the FBI and local law enforcement are ineffective so that we have to treat parts of Michigan or New Jersey like Pakistan or Iraq, trying to work with untrustworthy allies to gain intelligence on enemy territory.

We have to work with CAIR or ISNA, the way we do with the Saudis or Pakistanis, even though they’re untrustworthy, because they’re all we have in parts of America that have become enemy territory.

This argument is terrible enough in the Middle East. But it’s horrifying in the Midwest.

It’s bad enough that we sign off on “partners” who finance terrorists and then pretend to fight them in Syria or Afghanistan, do we really want to be doing this in Illinois or California?

The real problem, as Obama and Petraeus indirectly concede, is that Muslim communities create an ideal environment for Muslim terrorists. The last thing that we should be doing is building them up.

Even if Muslim communities were an asset, the Obama/Petraeus narrative is that they benefit us by helping us deal with the problems that they cause. The obvious question would be to wonder why we need them in the first place to help us cope with a problem that wouldn’t exist without them.

Muslim immigration isn’t a solution. It’s a problem posing as a solution. And we are told that we need to make the problem bigger in order to solve it. Muslim immigration has yet to reduce terrorism in any country. The increase in Muslim populations has not made Europe any safer. On the contrary, it has increased the risk of terrorism. The same is also true in Africa, Asia and across the Middle East.

The plan to reduce the risk of terrorism by increasing the Muslim population has failed around the world. Nor has it ever worked in the United States. What are the odds that it suddenly will now? 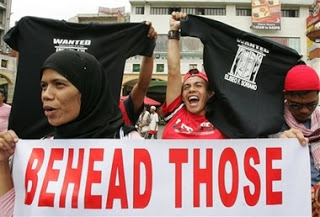 Building a counterterrorism strategy around creating more terrorism is not a strategy, it’s a suicide mission. Using Muslim immigration to fix a terrorism problem caused by Muslim immigration is like drilling a hole in a boat and then trying to plug it with water. Europe is sinking and if we don’t stop importing hundreds of thousands of Muslims, we’ll be facing the same problems that Europe does.

“It is precisely because the danger of Islamist extremism is so great that politicians here and abroad who toy with anti-Muslim bigotry must consider the effects of their rhetoric,” Petraeus insists.

It’s a compelling argument, but not in the way that he thinks it is. If Muslims can’t handle the full spectrum of argument, debate and namecalling that is a part of life in a free country without turning homicidal, then something has to go. According to Petraeus, it’s freedom of speech. According to others, it’s Muslim migration. Americans will have to decide whether they would rather have freedom of speech or Muslim immigration. Because even the advocates for Muslim migration are increasingly willing to admit that we can’t have both. The choice is ours.

Either we can hope that Islam will save us from Islam. And that Muslims will protect us from other Muslims. Or we can try to protect ourselves and save our lives and our freedoms from Islam.