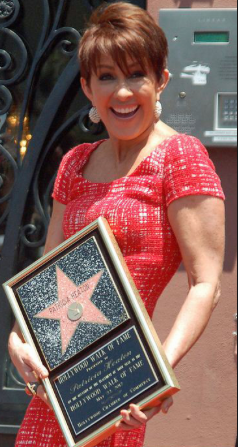 On May 12, actress Patricia Heaton quoted a tweet from Gloria Purvis, which featured a YouTube video from Northwest Center, a pregnancy center and maternity home. The video featured a compilation of families describing their experience at the center and saying how they don’t know what they would have done without the center. Heaton quoted the tweet simply saying “Choose, celebrate and support Life! Thanks Northwest Center!”

“Heaton’s tweet, posted with gratitude on the Northwest Center Facebook page, was fairly innocuous – supportive, again nothing political and the word abortion is never mentioned…” reports National Review Online. Heaton’s tweet went viral and was the top trending story on Facebook, or fakebook as the #1 talk show radio host Rush Limbaugh would say. However, despite the lack of political content in Heaton’s tweet, Facebook called it “anti-abortion,” according to Larry O’Connor for Hot Air. O’Connor took a screenshot of the story on Facebook and posted it in his report for Hot Air.

Heaton is the star of ABC’s The Middle and formerly of Everybody Loves Raymond. Heaton is has previously identified herself as both a conservative and a Christian. Unlike many in Hollywood, Heaton’s words match her lifestyle, Heaton is known for being outspoken about her faith, stance of politics, and pro-life position. As a mother of four, Heaton walks and talks what she believes.

Heaton is taking heat not so much for her positions, but because she dares to defy the odds of being the typical liberal, Hollywood celebrity. Not only does she refuse conform to the cookie cutter mold that she is supposed to fit in to, but she is outspoken about it as well. Heaton is attacked less for conservative positions, but more for the fact that she is making it known to her fans exactly where she stands on politics, faith, and life. To liberals, it’s bad enough that such a thing as a conservative celebrity exists, but if you’re quite about it, they are more likely to tolerate you though. But because Heaton refuses to remain silent about her beliefs, she is bad news for liberals.

What makes it worse for Heaton is that she is a woman who represents four things that a Hollywood celebrity is not supposed to be: female, conservative, pro-life, and a Christian who is outspoken about her beliefs. Liberal’s mind=blown. For liberals, female celebrities are supposed to be the champions of liberal feminism. They are supposed to be leading the charge of the pro-choice movement. But Heaton refuses to conform. Patricia Heaton is a liberal’s worst nightmare come true.