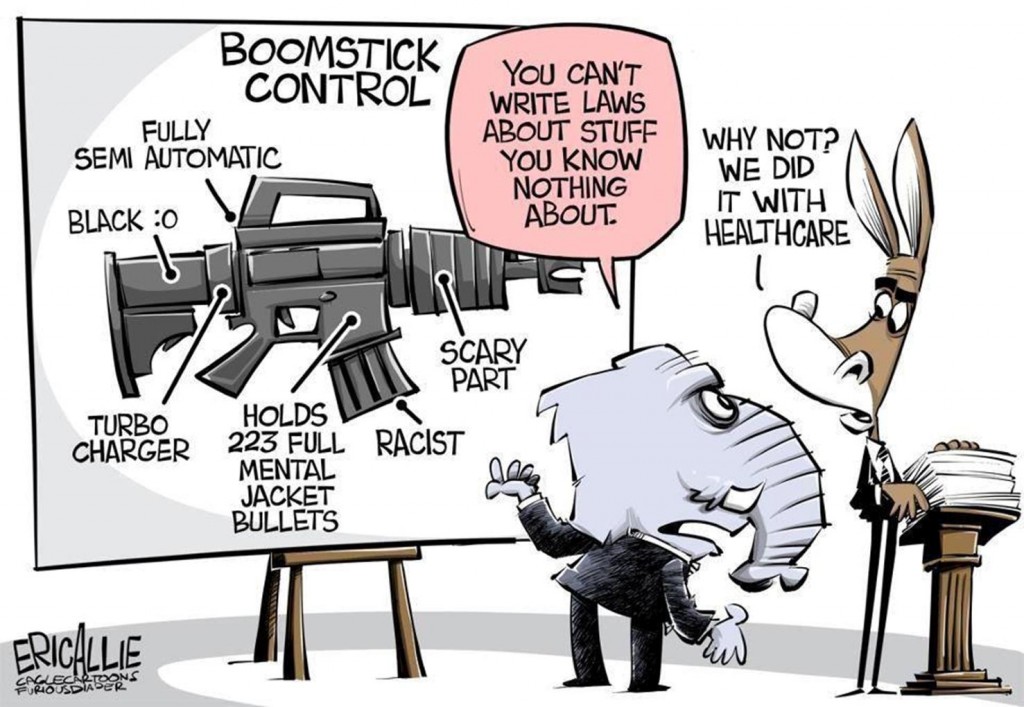 When you look at the freedoms enumerated to us under the Bill of Rights in the U.S. Constitution, it’s interesting to note not just what they are but the order in which they are listed. It gives you a glimpse into the priorities and thought processes of the Founding Fathers. After numbers one and two, which we’ll discuss in a moment, we have the Third Amendment. If you don’t know offhand what it is, don’t feel bad – most people don’t. It’s actually an explicit prohibition on the government forcing private citizens to let soldiers stay in their home without consent, which (thankfully) isn’t an issue that comes up in modern times. But if we take a moment to imagine that it does, envisioning a world in which the federal or a state government might well order us to open our homes to armed strangers (even heroic strangers, as those serving in the military), we can begin to understand why it was so essential to the Founders that we be protected from this practice. Rights that come later, such as due process, legal representation, and immunity from self-incrimination, are important too, but I’m forced to agree that security in my home – which is also discussed more generally in the very next entry, the Fourth Amendment – trumps them.

Then we have the First Amendment, which everyone knows guarantees freedom of speech and freedom of religion. These are the very cornerstones of American society, so again, I concur: They’re the most important considerations of all and deserve their place. But of everything else, of all the important rights that the Founders could have given a spot second only to the foundation of our civilization itself, they chose the right to keep and bear arms.

That’s why it’s so disturbing to me as a woman that, seemingly forever, this essential right has been under attack. And I’m very sorry to say that of all states in the Union, the people responsible for this attack have enjoyed some of their greatest successes in California. Our gun rights in this state have been severely eroded, and in April it got even worse. In a legislative push that the Firearms Policy Coalition (FPC) has labeled “GunMeggedon”, a wave of ten gun control bills were proposed, eight of which have already received a passing first vote out of committee. Some of these bills are downright draconian, likes the one that limits clip sizes, the one that extends the statute of limitations on non-violent (and I repeat, non-violent) gun crimes, and – worst of all – the one that bans semi-automatic weapons and requires registration of those currently owned. We also have more benign-seeming offerings, like funding for “gun violence research” and the beginnings of mandatory ammunition tracking, but there’s no reason these wouldn’t do what anti-gun legislation has always done, which is to set a precedent upon which gun grabbers can simply build in the future.

The FPC has warned that with all this new legislation under consideration, California is reaching a “point of no return” in its seemingly inexorable slip into deeper and deeper gun control. I think that should frighten and offend any honest American citizen greatly. When the government tries to restrict or take away your guns, it is effectively saying that you cannot be trusted with them. Never mind that you are a law-abiding citizen who only wants to exercise your right to protect or provide for your family; as far as they’re concerned, you could be a criminal, so it’s easier just to disarm you. We are not the government’s children, and we do not get our rights from them. Actually, it is they who get their rights from us. Ours come from God, and only He can take them away.

The Founding Fathers recognized this, and they chose the right to be armed as representing one of the dearest and most important of all rights with which we are endowed by our Creator. We would do well to recognize their wisdom, and to cherish this sacred right. That means we must preserve it, and never allow our government to strip us of it.

Brian Bledsoe: My Life As a Delegate, From State to National