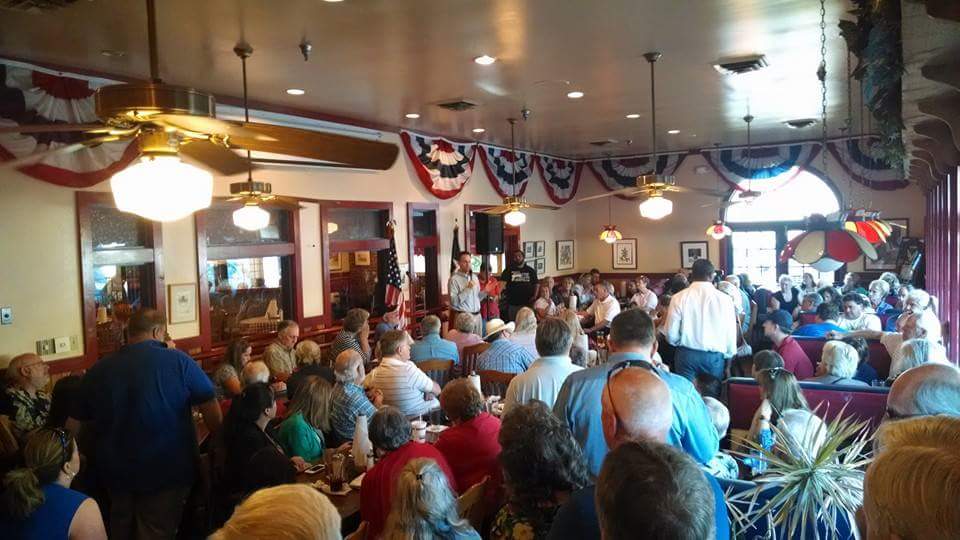 In 2014, the Republican Party of Texas Convention was coming up in a few days and the Northeast Tarrant Tea Party was holding an urgent meeting to inform people about some proposals that were being considered. Due to the nature of my job, I’m not able to attend a lot of meetings but I was able to make this one and wanted to know more about what will be going on in a few days at the convention. At one point someone suggested that more conservatives need to be delegates because it’s there where people can make a difference not only by the numbers to be heard but also be there for the formation of the party platform. Now at this point in my political engagement was mostly consisted of attending meetings and volunteering when I can, but I haven’t really looked at getting into the process of how things are done but it did interest me. So right after the meeting concluded, I ask some people about what I need to do become a delegate. They told that it was too late to become a delegate for the 2014 convention because it was literally coming up in a few days, but if I’m still interested I can look to become one in 2016. That’s where my journey began.

For the next two years, I continued to attend meetings and talk with party officials and many local activists learning more and more about what I need to do to have a good chance to be selected as a delegate. There are a number of procedures, a little paperwork and the need to network but given that I started so early a few years ago I was able to take my time and not get overwhelmed with it all. After attending the precinct convention and senatorial convention, I was selected as a state delegate! A number of people inside and outside the party were very instrumental in helping me and without their help, I’m certain I wouldn’t be in the position I am right now. It has been such an educational and actually enjoyable time these past two years and now a few days before my first state convention, I’m excited to get the opportunity to get this experience! Back in 2014, when I first asked about becoming a delegate the thought of trying to go to the National Republican Convention wasn’t even a thought. The more I talked to various people about it, the thought going to national seem like it was a shot.

I found out that trying to become a state delegate was one thing, to start from precinct, then to senate, then state but to take the step from state to national is wide gap. The two aspects that took me by surprise was the cost and the thought of basically running a mini-campaign. I knew there would be some cost in going to the national convention but I never got into asking anyone about it. Once I knew that I was a state delegate and chatted with people about trying to go to national, that’s when heard of the cost and it was more than what I expected. The second part was having to make calls, send emails and speak at meetings about me running for national delegate. I made my first public announcement at the inaugural meeting of the Grapevine Republican Club and I was a bit nervous but it went well, so I thought. After my announcement I sat down and my wife informed that the announcement was good but I forgot to say my name! The first few calls felt so weird, I’ve made hundreds of calls for various groups and campaigns but now I was calling, for me. After those few calls pass, and sending some emails, I became little more comfortable. I’m actually glad that I didn’t know about these factors earlier, because I maybe would have used that as an excuse to back out of running for national delegate. I’ve truly enjoyed the journey this pursuit has taken me and prayerfully this is not the end but if so it’s been fun!

(Editor’s Note:  Brian Bledsoe was recently featured in the Texas Star-Telegram.  Read about it HERE.)