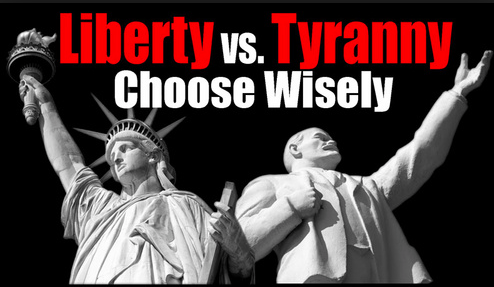 Last Monday, the Colorado Supreme Court refused to review Masterpiece Cakeshop v. Craig. The case featured a devoutly religious baker Jack Phillips who, in 2012, before same-sex marriage was legal in Colorado, declined to bake a cake for a gay marriage event. Mr. Phillips’ refusal was based on his religious beliefs and conscience.   This latest ruling allows to stand the lower court ruling that the bakery owner discriminated against the couple who wanted the same-sex marriage cake.   Essentially, this means that as a business owner in Colorado, you will be forced to offer yours services in a gay marriage event or ceremony, regardless of your deeply held religious views.

Let’s be clear about these cases where bakers, photographers, and land owners, have been fined and reprimanded — and even lost their businesses — because of their refusal to participate in a gay marriage event.   These cases are completely misrepresented in the courts and the media as business owners declining to serve gays because they are gay. The truth is that they refuse to participate in events/ceremonies or express messages (speech) that are counter to their religious beliefs.   In most, if not all, of the media-covered cases, the business owners have previously served all types of individuals, including gays. What these business owners refuse to condone is a particular message or event. They refuse service because of their religious belief that such a union is not biblical and participation is counter to their religious conscience. These beliefs are not new, and not limited, to the Christian faith. As religious beliefs, they are supposedly protected by the First Amendment to the Constitution.

After the earlier ruling, Mr. Phillips stopped making wedding cakes altogether. He was ordered by the Colorado Human Rights Commission to change his business practices, submit quarterly reports about the customers he refuses to serve, and “retrain” (i.e. re-educate) employees to serve everyone. How did we reach the point where big government decides what your religious conscience should be and how your business should be run?

However, all is not equal in Colorado when it comes to the religious beliefs of the business owner. In 2014, the Azucar bakery in Denver was approached by a Christian male, Mr. William Jack, with a request for two cakes to convey that same-sex marriage is, in his words, “un-biblical and inappropriate.”   The Catholic bakery owner refused to make the cakes as requested because she deemed it hateful and against her beliefs. Mr. Jack reported the incident and eventually it was decided by the Colorado Civil Rights Division that THIS bakery owner had the right to refuse service and did not discriminate against Mr. Jack.

In both Colorado cases, each bakery owner should have been free to run their business based on their religious conscience. If the Azucar bakery owner thought the cakes hateful and counter to her beliefs, she should be able to decline the request without repercussions. However, why was Mr. Phillips denied that same option? What does it say when one bakery owner refuses to participate in a gay marriage event and is condemned by the state for doing so, yet the other baker who refused to make an anti-gay marriage cake was within her rights to do so?

When the state arbitrarily decides which “rights” are appropriate based on notions of political correctness, and counter to the First Amendment, then we live in tyranny.

Hypocrisy isn’t limited to the government regarding moral, religious, and common sense ideas. In response to the recent North Carolina “bathroom” laws protecting women and children, companies and performers including Pay Pal, George Clooney, Pearl Jam and Bruce Springsteen, refused to offer services in that state. Supposedly, this is an act of conscience. However, the people defending the “right” of these entities / individual to refuse service in North Carolina are the same ones attacking the bakers, photographers, and other businesses doing the same thing with gay marriage.

Jack McCrory, the governor of North Carolina, outlined several examples where these performers operate in other states and countries despite similar or even more restrictive laws. According to McCrory, 29 other states have laws similar to North Carolina. These performers and companies do business in many of those 29 states and many do business in countries, such as Singapore, China, and Russia, where gay marriage and LBGT relationships are banned and civil rights abuses are numerous.

When we get to the heart of the matter regarding same-sex “marriage” and “transgender” bathrooms, we now live in a time when “discrimination” is a one-way street. As one ACLU lawyer put it regarding the Colorado baker, “Mr. Phillips is free to advocate and teach his beliefs, but when he opens a business that is open to the public, he is not free to use those beliefs to discriminate.” In other words, this lawyer and most on the Left, believe that your religious beliefs should stay at home and in church. You have no rights or protection when your religious beliefs are part of the fabric of your business. However, those with Left-approved ideologies have the right to live their conscience and base business decisions on their political beliefs.

Thomas Jefferson, among many other founders, often spoke of religious liberty. His writing to Captain John Thomas on November 18, 1801 clearly supports the cause for personal religious expression: “[The] liberty to worship our Creator in the way we think most agreeable to His will [is] a liberty deemed in other countries incompatible with good government and yet proved by our experience to be its best support.” The First Amendment is a reflection of Jefferson’s words–explicitly protecting the unalienable rights to free speech and religious freedom. Yet our courts, liberal advocacy groups, corporate entities, and celebrities seek to eliminate the rights of Christians while applauding those redefining marriage and refusing service on based on political ideology.

We are a becoming an America where religious expression and freedom are marginalized by the cultural ideology of the day and promoted by a complicit political and judicial system.   The first Supreme Court Justice of the United States, John Jay, held a Constitutional view that is anathema to that of the Colorado Supreme Court: “[It is] the duty of all wise, free, and virtuous governments to countenance and encourage virtue and religion. I therefore recommend a general and public return of praise and thanksgiving to Him from whose goodness these blessings descend. The most effectual means of securing the continuance of our civil and religious liberties is always to remember with reverence and gratitude the source from which they flow. ”

We would do well to heed the words of Chief Justice John Jay. The Left appears insatiable in its desire to alter our society’s attitude and belief system on any range of issues. Dissent is met with angry public condemnation and lawsuits. Today, it’s the baker who fights this tyranny. Tomorrow, it may be YOU.

Sources not already linked above:

Why Donald Trump Scares Me