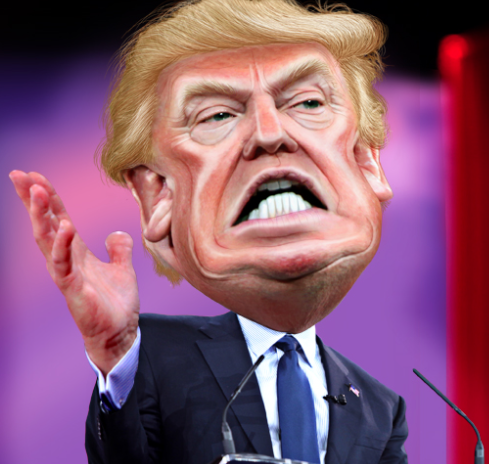 As the 2016 race for the GOP nominee began to take shape and candidates began stepping forward, gaining momentum, and attracting followers, Donald Trump made it very clear that he was in it to win it. I’ll admit, I am impressed by Donald Trump. I am impressed by the fact that his statements are drastic and unashamed and I am attracted to his “I don’t care what people think” attitude. It was refreshing to watch unfold. In an age of political correctness, I appreciated that someone running for president of the United States (who probably should be the model of PC) was saying it how it was.

As the race has continued to unfold however, I began to start to question his methods of communication. It seemed that every other day I was watching Trump and his team do damage control for some comment, statement, or speech that was delivered in bad timing or bad taste. I began to reconsider, not necessarily what Trump was saying, but how he was saying it. It made me wonder what the world would look like if we had a president who was uncensored, unashamedly honest, and the opposite of politically correct. Would his method of communication have serious ramifications in our country and in our relationships with other countries?

This issue of Trump’s outspoken impulsiveness recently came to a head when the media blew up over comments he made regarding abortion and how he believes that women who have illegal abortions should be punished for breaking the law. Although I agree with his statements that abortion should be illegal, it was interesting to watch the mainstream media outlets pounce all over these statements. Not too long after these comments were made I was sitting next to a fellow passenger on a recent flight and our talk turned to politics. He expressed himself as a very strong conservative, but he was bothered by Trump’s blatant insensitivity towards women through these comments as well as through his recent attacks on Megyn Kelly and Heidi Cruz. Messages and platforms matter in an election, but effective communication and how those platforms are portrayed should not be overlooked.

Tone of voice and how you convey a message frequently is more powerful than the message itself. Think about it, we all respond more favorably to someone asking us do something for them or even someone correcting or criticizing us if they do it in an appropriate and respectful tone of voice. The future president of the United States should not be an exception to this rule. I believe that so much of the flack that Trump is receiving from conservatives and liberals alike is not always for what he is saying but how he is conveying it. Do we want a leader who completely devalues sensitivity to portray strength? Would our foreign relationships be negatively influenced by a leader who has serious pragmatic deficits? In the Bible, the book of Proverbs has so much to say about the words that come out of our mouths. One passage in particular says that “a word fitly spoken is like apples of gold in pitchers of silver.” The meaning of that verse only became clearer as I grew into my teen and adult years. I realized that even if I have the right thing to say, I need to say it “fitly” or in modern English, appropriately, sensitively, and with the appropriate tone of voice. Trump’s message may be spot on, but is he conveying it appropriately, respectfully, and sensitively to his listeners?

I was recently reading the autobiography of Eleanor Roosevelt and she was describing why she believed her husband was such a successful leader. She stated that “a good politician is marked to a great extent by his sense of timing. He says the right thing at the right moment.” We’ve seen leaders in this country demonstrate impeccable timing and sensitivity as they address recent tragedies within our country. President George W. Bush demonstrated leadership and strength in press conferences and public speaking events in the days after 9/11 and united our country in a way that has yet to be replicated. On the flip side, I’ve also seen our current president use tragedies such as some of the most recent mass shootings, as a platform for gun reform laws and stricter gun control. His insensitivity to the recent tragedy and his desire to push an agenda on a grieving people is a prime example of the importance of how poor timing and insensitivity weakens leadership and divides a country. It makes me wonder how Donald Trump would handle a terrorist attack or a tragedy in the United States. Would his words and actions as president unite our country or cause further division due to a perceived lack of sensitivity and appropriate timing?

As we continue to assess the nominees for our next presidential candidate, let’s not forget these simple communication guidelines and how critical they are to a candidate’s leadership abilities. The communication method of a political candidate is directly correlated to his leadership skill and style. Impulsive, rash, and insensitive speech generally stems from a similar set of beliefs and morals that will manifest itself not only through what is said, but through actions that are taken and decisions that are made. As we think about who we want as the next president of our country, we need to decide between who will say he can make America great again and who actually will.