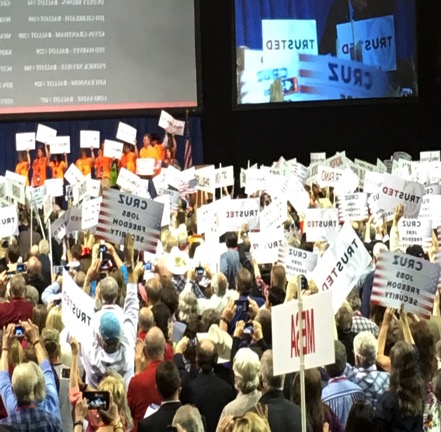 Colorado was “Cruz Country” on April 9th as Senator Ted Cruz completed his sweep of Colorado delegates. However, the Trump campaign took note of a multitude of irregularities.

Alan Cobb, a senior advisor to the Trump campaign told Politichicks that they are not ruling out contesting Colorado delegates. “We are gathering all the facts and documenting everything,” Cobb said.

Numerous irregularities surfaced before the convention from violating party bylaws to withholding information on convention rules.

Here is a detailed breakdown of some of the issues: 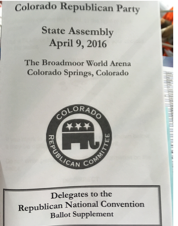 Candidates for national delegate were disenfranchised at the State Convention.

Candidates for national delegate were also disenfranchised at the Congressional Assemblies and Convention. Attendees across all seven congressional assemblies and conventions reported that candidates who submitted their correctly filled paperwork on time were missing from the ballots. 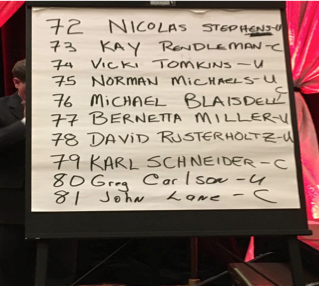 The CD lists of candidates are generated by the state party based on “letters of intent” submitted by those eligible to run. Some candidates on a previous version of the list found their names missing from the updated list. 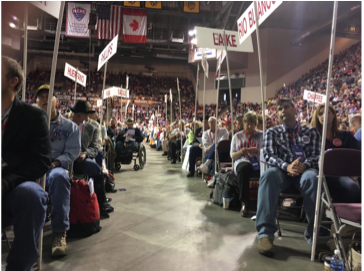 Delegates were shut out from participating in the process at the State Convention. Process irregularities included an absence of microphones on the convention room floor, discouraging delegates from calling out “points of order” and “points of information” as per Robert’s Rules of Order. Attendees of the Congressional Assemblies and Conventions report that microphones were available at their respective meetings.

The State GOP violated party bylaws related to the State Central Committee (SCC) meeting that covered agenda items related to the State Convention. The day prior to the State Convention, the State Central Committee (SCC) convened a meeting to discuss convention issues—with less than a week’s notice to central committee members in violation of state party bylaws. The state GOP sent out the notice as an “amended” call, however there was no original call to amend. This was confirmed by several SCC members.

At the meeting, SCC members did not receive copies of the Standing Rules for the State Convention. A delegate who was not a member of the SCC was reported to have seconded one of the motions in the meeting.

The parliamentarian was not a Professionally Registered Parliamentarian (PRP), but an attorney with a longstanding relationship with the Republican Party. According to an RNC source who wished to remain anonymous, the RNC recommended at their Spring meeting in South Carolina that state parties hire PRPs for their state conventions.

When confronted if he was credentialed as a PRP with either the National Association of Parliamentarians or the American Institute of Parliamentarians, Campo stated, “ I don’t remember if I am or not. I used to be a long time ago.” He referred to the credentialing organizations as mere trade associations. “You can be a parliamentarian who is qualified without paying a hundred dollar dues to an organization that primarily exists to get people’s dues,” Campo said, emphasizing his extensive experience. After continued questioning, Campo stated that he would join one of the associations.

The state party charged delegates $65 and alternates $45 to attend.